Columbus, OH 43235
DUI, Criminal and Traffic Tickets
The Ohio State University Michael E. Moritz College of Law
Compare Save
Show Preview
View Website View Lawyer Profile Email Lawyer
The focus of the Dominy Law Firm, LLC is representing clients charged with criminal offenses and DUI / OVI offenses in Columbus, Ohio (Franklin County) and the central Ohio are. We recommend educating yourself about your situation before making any decisions about your case. One great way to do that is the website of the Dominy Law Firm. For DUI / OVI cases, another great way to learn more is to read the book Shawn Dominy authored: 'I Was Charged With DUI/OVI-Now What?!'. That book is available for sale online, and the e-book can be...

In 2014, Tyler took a break from practicing law to serve on active duty as in officer in the United States Army. His assignments were primarily in infantry and special operations units, most recently with 3d Battalion, 75th Ranger...

Columbus, OH 43202
Free ConsultationDUI, Criminal, Estate Planning and Probate
Capital University Law School and Ohio State University - Columbus
Compare Save
Show Preview
View Website View Lawyer Profile Email Lawyer
I have had extensive trial experience since licensure in 1994. I handled thousands of criminal trials, hearings, probate estates, and divorce or custody related hearings. I can practice anywhere in Ohio and Federal court. My reviews under Wolfe Legal Services on Google and Avvo.com show only a fraction of the clients we have represented. Please contact me any time for a free phone consultation, or you can send a text message requesting a callback.

Columbus, OH 43215
Free ConsultationDUI, Cannabis Law, Criminal and White Collar Crime
Thomas Jefferson School of Law
Compare Save
Show Preview
View Website View Lawyer Profile Email Lawyer
Brian Joslyn’s decision to become a criminal defense attorney was shaped by unique personal hardship. His life has been and remains a testament to the pursuit of justice for those subjected to overzealous law enforcement. He firmly believes in the dignified, respectful treatment of every person before the law. In Brian’s Pursuit of justice, he has become one of Ohio’s most recognized and skilled criminal defense attorneys. His success has been heralded by many reputable organizations including Columbus CEO Magazine naming him as a top lawyer, The national Academy of Criminal Defense Attorneys selecting him as one of the 10...

Claimed Lawyer ProfileBlawg SearchSocial Media
Peter J. Scranton
Franklin County, OH DUI Attorney with 13 years of experience
(614) 212-4240 601 S High St.
Ste 107
Columbus, OH 43215
Free ConsultationDUI, Criminal and Traffic Tickets
The Ohio State University Michael E. Moritz College of Law
Compare Save
Show Preview
View Website View Lawyer Profile Email Lawyer
Mr. Scranton believes in the concept of innocent until proven guilty, and that everyone deserves the right to a fair trial. He knows that when someone is in trouble with the law, they need an attorney who is willing to fight for them and keep them well-informed.


Columbus, OH 43206
Free ConsultationDUI, Criminal, Divorce and Nursing Home
Capital University Law School
Compare Save
Show Preview
View Website View Lawyer Profile Email Lawyer
Attorney Jon J. Saia is a founding lawyer at the Ohio firm, The Law Offices of Saia & Piatt, Inc. Mr. Saia is a member of the Delaware Bar Association, the Columbus Bar Association, and the Ohio State Bar Association. With over 23 years of legal experience, Attorney Saia is highly qualified to take on even the most complicated criminal cases. If you would like to find out more about the benefits of working with Attorney Saia, do not wait to contact The Law Offices of Saia & Piatt, Inc.

Claimed Lawyer ProfileSocial Media
Joseph Edwards Esq
Franklin County, OH DUI Attorney with 35 years of experience
(614) 309-0243 511 South High Street
Columbus, OH 43215
DUI, Criminal and White Collar Crime
University of Dayton School of Law
Compare Save
Show Preview
View Website View Lawyer Profile Email Lawyer
Columbus, Ohio Criminal Defense attorney Joe Edwards works vigilantly to defend and produce the best legal outcome for his clients. Prior to starting his criminal defense law practice, Attorney Edwards has experience as Assistant Attorney General in the federal litigation section, as well as experience as an Assistant Prosecutor for the Franklin County Prosecutor’s office where he prosecuted a variety of crimes in Franklin County, Ohio. He has experience on both sides of of the courtroom, providing Joe a unique insight in his ability to handle your case.

Claimed Lawyer ProfileSocial Media
Bradley Dennis Keating Esq
Franklin County, OH DUI Attorney with 16 years of experience
(844) 333-7243 62 Mill Street
Gahanna, OH 43230
Free ConsultationDUI, Animal, Criminal and Personal Injury
Capital University Law School
Compare Save
Show Preview
View Website View Lawyer Profile Email Lawyer
At The Keating Firm LTD, we focus solely on personal injury cases. Our attorney, Brad Keating, has spent the past decade helping Ohio clients who have been injured due to the negligence of others. When you call our law firm, you will immediately recognize the level of commitment that we take toward your claims. You will speak directly with Brad, and he will explain the options that are available to you to help you recover compensation.


Columbus, OH 43212
Free ConsultationDUI, Appeals and Criminal
Capital University Law School
Compare Save
Show Preview
View Website View Lawyer Profile Email Lawyer
Mr. Wolfe is a lifelong resident of the Columbus area, having grown up in Worthington and graduating with honors from the Ohio State University with a Bachelor's of Science in Economics. He then attended Capital University Law School, where he obtained his Juris Doctorate in 2008. He twice studied law at Oxford University, in 2003 and 2006. While in law school, he worked at the Columbus City Prosecutor's Office. Upon being admitted to practice law in 2008, he went into private practice, working for 5 years at the firm Cooper & Pennington Co., LPA, where he specialized...


Columbus, OH 43235
Free ConsultationDUI, Criminal, Divorce and Family
Capital University
Compare Save
Show Preview
View Website View Lawyer Profile Email Lawyer
The Law Office of Anthony W. Greco is committed to providing each and every Client with professional, aggressive and practical representation, while being sensitive to the Client’s unique concerns and goals. With more than 20 years of experience as a Columbus Ohio Divorce Attorney and Child Custody Lawyer, our “results driven” firm is equipped with the experience and attitude necessary to deal with each and every issue involved in Divorce, Dissolution, Child Custody, Child Support, Spousal Support, Grandparent Custody or Visitation, as well as all other legal matters involved in any Family Law case. From the financially complex, “high asset”... 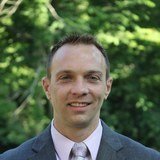 Claimed Lawyer ProfileSocial Media
John Philip Milton Rutan
Franklin County, OH DUI Lawyer with 9 years of experience
(614) 307-4343 336 South High Street
Columbus, OH 43215
Free ConsultationDUI, Criminal, Domestic Violence and White Collar Crime
University of La Verne College of Law
Compare Save
Show Preview
View Website View Lawyer Profile Email Lawyer
Attorney John Philip Milton Rutan is the Managing Attorney and Founder of Rutan Law. Rutan Law was opened up in November 2010. His legal career begin in 2002 while attending a paralegal school in downtown Columbus Ohio. After working and training as a paralegal in Columbus for 2 years, John moved to Fort Lauderdale Florida where he was modeled by Roberto Stanziale into the attorney he is today. In 2007 John began law school at The University of La Verne in Ontario California. Before coming to Ohio John concluded his law clerking and paralegal experience in the Public Defender’s office...
Next
DUI Lawyers in Nearby Cities
FAQ Lawyers Get Listed