Claimed Lawyer ProfileSocial Media
Dorian Keith Baum
Lancaster, OH DUI Lawyer with 11 years of experience
(740) 777-8673 123 South Broad Street
Suite 314
Lancaster, OH 43130
DUI, Criminal, Divorce and Domestic Violence
University of Akron School of Law, University of Washington School of Law and University of Washington School of Law
Show Preview
View Website View Lawyer Profile Email Lawyer
Attorney Dorian Keith Baum grew up in Brush Prairie, WA, simultaneously graduating from Prairie High School and getting an Associates of Arts degree from Clark College. After graduation, he moved to Seattle, WA to attend the University of Washington, where he graduated with bachelor of arts degrees in both Philosophy and Sociology with a minor in Law, Societies, and Justice. Dorian then attended the University of Akron, School of Law, where he obtained his Juris Doctorate degree. While there, he was voted Secretary and Treasurer of the Sports and Entertainment Law Society (SELS) and Vice President of the Akron chapter...
Compare Save

Claimed Lawyer ProfileSocial Media
Bradley Dennis Keating Esq
Gahanna, OH DUI Attorney with 18 years of experience
(844) 333-7243 62 Mill Street
Gahanna, OH 43230
Free ConsultationDUI, Criminal, Personal Injury and Traffic Tickets
Capital University Law School
Show Preview
View Website View Lawyer Profile Email Lawyer
At The Keating Firm LTD, we focus solely on personal injury cases. Our attorney, Brad Keating, has spent the past decade helping Ohio clients who have been injured due to the negligence of others. When you call our law firm, you will immediately recognize the level of commitment that we take toward your claims. You will speak directly with Brad, and he will explain the options that are available to you to help you recover compensation.
Compare Save 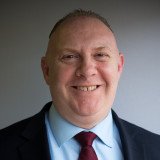