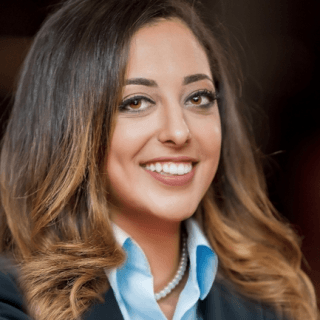 Claimed Lawyer ProfileSocial Media
Justin James McShane
Dauphin County, PA DUI Attorney with 20 years of experience
(717) 657-3900 3601 Vartan Way
Unit 2
Harrisburg, PA 17110
Free ConsultationDUI and Criminal
Dickinson School of Law and University of Limerick Law Department
Show Preview
View Website View Lawyer Profile Email Lawyer
Attorney McShane is a trial attorney who specializes in using forensic science in defending citizens amongst us who have been accused of a crime by the Government. He is nationally known and well regarded for being a skilled and fierce litigator, but is also well known for his strong understanding and in-depth knowledge in all forms of forensic science. He earned the American Chemical Society-Chemistry and the Law Division (ACS-CHAL) designation as Forensic Lawyer Scientist (The first attorney in the United States to be designated as such). He has earned Board Certification both in DUI Defense Law by the National...
Compare Save

Claimed Lawyer ProfileBlawg SearchSocial Media
Joseph Caraciolo
Dauphin County, PA DUI Attorney with 18 years of experience
(717) 208-8359 200 North Third Street
Suite 1600A
Harrisburg, PA 17101
Free ConsultationDUI, Cannabis Law, Criminal and Divorce
Widener University Commonwealth Law School
Show Preview
View Website View Lawyer Profile Email Lawyer
Joseph Caraciolo is a co-founder of, and skilled attorney at, Caraciolo Law Group, P.C. Backed by years of in-depth experience, he has a comprehensive understanding of his practice areas, which include criminal defense, family law, general civil practice, and estate planning. Mr. Caraciolo works hard to ensure all of his clients receive the highest quality of care possible. As a skilled attorney in Harrisburg, PA, he can help you resolve all your legal problems, regardless of how complicated they may be. Whether you are seeking strong defense against criminal charges, trying to resolve a family law matter, or aiming to...
Compare Save

Claimed Lawyer ProfileSocial Media
Ethan Kendrick Stone
Cumberland County, PA DUI Attorney
(717) 220-3529 3400 Trindle Road
Camp Hill, PA 17011
DUI, Estate Planning, Insurance Claims and Personal Injury
Dickinson School of Law
Show Preview
View Website View Lawyer Profile Email Lawyer
Ethan K. Stone was born and raised in New Bloomfield, Pennsylvania prior to moving to Mechanicsburg where he attended Cumberland Valley High School. He is a 2004 graduate of the Pennsylvania State University with a Bachelor of Science in Economics from the Smeal College of Business. He subsequently received his law degree (Juris Doctorate) from the Dickinson School of Law and is currently admitted to practice law in all jurisdictions in Pennsylvania including the U.S. District Court for the Middle District of Pennsylvania. He is a member of the Pennsylvania Bar Association, the Cumberland County Bar Association, the Dauphin...
Compare Save

Claimed Lawyer ProfileOffers Video ConferencingSocial Media
Shawn M. Stottlemyer
Cumberland County, PA DUI Lawyer with 10 years of experience
(717) 243-4770 2 S Hanover Street
Carlisle, PA 17013
Free ConsultationOffers Video ConferencingVideo ConfDUI, Criminal, Domestic Violence and Family
Dickinson School of Law
Show Preview
View Website View Lawyer Profile Email Lawyer
Shawn is a partner with Mooney Law and one of the members of the Mooney Capital Region Criminal Defense team. He has substantial experience in all facets of criminal law practice, and is not afraid to fight zealously on behalf of his clients. While most attorneys shy away from litigation, he embraces it and in doing so has established himself as one of the most well respected criminal defense attorneys in the region and does not hesitate to represent clients with serious criminal charges, including felonies.

Free ConsultationOffers Video ConferencingVideo ConfDUI, Appeals, Criminal and Traffic Tickets
Dickinson School of Law
Show Preview
View Website View Lawyer Profile Email Lawyer
I am the founder of Steve Rice Law, a firm of criminal defense attorneys serving South Central Pennsylvania. We're different than most firms. It's not because we do criminal defense. What make us special is, we don't do anything else. We do one thing: Defend people accused of crimes -- DUI, murder, and everything in between.
Compare Save

Claimed Lawyer Profile
David B Mueller
York County, PA DUI Lawyer with 11 years of experience
130 West Church Street, Suite 100
Dillsburg, PA 17019
Free ConsultationDUI and Criminal
Show Preview
View Website View Lawyer Profile
I strongly belive that anyone accused of a crime has their entire life at stake and deserves competent and zealous legal representation. I have a wealth of criminal trial experience, ranging from simple misdemeanors to serious felonies. That experience will be put to use in your case where it maters most: in the courtroom. I approach each case with the understanding that each client is more than just a set of charges or a prior record score, and I work with clients to develop a defense game plan that addresses the whole person, not just the current criminal case....
Compare Save