(1 Peer Review)
(888) 733-8752 103 South Center Street
Suite 2
Ebensburg, PA 15931
Free Consultation Offers Video Conferencing Video ConfEbensburg, PA DUI Attorney with 13 years of experience
DUI, Criminal, Divorce and Family
Duquesne University School of Law
Compare Save
Show Preview
View Website View Lawyer Profile Email Lawyer
Attorney Dana Jo-Ann Richardson has been a proactive advocate for her clients since entering the Bar in 2007. Her ambitions in the pursuit of law began at Duquesne University School of Law, where Dana was a class representative in the Student Bar Association, and where she became a finalist in the prestigious Carol Los Mansmann Appellate Advocacy Competition. Upon graduating from Duquesne University and receiving her Juris Doctorate in 2007, she sat for the bar examination and was admitted to the Pennsylvania Bar that year. While a law student at Duquesne, Dana was hired by the law firm...

Claimed Lawyer ProfileSocial Media
Timothy Burns
Ebensburg, PA DUI Attorney with 22 years of experience
(814) 471-1701 104 S Center St
Ebensburg, PA 15931
DUI, Criminal, Divorce and Domestic Violence
Duquesne University
Compare Save
Show Preview
View Website View Lawyer Profile Email Lawyer
Attorney Tim Burns has been operating his regional general law practice in historic Ebensburg, Cambria County for nearly a decade. His office, located an hour and a half east of Pittsburgh, is conveniently located just steps from the Cambria County Courthouse. A Johnstown native, he received his Bachelor of Science Degree in Political Science and Secondary Education from St. Vincent College in Latrobe, and his Juris Doctorate from Duquesne University in Pittsburgh where he served as Editor-in-Chief of Juris, the school’s award winning legal newsmagazine. Prior to opening his law office, Attorney Burns was an Associate in the...

Claimed Lawyer ProfileSocial Media
David T Leake
Somerset, PA DUI Attorney with 6 years of experience
(814) 445-6946 130 West Main Street
Somerset, PA 15501
DUI, Criminal, Divorce and Family
Duquesne University School of Law
Compare Save
Show Preview
View Website View Lawyer Profile Email Lawyer
David T. Leake is the owner of the Law Office of David T. Leake, Esq. located in downtown Somerset. Attorney Leake opened his office after working for Joseph B. Policicchio, an attorney with 40 years of experience in Somerset, who transferred his law practice to Attorney Leake. His office occupies an entire building on West Main Street and he has a full time paralegal/secretary/public notary on staff with over twenty years of experience to assist him. 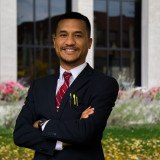 
Free Consultation Offers Video Conferencing Video ConfDUI, Criminal, Traffic Tickets and White Collar Crime
University of Pittsburgh School of Law
Compare Save
Show Preview
View Website View Lawyer Profile Email Lawyer
My name is Samir Sarna, and I am a Partner at Worgul, Sarna & Ness, Criminal Defense Attorneys, LLC. I moved to Pittsburgh in 2007 to attend the University of Pittsburgh School of Law. While in Pittsburgh, I met my wife, fell in love with the city, and decided to settle down here and dedicate my legal career to defending the rights of those accused of committing crimes.

Free ConsultationDUI and Juvenile
Michigan State University
Compare Save
Show Preview
View Website View Lawyer Profile Email Lawyer
Attorney Douglas Campbell is a graduate of internationally ranked Top 100 Law School Michigan State College of Law where he received his Juris Doctorate in the field of Criminal Law. Earning a degree in finance and top honors from Clarion University he then worked as an accountant for several multi-million dollar companies in Philadelphia. Returning to his roots, Attorney Campbell has chosen to return to central Pennsylvania and assists hundreds of clients each year with a wide range of legal issues. "Personal, Professional Service at Affordable Prices." This is what you want from your attorney....

Claimed Lawyer ProfileSocial Media
Matthew Zatko
Somerset, PA DUI Lawyer with 24 years of experience
(814) 443-1631 202 East Union Street
Somerset, PA 15501
DUI, Criminal, Personal Injury and Traffic Tickets
University of Pittsburgh School of Law
Compare Save
Show Preview
View Website View Lawyer Profile Email Lawyer
As a native of Western Pennsylvania and a current area resident, I am strongly invested in the community. Since founding my Somerset criminal defense and personal injury law firm in Somerset in 1997, I have worked hard to protect the rights and best interests of the individuals and businesses I represent. In addition to my legal practice, I serve on the Somerset County Bar Association Board of Directors.


DUI, Cannabis Law, Criminal and White Collar Crime
Dickinson School of Law
Compare Save
Show Preview
View Website View Lawyer Profile Email Lawyer
Steven Trialonas focuses his practice on criminal defense and select civil litigation matters. He represents clients in state and federal criminal cases, irrespective of the severity of the offenses; all criminal allegations are serious when levied against an individual and will be treated as such. Steven has represented medical doctors, nurses, and other licensed professionals in the investigation phase with success to avoid charges being filed, as well as after charging or indictment to trial. Steven has handled numerous cases at both the state and federal level in both Pennsylvania and New York. Most recently in a high profile case,...

Claimed Lawyer ProfileSocial Media
Mr. Lance Marshall
State College, PA DUI Attorney
(814) 234-9500 302 South Burrowes Street
State College, PA 16801
DUI, Appeals, Criminal and Domestic Violence
Dickinson School of Law
Compare Save
Show Preview
View Lawyer Profile Email Lawyer
I have been a practicing attorney for 15 years with the past 13 years dedicated exclusively to the practice of criminal law. I have been a Judge's Law Clerk, a prosecutor, and a public defender. I have either prosecuted or defended every crime in the state of Pennsylvania. I have seen the criminal justice system from every angle. Let me now put that experience to work for you. If you have been arrested, sent a summons, or simply believe you will be charged with a crime, contact me immediately for a free consultation and see...

DUI, Family, Juvenile and Real Estate
Compare Save
Show Preview
View Lawyer Profile Email Lawyer
The Law Office of Bradley M. Ophaug focuses on zealously advocating for clients while working through the issues that are most important to the clients' interests. Graduate of the University of Northern Colorado and Nova Southeastern University, Shepard Broad School of Law.