(1 Peer Review)
(888) 733-8752 103 South Center Street
Suite 2
Ebensburg, PA 15931
Free ConsultationOffers Video ConferencingVideo ConfEbensburg, PA DUI Attorney with 13 years of experience
DUI, Criminal, Divorce and Family
Duquesne University School of Law
Show Preview
View Website View Lawyer Profile Email Lawyer
Attorney Dana Jo-Ann Richardson has been a proactive advocate for her clients since entering the Bar in 2007. Her ambitions in the pursuit of law began at Duquesne University School of Law, where Dana was a class representative in the Student Bar Association, and where she became a finalist in the prestigious Carol Los Mansmann Appellate Advocacy Competition. Upon graduating from Duquesne University and receiving her Juris Doctorate in 2007, she sat for the bar examination and was admitted to the Pennsylvania Bar that year. While a law student at Duquesne, Dana was hired by the law firm...
Compare Save

Claimed Lawyer ProfileSocial Media
Timothy Burns
Ebensburg, PA DUI Attorney with 22 years of experience
(814) 471-1701 104 S Center St
Ebensburg, PA 15931
DUI, Criminal, Divorce and Domestic Violence
Duquesne University
Show Preview
View Website View Lawyer Profile Email Lawyer
Attorney Tim Burns has been operating his regional general law practice in historic Ebensburg, Cambria County for nearly a decade. His office, located an hour and a half east of Pittsburgh, is conveniently located just steps from the Cambria County Courthouse. A Johnstown native, he received his Bachelor of Science Degree in Political Science and Secondary Education from St. Vincent College in Latrobe, and his Juris Doctorate from Duquesne University in Pittsburgh where he served as Editor-in-Chief of Juris, the school’s award winning legal newsmagazine. Prior to opening his law office, Attorney Burns was an Associate in the...
Compare Save 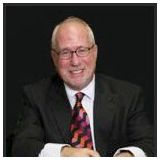 Claimed Lawyer ProfileOffers Video ConferencingSocial Media
Shawn M. Stottlemyer
Shippensburg , PA DUI Lawyer with 9 years of experience
(717) 530-0126 34 W. King Street
Shippensburg , PA 17257
Free ConsultationOffers Video ConferencingVideo ConfDUI, Criminal, Domestic Violence and Family
Dickinson School of Law
Show Preview
View Website View Lawyer Profile Email Lawyer
Shawn is a partner with Mooney Law and one of the members of the Mooney Capital Region Criminal Defense team. He has substantial experience in all facets of criminal law practice, and is not afraid to fight zealously on behalf of his clients. While most attorneys shy away from litigation, he embraces it and in doing so has established himself as one of the most well respected criminal defense attorneys in the region and does not hesitate to represent clients with serious criminal charges, including felonies.

Free ConsultationOffers Video ConferencingVideo ConfDUI, Criminal, Energy and Personal Injury
University of Pittsburgh School of Law
Show Preview
View Website View Lawyer Profile Email Lawyer
Steven C. Townsend is a graduate of Indiana State University (B.A. Criminal Justice) and University of Pittsburgh School of Law (J.D., Civil Litigation Program). He serves as a Criminal Justice Act Panel Attorney for the Western District of Pennsylvania District Court and was a member of the Conflict Attorney Panel for Beaver County.He is a speaker and instructor for the Pennsylvania Bar Institute’s Criminal Law Update, which is held each year to inform update and inform other members of the bar of recent and important changes in criminal law and he serves on the Veteran’s Court Task Force. He...
Compare Save
Next
DUI Lawyers in Nearby CitiesDUI Lawyers in Nearby Counties
FAQ Lawyers Get Listed