Claimed Lawyer ProfileSocial Media
Mr. Charles C Calenda
Coventry, RI DUI Attorney with 14 years of experience
(401) 823-9200 1500 Nooseneck Hill Rd.
Coventry, RI 02816
DUI, Criminal, Personal Injury and Traffic Tickets
University of Miami School of Law
Compare Save
Show Preview
View Lawyer Profile Email Lawyer
Experienced trial attorney with 13+ years of actual, in-court experience. I don't sit behind a desk all day and talk a big game. I'm in the courtroom standing by your side, fighting for the results you deserve in every case I handle. I focus my practice mainly in criminal defense, but I handle a variety of other types of cases like general civil litigation and selected Family Court cases.


Free ConsultationOffers Video ChatDUI, Criminal, Domestic Violence and Traffic Tickets
Roger Williams University School of Law
Compare Save
Show Preview
View Website View Lawyer Profile Email Lawyer
As a dedicated Rhode Island Criminal Defense Lawyer, Attorney Matthew Marin provides aggressive and experienced representation for those accused of criminal offenses throughout Rhode Island. While we represent individuals charged with a wide range of alleged criminal misconduct, we take on a large number of DUI (driving under the influence), domestic violence, and drug crime cases. If you or a loved one is facing criminal charges in Rhode Island, contact Attorney Matthew Marin at 401-228-8271 for a no obligation consultation regarding their case and information about how we can assist. In 2014, Attorney Matthew Marin was awarded...

Claimed Lawyer ProfileSocial Media
John R. Bernardo III
Wakefield, RI DUI Lawyer with 37 years of experience
(401) 788-0049 105 Main Street
Wakefield, RI 02879
Free ConsultationDUI, Criminal, Domestic Violence and Traffic Tickets
New England Law | Boston and Boston University
Compare Save
Show Preview
View Website View Lawyer Profile Email Lawyer
If you have been unfortunate enough to have been charged in Rhode Island with either a DUI or a Refusal (or both), the good news is that it is not a foregone conclusion that you will lose your ability to drive your vehicle once your license has been suspended. A relatively new law in Rhode Island now makes it possible for persons with a suspended license, as a result of a DUI or Refusal, to drive their own vehicle to and from certain places (with an installed interlock device). Attorney John Bernardo has the knowledge and experience regarding...

Free ConsultationDUI and Criminal
Suffolk University Law School and University of Vermont
Compare Save
Show Preview
View Website View Lawyer Profile Email Lawyer
I have specialized as a RI DUI lawyer and Rhode Island Criminal Defense Attorney for the past 27 years with INCREDIBLE RESULTS. I am a former Rhode Island Special Assistant Attorney General from 1993-1997. During those years I prosecuted hundreds of criminal cases ranging from disorderly conduct to first degree murder in every Rhode Island County. Additionally, along with other prosecutors, I lectured in-coming police academy cadets on proper drunk driving and Rhode Island DUI investigations and prosecutions. This unique experience has allowed me a wealth of knowledge not readily available to the average Rhode Island DUI lawyer... 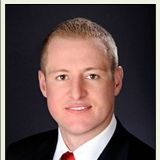 Claimed Lawyer ProfileSocial Media
James Powderly
Newport, RI DUI Attorney with 16 years of experience
(401) 662-9006 37 Bellevue Avenue
Newport, RI 02840
DUI
Northeastern University School of Law
Compare Save
Show Preview
View Website View Lawyer Profile
After graduating from NYU and Northeastern School of Law, I gained valuable experience working for the Massachusetts Federal Defender's Office and the Middlesex District Attorney's Office before beginning my own private practice. Since beginning my own firm, I have represented over 500 clients and have been trained in breath testing operation. To further my knowledge I have also taken courses in DUI litigation and sat in seminars given by the nations leading DUI lawyers. If you need a vast amount of resources on your side regarding DUI law, call my office today for an initial consultation. ...

Free ConsultationDUI, Criminal, Personal Injury and Traffic Tickets
New England Law | Boston
Compare Save
Show Preview
View Website View Lawyer Profile Email Lawyer
Robert E. Craven is the firm's proprietor and lead trial attorney. Since the founding of Robert E. Craven & Associates, Bob has handled hundreds of personal injury, criminal defense, DUI defense, and medical malpractice cases. Attorney Craven's experience as a former prosecutor makes him uniquely equipped to bring any matter to trial – an increasingly rare skill today. Bob regularly brings both criminal and personal injury matters to trial to get the best results for his clients. Bob began his legal career as an Assistant Attorney General for the State of Rhode Island from 1983 to 1992. During that time,...

Free ConsultationOffers Video ChatDUI, Criminal, Divorce and Traffic Tickets
Roger Williams University School of Law
Compare Save
Show Preview
View Website View Lawyer Profile Email Lawyer
The bread and butter of my practice has always been Criminal Defense and family law. In my 9 years practicing law I have handled everything from dui and domestic violence cases all the way to felony gun charges, and sex offense cases. In addition to criminal matters, I also help those facing divorce and child custody matters as well as dealing with immigration issues such as removal proceedings and change of status. In today's litigious society, we as attorneys often lose sight of the fact that when someone comes to an attorney, they are doing so because...

Claimed Lawyer ProfileSocial MediaResponsive Law
Ferenc Karoly
Newport, RI DUI Lawyer with 5 years of experience
(401) 846-3306 26 Washington Sq
Newport, RI 02840
DUI, Arbitration & Mediation, Criminal and Personal Injury
Suffolk University Law School
Compare Save
Show Preview
View Website View Lawyer Profile Email Lawyer
As a retired police officer who served as a patrolman, prosecution Detective Sergeant, all the way through Acting Chief of a police department, I have a unique skill set and perspective of the criminal law process that I will use to give you the best defense possible. I understand the system from the prosecution and investigative side and use that knowledge to devise the best legal strategy for your defense. I also served in the military and am well versed in the different needs and circumstances around veterans and can provide you with outstanding service and support as your attorney.
I... 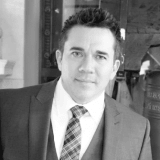 Claimed Lawyer ProfileSocial Media
Damon P. Borrelli
Warwick, RI DUI Lawyer
(401) 739-7397 117 Metro Center Blvd.
Suite 2001
Warwick, RI 02886
DUI, Criminal, Divorce and Personal Injury
Roger Williams University School of Law
Compare Save
Show Preview
View Lawyer Profile Email Lawyer
Whether on the battlefield or in the courtroom, Attorney Borrelli is a relentless fighter, always focusing on the pursuit of justice through well-developed and balanced plans encompassing compassion, determination, and reliable results. Formulated at an early age through his honorable service in the Marine Corps and as a war veteran of Operation Desert Storm, Attorney Borrelli attributes these core values as the bedrock of his successes in the legal arena. 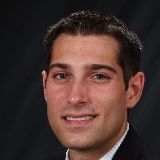 Claimed Lawyer ProfileSocial Media
Daniel Griffin
Cranston, RI DUI Attorney with 10 years of experience
(401) 944-1700 865 Reservoir Avenue
Cranston, RI 02910
Free ConsultationDUI and Criminal
Roger Williams University School of Law
Compare Save
Show Preview
View Website View Lawyer Profile
Dan Griffin was born and raised in West Warwick, Rhode Island. Upon graduation from high school, he enlisted in the United States Marine Corps. Dan served four years of active duty including a tour as a Marine Rifleman with the 7 th Marine Infantry Regiment during Operation Iraqi Freedom in 2003. For his service in Iraq, Dan received numerous awards and citations including the Iraqi Campaign Medal and the Combat Action Ribbon for service under enemy fire during the march to Baghdad and further operations in central Iraq.

As a proud war veteran, Dan has as interest in promoting and helping...