Claimed Lawyer ProfileSocial Media
Charles Van Hardenbergh
Lexington, VA DUI Attorney with 26 years of experience
(866) 826-9467 14 E Nelson St
Suite 100
Lexington, VA 24450
DUI, Criminal and Traffic Tickets
University of Virginia School of Law
Show Preview
View Website View Lawyer Profile Email Lawyer
Van’s practice is dedicated to criminal traffic defense. He has been an outspoken critic of Reckless Driving by Speed laws as applied in Virginia, and he stridently opposes the imposition of any “mandatory minimum” prison time for alcohol-related and other substance offenses. With his experience as a JAG officer, professor of law at VMI, and federal prosecutor who has tried numerous speeding and DUI cases, Van Hardenbergh brings a sharp set of skills and a history of tenacious defense to the table.
Compare Save

DUI, Criminal, Medical Malpractice and Personal Injury
Show Preview
View Website View Lawyer Profile Email Lawyer
Greg represents individuals and families facing challenges from automobile accidents and tractor-trailer crashes, construction accidents, heavy equipment accidents, automobile defects, wrongful death, consumer product defects, traumatic brain injury, and asbestos illnesses. After graduating from the University of Virginia in 1986 with a degree in Economics, Greg commissioned in the United States Army for four years active duty with the 10th Mountain Division. Greg entered law school in 1992 and graduated from the University of Richmond School of Law in 1995 where he was admitted to the Virginia State Bar and Federal Courts of Virginia. Greg obtained one of the largest...
Compare Save

Claimed Lawyer ProfileSocial Media
Jonathan P. Fisher
Blacksburg, VA DUI Attorney with 20 years of experience
(800) 680-7031 210 Professional Park Drive
Suite 10
Blacksburg, VA 24060
Free ConsultationDUI, Criminal and Traffic Tickets
Pennsylvania State University - Dickinson School of Law
Show Preview
View Website View Lawyer Profile Email Lawyer
Jonathan was born and raised in Fairlawn, VA. He graduated from Virginia Tech in 1998 with a Bachelor’s Degree in history, and immediately enrolled at the Penn State – Dickinson Scholl of law, where he graduated in 2001. He was the only member of his law school class to immediately open his own solo practice after passing the bar. To gain as much experience as possible he immediately joined the court appointed lists in his and all surrounding jurisdictions, and within several years had defended nearly 1,000 criminal felonies and misdemeanors. His attention to clients and good results soon resulted...
Compare Save

Claimed Lawyer Profile
Lee R. Taylor
Lexington, VA DUI Lawyer
401 Lime Kiln Road
Lexington, VA 24450
DUI, Estate Planning, Family and Landlord Tenant
Show Preview
View Website View Lawyer Profile
Lee R. Taylor holds a B.A. in Psychology from Mercer University in Macon, Georgia, and his J.D. law degree from the Mercer University School of Law. While still in law school, he had already started his career in the legal profession as part of the university's third-year practice program. Taylor has considerable experience on both sides of the courtroom: Before moving into a private practice that involves both civil litigation and criminal defense cases, he had served as an assistant district attorney for Dalton, GA; as city attorney for the city of Ellijay, GA, and as county attorney for Gilmer...
Compare Save 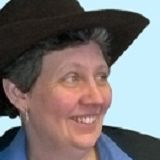 Sample results from Andre's criminal defense cases:
[The results obtained under one set of circumstances cannot...
Compare Save