Claimed Lawyer ProfileSocial Media
Travis B. Lee
Washington County, VA DUI Lawyer
(276) 492-2098 851 French Moore, Jr. Boulevard
Suite 136
Abingdon, VA 24210
DUI, Bankruptcy, Criminal and Personal Injury
Appalachian School of Law
Compare Save
Show Preview
View Lawyer Profile
Travis is a native of Southwest Virginia. He graduated from Northwood High School in 2003. After high school, he attended the University of Virginia's College at Wise. He was member of the UVA-Wise Dearden Society, he was named to the Dean's List multiple semesters, and received the Joesph M. Scolnick Memorial Pre-Law Award. He graduated from UVA-Wise in 2007. Travis then studied law at the Appalachian School of Law. After being named to the Dean's List three consecutive semesters, Travis graduated from ASL, in the top of his class, in 2011. He took and...

Claimed Lawyer Profile
Gerald Douglas Arrington
Buchanan County, VA DUI Lawyer with 17 years of experience
(276) 935-2008 21026 Riverside Drive
Grundy, VA 24614
DUI, Business, Criminal and Personal Injury
Appalachian School of Law and University of Virginia
Compare Save
Show Preview
View Website View Lawyer Profile Email Lawyer
Welcome to the Arrington Law Office. I am Gerald D. Arrington, and I maintain a general practice of law, which includes the representation of individuals who have been injured by others, who have been charged with a crime, and who are involved in divorce and child custody proceedings. In addition, I also represent businesses that need help with incorporation, contract drafting, and contract disputes.

Claimed Lawyer ProfileSocial Media
Jonathan P. Fisher
Montgomery County, VA DUI Attorney with 19 years of experience
(800) 680-7031 210 Professional Park Drive
Suite 10
Blacksburg, VA 24060
Free ConsultationDUI, Criminal and Traffic Tickets
Pennsylvania State University - Dickinson School of Law
Compare Save
Show Preview
View Website View Lawyer Profile Email Lawyer
Jonathan was born and raised in Fairlawn, VA. He graduated from Virginia Tech in 1998 with a Bachelor’s Degree in history, and immediately enrolled at the Penn State – Dickinson Scholl of law, where he graduated in 2001. He was the only member of his law school class to immediately open his own solo practice after passing the bar. To gain as much experience as possible he immediately joined the court appointed lists in his and all surrounding jurisdictions, and within several years had defended nearly 1,000 criminal felonies and misdemeanors. His attention to clients and good results soon resulted...

Claimed Lawyer ProfileOffers Video ChatQ&ASocial Media
Wayne E. Holcomb
Newport News (Independent City) County, VA DUI Lawyer with 12 years of experience
(757) 525-2424 11815 Fountain Way
Suite 300
Newport News, VA 23606
Offers Video ChatDUI, Criminal, Personal Injury and Traffic Tickets
Regent University School of Law
Compare Save
Show Preview
View Blog View Lawyer Profile Email Lawyer
Let me be the first to welcome you to Holcomb Law. Our firm is devoted to public outreach and education about the legal system, and I have written several articles and e-books on a variety of topics, including divorce, child custody, mediation, reckless driving, DUI defense, criminal defense and expungement of criminal records. We will provide this information to you, free of charge. Contact us any time to schedule your initial strategy meeting with one of our experienced attorneys. You might not be happy now, probably not, but I can almost guarantee that you will be happy with your Counsel...


Free ConsultationOffers Video ChatVirginia Beach (Independent City) County, VA DUI Attorney with 7 years of experience
DUI, Criminal, Personal Injury and Traffic Tickets
Regent University School of Law
Compare Save
Show Preview
View Website View Lawyer Profile Email Lawyer
Brian M. Latuga dedicates his practice to Criminal Defense and Personal Injury in state and federal courts. He is a skilled trial attorney, a 2nd Amendment advocate, and is well-versed in a variety of fields. Brian fights for your freedom to return you to your children and maintain your employment. He handles all serious felony, DUI, CPS, violent, sexual, or white collar criminal charges, and will provide experienced and knowledgeable representation in civil litigation and forfeiture matters. He is especially passionate about defending caregivers wrongfully accused of "Shaken Baby" or child abuse. 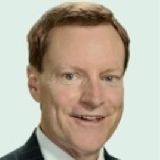 
DUI
College of William and Mary
Compare Save
Show Preview
View Website View Lawyer Profile Email Lawyer
Former VA state prosecutor and federal law clerk Bob Battle "wrote the book" on DUI Defense in Virginia. Bob was hired by a national publishing company to write "Virginia DUI Defense: The Law and Practice." With perfect ratings in the 2 national lawyer review sites ("Superb" and "Preeminent" ratings), Bob Battle has been the go-to lawyer for pro athletes, prosecutors, police officers, politicians and even other DUI lawyers who find themselves charged with DUI for over 35 years.

Claimed Lawyer ProfileSocial MediaResponsive Law
Matt C. Pinsker
Henrico County, VA DUI Attorney with 8 years of experience
(804) 690-1228 2400 Old Brick Road
Henrico, VA 23060
Free ConsultationDUI, Criminal, Domestic Violence and Traffic Tickets
The George Washington University Law School and West Virginia University College of Law
Compare Save
Show Preview
View Website View Lawyer Profile Email Lawyer
Matt C. Pinsker is one of the top criminal defense attorneys in Virginia. A former state and federal prosecutor in addition to a former magistrate, he has won numerous awards as a criminal defense attorney. Mr. Pinsker is nationally recognized as a leading expert in criminal justice and procedure, having taught as an Adjunct Professor at Virginia Commonwealth University (VCU) and writing the definitive textbook for teaching criminal justice all over the country. He also serves as a Captain in the US Army Reserves, doing Trial Defense Services for the JAG Corps. 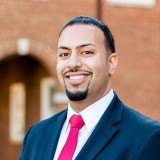 Shemeka Hankins is a committed servant of the community and puts the rights of clients at the forefront of the defense. She is dedicated to helping her clients protect their freedoms and defend their rights in legal situations. Attorney Shemeka Hankins is a...
Next
DUI Lawyers in Nearby Cities
FAQ Lawyers Get Listed