Criminal defense lawyer Tom Carley is a highly respected advocate proudly serving Vancouver, Clark and Cowlitz Counties. Tom has a track record of dismissals, not-guilty verdicts, and creative solutions. Tom understands that each case is unique, and each case requires a different defense strategy to get you the best result.

When your future, family or career is at stake, it pays to have skill and experience on your side. Tom's expertise...

DUI, Criminal and Domestic Violence
University of Washington School of Law
Compare Save
Show Preview
View Website View Lawyer Profile Email Lawyer
Angus Lee is a life long resident of Washington, except when he was serving in the USMC. He has twice been elected as a county prosecutor and now focuses his practice on criminal defense in South West Washington.

Free ConsultationDUI, Criminal, Domestic Violence and Insurance Claims
Lewis & Clark Law School
Compare Save
Show Preview
View Website View Lawyer Profile Email Lawyer
As a resident of the Pacific Northwest for over 20 years, Jack attended the University of Washington and graduated with a degree in Political Science and Economics. Jack received his Juris Doctorate from Lewis and Clark Law School in Portland, OR. While in law school, Jack clerked at Vancouver's Blair, Schaefer, Hutchison, and Wolfe law firm where he gained experience in personal injury law, real estate transactions and litigation, and general civil practice. Following his graduation, he was hired as an associate. Jack then became a prosecutor for the City of Vancouver and for the Clark County Domestic Violence Prosecution Center... 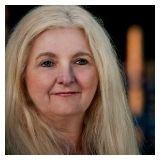 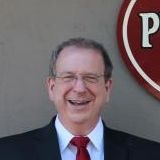 Claimed Lawyer ProfileSocial Media
Sean Downs
Vancouver, WA DUI Attorney with 12 years of experience
(855) 309-4529 500 W 8th Street
Suite 55
Vancouver, WA 98660
DUI, Criminal, Traffic Tickets and White Collar Crime
Gonzaga University School of Law
Compare Save
Show Preview
View Website View Lawyer Profile Email Lawyer
Sean M. Downs is a criminal defense attorney serving those accused of crimes in the states of Washington and Oregon. Sean started his law career at a small private firm in Spokane, Washington learning the ins and outs of criminal defense, traffic offenses, and driver's license hearings. He then moved on to work at the Spokane County Public Defender Office where he represented people accused of misdemeanor and felony offenses, as well as working on appellate cases. In 2013, after over twenty-one years of combined private and public practice, Sean joined together with attorney Diane Grecco to found the law...

Matthew entered a career in law with a passion for protecting the legal rights of those in our community, with a competitive approach. He formed Philbrook Law Office, located in Vancouver and Battle Ground, Washington, in 2005, with the goal of championing the rights of people wrongfully injured or in legal jeopardy. Matthew’s years of dedicated service to his clients has...

Claimed Lawyer ProfileSocial Media
Matthew R. Hoff
Vancouver, WA DUI Attorney with 19 years of experience
(360) 693-6228 2901 Main St.
Vancouver, WA 98663
Free ConsultationDUI, Criminal and Domestic Violence
University of Oregon School of Law
Compare Save
Show Preview
View Website View Lawyer Profile Email Lawyer
Dedicated criminal defense attorney. Over 10+ years representing clients on a variety of criminal matters including DUI/DWI; Domestic Violence; Felonies and Misdemeanors. My hard work has lead to dismissal of cases pre-trial; not guilty verdicts at trial and no action on cases by conducting pre-charge investigations. I take pride in my work. And i am genuinely honored when a client hires me to represent him/her. 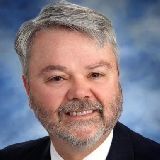 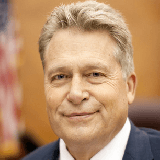 Free ConsultationDUI and Criminal
Compare Save
Show Preview
View Lawyer Profile Email Lawyer
Steve Thayer has practiced law in Southwest Washington since 1977, with an emphasis in criminal defense. He has tried and won criminal cases involving all kinds of charges including Assault, Drug Delivery, DUI, Robbery, Sexual Assault, State & Federal Child Pornography charges, Vehicular Homicide, and First Degree Murder. He is a Founding Member and former Vice President of the Washington Association of Criminal Defense Lawyers, has published and lectured extensively, has been featured as a Super Lawyer by Washington Law and Politics for many years, and has been AV Rated™ by Martindale-Hubbell® for over 15 years. He is admitted to...