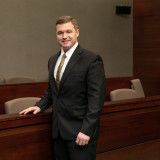 Claimed Lawyer ProfileSocial Media
Jared T Moore
Monongalia County, WV DUI Lawyer with 8 years of experience
(304) 521-2451 62A High Street
Morgantown, WV 26505
Free ConsultationDUI, Criminal, Employment and Personal Injury
West Virginia University College of Law
Compare Save
Show Preview
View Website View Lawyer Profile Email Lawyer
With an AV Preeminent® Rating from Martindale-Hubbell®, an Avvo Clients’ Choice Award, and selection to the National Academy of Criminal Defense Attorneys’ Top 10 Under 40, few Morgantown criminal defense lawyers have the reputation of Attorney Jared D. Moore. His understanding of West Virginia laws has helped him obtain favorable resolutions on behalf of his clients in cases of employment law, criminal defense, and personal injury. At the Moore Law Firm, PLLC, you can schedule a free consultation about what to do next and get started on your case. Don’t fight your legal battles alone. Call now.

Claimed Lawyer ProfileSocial Media
Todd F. La Neve
Harrison County, WV DUI Attorney with 27 years of experience
(877) 798-5297 117 1/2 Nicholas Street
Clarksburg, WV 26301
Free ConsultationDUI, Criminal and Personal Injury
West Virginia University
Compare Save
Show Preview
View Lawyer Profile Email Lawyer
I have practiced law for over 22 years in the State of West Virginia and have appeared in at least one court in every county in the state representing private clients and their interests. My practice is devoted to defending citizens accused of criminal violations, particularly those accused of impaired driving. It has been a privilege to serve great people and get them great results over the years. 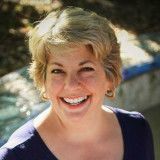 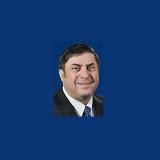 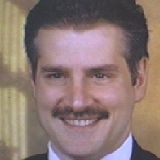 Free ConsultationDUI, Criminal, Domestic Violence and White Collar Crime
West Virginia University College of Law
Compare Save
Show Preview
View Website View Lawyer Profile Email Lawyer
Attorney Scott Brown has been successfully representing clients with tenacity and compassion since graduating from the West Virginia College of Law in 1996. Graduating with a Bachelor of Science degree from Virginia Tech in 1986, Scott worked in a research laboratory, as an investigator with the West Virginia Office of the Chief Medical Examiner, and as an office manager at a physician's office, a job he continued throughout law school.

Free ConsultationOffers Video ChatDUI, Criminal, Personal Injury and Traffic Tickets
Michigan State University College of Law
Compare Save
Show Preview
View Website View Lawyer Profile Email Lawyer
My law practice mainly focuses in the areas of overtime and wage violations, personal injury and criminal/DUI defense. I have been involved with successfully achieving numerous six-figure and seven-figure class action settlements against major oil and gas employers who have failed to pay their employees overtime. I have also successfully represented several clients whose employers violated the Wage Payment and Collection Act by failing to pay my clients their final wages at the conclusion of their employment. Fighting for the rights of workers to receive all compensation to which they are entitled under law is a passion for mine and...