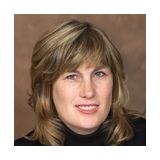 Claimed Lawyer ProfileSocial Media
Lewis John Gazda
Las Vegas, NV Elder Law Attorney with 29 years of experience
(702) 220-7128 2600 S Rainbow Blvd
Las Vegas, NV 89146
Free ConsultationElder, Animal, Health Care and Personal Injury
Creighton University School of Law
Compare Save
Show Preview
View Website View Lawyer Profile Email Lawyer
Lewis’ legal career, began in 1991 and focuses on serious personal injury and wrongful death. He has extensive experience in both state and federal courts representing the rights of those people who have been injured due to the wrongful acts of other people and corporations. Many of Lewis’ cases require extensive knowledge of the spine and spinal surgeries, brain injuries and orthopedic processes within the human body. Lewis has tried numerous cases and is very successful in the courtroom!

(1 Peer Review)
(702) 706-5596 1404 S Jones Blvd
Las Vegas, NV 89146
Offers Video ChatLas Vegas, NV Elder Law Lawyer with 13 years of experience
Elder, Nursing Home and Personal Injury
University of San Diego School of Law
Compare Save
Show Preview
View Website View Lawyer Profile Email Lawyer
Lukas I. Pick graduated from the University of California-Santa Barbara where he earned his Bachelor of Arts degree in English. He went on to attend law school at the University of San Diego, where he earned his Juris Doctor (J.D.) degree. After graduating law school he began working for a law firm which specialized in defending physicians in cases of medical malpractice. He became a partner in only 3 years, and learned how insurance companies value and approach litigation.

Claimed Lawyer ProfileSocial Media
Donn Prokopius
Las Vegas, NV Elder Law Lawyer with 23 years of experience
(702) 474-0500 3407 W. Charleston
Las Vegas, NV 89102
Elder, Arbitration & Mediation, Civil Rights and Estate Planning
Compare Save
Show Preview
View Website View Lawyer Profile Email Lawyer
Donn was born in Cleveland, Ohio in 1971. He attended undergraduate school at Bowling Green State University and received on undergraduate degree in business in 1993 and went on to receive a Masters in Business Administration in 1994. From there he when straight to law school at Case Western Reserve University and graduated in 1997 with a Juris Doctorate degree. Donn W. Prokopius was admitted to the State Bar of Nevada in October of 1997 and has been practicing in the area family law, criminal defense, and personal injury since that time. He opened his own...

Claimed Lawyer ProfileSocial MediaResponsive Law
Donald Erich Lowrey
Las Vegas, NV Elder Law Attorney with 35 years of experience
(702) 645-7452 7473 W. Lake Mead Blvd. Ste. 100
Las Vegas, NV 89128
Elder, Foreclosure Defense, Real Estate and Tax
Western State Univ COL, Chapman University Fowler School of Law and Western State University College of Law
Compare Save
Show Preview
View Website View Lawyer Profile Email Lawyer
Mr. Lowrey has practiced law for more than 29 years in a variety of legal settings and he brings this experience to your case. He has earned an advanced degree in taxation (LL.M.) and is a graduate of the Elder Law College. He is admitted to the practice of law in Nevada, California and New Mexico and in the highest court of each state. To learn more about Mr. Lowrey, please see the firm web site at www.lowreylaw.com.

Use Justia to research and compare Nixon attorneys so that you can make an informed decision when you hire your counsel.