Free ConsultationEmployment and Workers' Comp
University of Alabama - Tuscaloosa
Show Preview
View Website View Lawyer Profile Email Lawyer
My practice is devoted to civil defense litigation, including defending federal black lung claims, workers' compensation litigation, defending mass toxic torts, mining matters, and personal injury defense at both trial and appellate levels. I am admitted to practice in all state and federal courts in Alabama as well as the Eleventh Circuit of Appeals and the United States Supreme Court.
Compare Save 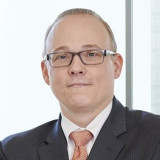 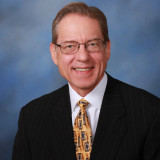 Adam is honored to be the person his clients trust when the stakes are high. It’s not enough just to win—Adam works hard every day to change corporate behavior and make consumers safer. “I became a lawyer because I wanted my work to make a...
Compare Save

Call today for a FREE consultation about your legal situation.
Compare Save

Employment, Arbitration & Mediation, Elder and Estate Planning
Birmingham School of Law
Show Preview
View Website View Lawyer Profile Email Lawyer
I am the owner of New Beginnings Family Law, P.C., originally founded in 2006 as James Family Law Center, LLC. We are a matrimonial and family law firm serving clients in all areas of family law including divorce, child custody, child support, paternity, dependency, grandparent visitation, prenuptial agreements, post-nuptial agreements, surrogacy, adoption, collaborative law, mediation, and appeals. I am licensed to practice law before the Supreme Court of the United States, the Federal Courts for the Northern District of Alabama, and all state courts in the State of Alabama. I have received training in many areas...
Compare Save 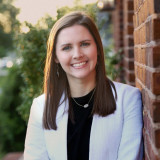 Free ConsultationEmployment and Civil Rights
The University of Georgia School of Law
Show Preview
View Website View Lawyer Profile Email Lawyer
Kira Fonteneau was born in Detroit, Michigan and raised in Chesapeake, Virginia. Prior to law school, Kira spent several years working in operations management roles with Wachovia Bank. In 2005, Kira began her legal career in Birmingham at a regional employment defense law firm. She later started her own firm that focused on both criminal and civil litigation. During her career, Kira has tried several cases to juries, receiving favorable rulings for her clients in both state and federal court. She has also argued at both the United States Court of Appeals for the Eleventh Circuit and the Alabama Court...
Compare Save 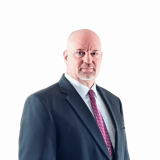 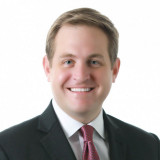 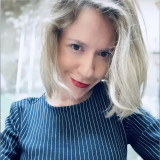 Claimed Lawyer ProfileSocial Media
Mr. Stephen Andrew Strickland
Birmingham, AL Employment Law Lawyer with 32 years of experience
(205) 516-2055 2320 Arlington Avenue South
Birmingham, AL 35205
Free ConsultationEmployment, Appeals, Criminal and Personal Injury
Cumberland School of Law, Samford University
Show Preview
View Website View Lawyer Profile Email Lawyer
I have over twenty-four (24) years of extensive experience in the areas of civil and criminal law in Alabama’s state and federal courts at both the trial and appellate levels. Specializing in both civil and criminal cases has given me a unique advantage over most attorneys because I have learned techniques that are applicable to both disciplines of the law. For most of my legal career, I have had a BV Rating from Martindale-Hubbell peer review rating. My practice areas have been criminal defense, state and federal appellate practice, particularly with an emphasis on death penalty cases, harassment, employment discrimination...
Compare Save 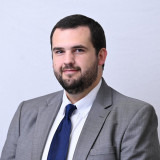 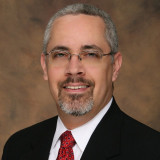 Employment, Business, Collections and Construction
University of Alabama School of Law
Show Preview
View Lawyer Profile Email Lawyer
Practicing transactional and litigation attorney with special emphasis in construction law and non-compete matters. Experienced in the protection of payment rights of commercial subcontractors and vendors through the Alabama Prompt Pay Act, lien laws and the review and enforcement of commercial subcontract rights and obligations. Also experienced in the protection of insureds against bad faith failures to provide coverage on valid claims and in personal injury matters including products liability. In addition, I am a registered civil mediator with the Alabama Center for Dispute Resolution and a registered arbitrator with the Better Business Bureau.
Compare Save

Claimed Lawyer ProfileSocial Media
Anthony Michel
Birmingham, AL Employment Law Lawyer with 12 years of experience
(205) 980-5700 505 20th Street North
Suite 1650
Birmingham, AL 35203
Free ConsultationEmployment
Cumberland School of Law, Samford University
Show Preview
View Website View Lawyer Profile Email Lawyer
Anthony found his calling in the practice of employment law. Representing employees and small business owners in employment related matters is not only Anthony's job, but his passion. Through his practice, Anthony devotes a large portion to representing and providing legal guidance to individuals in executive and management positions who are employed by national and international companies. Over the years, Anthony has successfully tried numerous jury trials, and recovered millions for his clients through litigation and alternative dispute resolution. Anthony has successfully mediated and arbitrated hundreds of employment disputes. And, in addition to representing individuals and businesses in the private...
Compare Save

Claimed Lawyer ProfileSocial Media
Michael L. Jackson
Birmingham, AL Employment Law Lawyer with 29 years of experience
(205) 874-0315 800 Shades Creek Parkway, Suite 400
Birmingham, AL 35209
Employment, Appeals, Arbitration & Mediation and Business
University of Texas - Austin
Show Preview
View Website View Lawyer Profile Email Lawyer
Michael L. Jackson’s practice focuses on civil litigation in state and federal courts, particularly in the areas of employment law, and he is experienced in appellate and other post-judgment proceedings, construction law, commercial litigation, arbitration, and other methods of alternative dispute resolution. He graduated from Auburn University and then graduated with honors from the law school at the University of Texas in Austin, Texas. Following his graduation from law school, he served as law clerk to Justice Hugh Maddox of the Supreme Court of Alabama. He is admitted to practice in all federal and state courts in Alabama, the United...
Compare Save
Next
Employment Lawyers in Nearby CitiesEmployment Lawyers in Nearby Counties
FAQ Lawyers Get Listed