Claimed Lawyer ProfileSocial Media
Anthony Hohn
Sioux Falls, SD Employment Law Lawyer with 16 years of experience
(605) 336-2880 206 West 14th Street
P.O. Box 1030
Sioux Falls, SD 57101
Employment and Business
University of South Dakota School of Law
Show Preview
View Website View Lawyer Profile Email Lawyer
Anthony Hohn is a litigation attorney at Davenport, Evans, Hurwitz & Smith, LLP in Sioux Falls, SD. A Sioux Falls native, Anthony joined the firm in 2008 as a member of the firm’s litigation section and became a partner in 2014. His practice includes of a wide variety of litigation, including commercial litigation, creditors’ rights, employment litigation, and condemnation litigation. Anthony interned with the firm in the summer of 2006 and is a 2007 graduate of the University of South Dakota School of Law, where he served as lead articles editor for the South Dakota Law Review. Following graduation, Anthony...
Compare Save

Claimed Lawyer ProfileSocial Media
Kristi Geisler Holm
Sioux Falls, SD Employment Law Lawyer with 28 years of experience
(605) 336-2880 206 W 14th Street
P.O. Box 1030
Sioux Falls, SD 57101
Employment, Insurance Defense and Workers' Comp
University of Nebraska College of Law
Show Preview
View Website View Lawyer Profile
Kristi has been with Davenport Evans since 1995. Her practice is focused upon representing employers and insurers in all stages of workers’ compensation and employment matters. She regularly provides advice to clients on compensability issues and defenses involved with workers’ compensation claims before litigation is commenced, but also continues to assist them by defending litigated claims before the Department of Labor and on appeal. Employers also look to her for guidance and the aggressive defense of Title VII cases involving claims of harassment and discrimination, claims involving other laws that impact employers, such as the ADA and FMLA, as well...
Compare Save 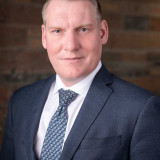 (1 Peer Review)
(605) 718-2069 550 North 5th Street
Rapid City, SD 57701
Free ConsultationRapid City, SD Employment Law Attorney with 14 years of experience
Employment, Civil Rights, Construction and Insurance Claims
University of South Dakota School of Law
Show Preview
View Website View Lawyer Profile Email Lawyer
Michael Shubeck is a graduate of the University of South Dakota School of Law. He is a farmer's son and learned the value of hard work helping his father with his cattle and farming operation. He is responsible for recovering millions of dollars for his clients. From the beginning of his practice he has been at the heart of high profile South Dakota litigation. Michael helped defend a prominent South Dakota real estate developer against over one hundred claims of construction defects and fraud. He worked to convince insurance companies of their contractual duties, obtained a favorable settlement, and then...
Compare Save