Claimed Lawyer ProfileSocial Media
Katherine Ann Young
Knoxville, TN Employment Law Lawyer with 25 years experience
(865) 474-1284 9041 Executive Park Drive
Suite 121
Knoxville, TN 37923
Employment, Administrative and Probate
California Western School of Law
Compare Save
Show Preview
View Website View Lawyer Profile Email Lawyer
Katherine A. Young has been a resident of East Tennessee for over twenty years. She previously taught at the University of Tennessee as an Assistant Professor for five years and additionally for four years as a Lecturer. She also has been a Human Services Hearing Office and a Human Rights Investigator for the State of New Mexico. She is licensed to practice law in Tennessee and California (inactive). She is admitted to the U.S. Supreme Court, the U.S. Tax Court, the Sixth Circuit Court of Appeals, U.S. District Court for the Eastern District of Tennessee, the Middle...

Knoxville, TN 37919
Employment, Arbitration & Mediation, Business and Real Estate
University of Memphis
Compare Save
Show Preview
View Blog View Lawyer Profile Email Lawyer
Heather G. Anderson graduated Magna Cum Laude from the University of Tennessee where she was Phi Beta Kappa. She earned her law degree from the University of Memphis School of Law and while there, received the Dean’s Award for Excellence in Trial Advocacy as well as served on the Tennessee Journal of Practice & Procedure. In her time practicing, Heather has represented clients ranging in size from individuals to small businesses to Fortune 100 companies. She has the rare distinction of being named a Top 40 Under 40 attorney in two cities and regions in the state, by the Greater...

Claimed Lawyer ProfileSocial Media
James W. Friauf
Knoxville, TN Employment Law Attorney with 12 years experience
(865) 236-0347 6515 Clinton Hwy Suite 207
Knoxville, TN 37912
Employment, Civil Rights, Personal Injury and Workers' Comp
Compare Save
Show Preview
View Website View Lawyer Profile Email Lawyer
The mission of James W Friauf, Attorney at Law is "Helping Everyday People and Those Who Serve Everday People." Specifically, we assist Everyday People in the areas of the law that are most relevant to them on a daily basis: employment matters, on-the-job injuries, car and truck accidents, divorce and child custody, and wills and trusts. We also provide a wide range of legal services to charities and nonprofit organizations at rates lower than those of larger firms. We do so because we recognize it is important that these organizations receive quality legal representation while minimizing the expenditure of precious...

Nashville, TN 37212
Employment and Immigration
Vanderbilt University Law School
Compare Save
Show Preview
View Website View Lawyer Profile Email Lawyer
Bruce E. Buchanan is a founding partner at Sebelist Buchanan Law PLLC with offices in Nashville and Atlanta, where he represents employers and individuals in immigration law, with a special emphasis on employer immigration compliance, and employers in employment/labor law matters. Additionally, he is Of Counsel to Siskind Susser concerning employer immigration compliance matters.
Mr. Buchanan received his law degree from the Vanderbilt University School of Law in 1982. He served as senior trial specialist for the NLRB for 20 years. Mr. Buchanan also served for 12 years as Adjunct Professor at William H. Bowen UALR School of Law. He... 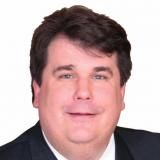 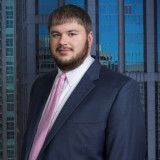 
Nashville, TN 37215
Employment and Civil Rights
Vanderbilt University Law School
Compare Save
Show Preview
View Website View Lawyer Profile Email Lawyer
Robb Bigelow is a trial lawyer with over 15 years of experience in the legal community. Bigelow began his career working for the Honorable Juliet Griffin in the United States District Court for the Middle District of Tennessee. After gaining three years of invaluable insight into the judicial process, Bigelow began working as an employment lawyer at Stewart, Estes & Donnell. When that firm merged with Dickinson Wright PLLC, Bigelow continued his employment practice, ultimately becoming a partner in the firm. In 2015, Bigelow left Dickinson Wright to form his own firm. Since 2015, Bigeow has focused on workers rights... 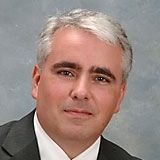