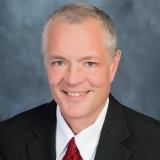 Claimed Lawyer ProfileSocial Media
Tracy Tool
River Falls, WI Employment Law Attorney with 31 years of experience
(800) 607-3030 258 Riverside Drive
River Falls, WI 54022
Free ConsultationEmployment, Personal Injury and Products Liability
University of Minnesota Law School
Compare Save
Show Preview
View Website View Lawyer Profile Email Lawyer
Tracy received his law degree from the University of Minnesota in 1990, where he served as Articles Editor for the Minnesota Law Review. He received a B.A. from the University of Minnesota in 1987. He is Board Certified by the National Board of Trial Advocacy as a Civil Trial Specialist and focuses on plaintiff's personal injury. Tracy N. Tool is a civil litigator experienced in a wide range of substantive areas of law. He uses the legal process to restore the balance of power and to remind big corporations and insurance companies that injured clients must be... 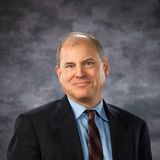 After law school, and the Wisconsin Bar Examination, Johansen began handling cases in Douglas County and surrounding Wisconsin counties. In 2010, Johansen was selected by Super Lawyers, Rising Stars, for excellence... 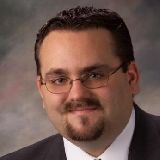 Social Media
Gregory Jerabek
Marshfield, WI Employment Law Attorney
(715) 996-1200 103 S Central Avenue
Suite 201
Marshfield, WI 54449
Employment, Bankruptcy, Business and Collections
Compare Save
Show Preview
View Website View Lawyer Profile Email Lawyer
I often tell clients that usually when you think you need a lawyer, it is probably too late. In many situations, consulting an attorney as soon as possible may save you time, money, and difficulty on the back end. In my practice, I routinely help clients avoid problems down the road. However, some problems may be unavoidable and people find themselves in situations where they need the immediate help of an attorney. For example, I primarily work as a criminal defense attorney. Just because you have been accused of a crime does not mean you are guilty; nor... 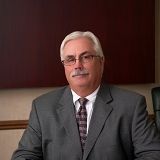 Amy Boettcher
Marshfield, WI Employment Law Attorney
(715) 996-1200 103 S Central Avenue
Suite 201
Marshfield, WI 54449
Employment, Business, Consumer and Criminal
Compare Save
Show Preview
View Website View Lawyer Profile
My mission as an attorney is to help clients understand their rights and to guide them through complicated and oftentimes emotional court procedures. Day to day I concentrate on listening to clients, returning phone calls promptly, fighting for clients' rights and educating clients on what to expect from their cases. I specialize in family law, including divorce, adoption, custody and child support cases. I also specialize in criminal defense, making sure that the constitutional rights of those charged with a crime are protected. I am an experienced trial attorney. In the business arena, I help small businesses implement their business plans... 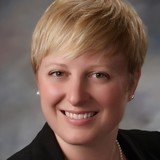 Social Media
Chelsie A. Thuecks
Marshfield, WI Employment Law Lawyer
103 S Central Avenue, Suite 201
Marshfield, WI 54449
Employment, Criminal, Divorce and Workers' Comp
Compare Save
Show Preview
View Website View Lawyer Profile Email Lawyer
Facing a legal issue can be a trying and scary time. Our laws and legal system often appear confusing and, at times, unjust. My goal as an attorney is to make the legal system more accessible by helping clients understand their rights. Each client has a unique situation that deserves individualized and personal attention. Keeping these things in mind, the client is always my number one priority. I listen to each client to determine his or her individual needs and expectation. I promptly return phone calls and emails to answer any questions or concerns a client may have. Finally, I... 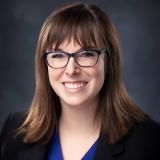 Claimed Lawyer ProfileSocial Media
Kristen E Lonergan
Wausau, WI Employment Law Attorney with 10 years of experience
(715) 842-2291 531 Washington Street
P.O. Box 1184
Wausau, WI 54402-1184
Free ConsultationEmployment, Personal Injury and Workers' Comp
University of Wisconsin - Madison
Compare Save
Show Preview
View Website View Lawyer Profile Email Lawyer
I am an attorney and partner at Crooks, Low & Connell, a general practice law firm in Wausau, Wisconsin. In addition to my law practice, I am dedicated to serving my profession. I am on the Mock Trial Advisory Committee and I am a Mock Trial Task Force Case Writer for the State Bar of Wisconsin. I am an active member of the Wisconsin Association for Justice, participating in the New Lawyers Section, in the Women's Caucus, and serving on the Board of Directors. I am also dedicated to serving my community. I serve on the Board of... 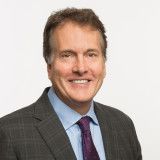 Free ConsultationEmployment and Insurance Claims
Marquette University Law School
Compare Save
Show Preview
View Website View Lawyer Profile Email Lawyer
As a litigator, Alan Olson helps his wrongfully discharged clients recover their lost pay and benefits. He has argued four of his cases to the Wisconsin Supreme Court, resulting in expansion of the covenant of good faith and fair dealing for employees, as well as increased protection for employees in retaliatory discharge cases. Undaunted by huge insurance companies, Alan repeatedly sues them in federal courts across the United States in order to recover long-term disability benefits for his disabled clients. Alan also sues big corporations when they defraud the government and retaliate against the employee who blew the whistle. As... 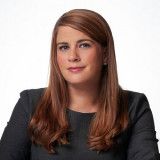 Claimed Lawyer ProfileSocial Media
Erin M. Strohbehn
Milwaukee, WI Employment Law Attorney with 15 years of experience
(414) 271-1440 330 East Kilbourn Avenue
Suite 1170
Milwaukee, WI 53202
Employment, Insurance Claims, Personal Injury and Probate
Marquette University Law School
Compare Save
Show Preview
View Website View Lawyer Profile Email Lawyer
Known for her compassion for her clients and a willingness to go the extra mile to ensure that their concerns are addressed, Erin joined Gimbel, Reilly, Guerin & Brown, LLP as a law clerk after graduating cum laude from Marquette University with a degree in print journalism. She accepted a position as an associate attorney after receiving her law degree from Marquette University Law School in May 2006. Erin is recognized throughout the legal community as one of the State of Wisconsin’s up-and-coming attorneys. As a result of her efforts, she has received the prestigious Super Lawyers Rising Star... 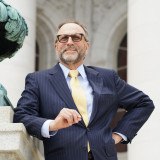 Claimed Lawyer ProfileOffers Video ConferencingSocial Media
Michael Fox
Madison, WI Employment Law Lawyer with 44 years of experience
(608) 258-9588 124 W Broadway
Madison, WI 53716
Free Consultation Offers Video Conferencing Video ConfEmployment, Civil Rights and Personal Injury
University of Wisconsin - Madison
Compare Save
Show Preview
View Website View Lawyer Profile Email Lawyer
Attorney Michael Fox has been consistently recognized, not only as an outstanding trial lawyer, but as a teacher of trial practice. His record of success in trials has led to hundreds of settlements that allowed his clients to recover financially with dignity and without requiring a public trial. He was described by a noted colleague in the media as the “father of the modern civil rights jury trial” and promoted by the Minnesota State Bar as one of three national “stars of the plaintiff’s bar” repeatedly invited to address its annual Midwestern Employment Law Institute. 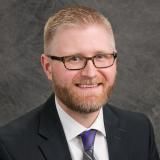 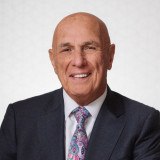 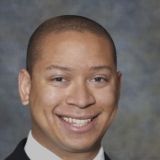 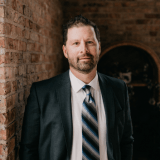 Offers Video Conferencing Video ConfEmployment and Personal Injury
University of Wisconsin Law School
Compare Save
Show Preview
View Website View Lawyer Profile Email Lawyer
As the Wisconsin Law Journal put it Peter Fox "Champions the Underdog." Not all of Mr. Fox's clients are "underdogs," but most of them have been wronged in some way that requires a legal intervention. Whether through private settlements or public trials, Mr. Fox has consistently obtained substantial jury verdicts, money awards and other favorable rulings for his clients. He has tried cases before judges and juries in state and federal courts and also before various administrative and other agencies, and has successfully argued cases before state and federal appeals courts 'and the Wisconsin Supreme Court'. His cases involve Employment... 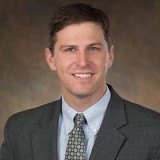 Originally from Appleton, Wisconsin, Andrew graduated from Appleton East High School in 1996. He then attended the University of Wisconsin-Madison, majoring in economics. As a junior, he attended the London School of Economics on the prestigious Hansard Scholarship. After a brief stint at a Fortune 500 company in Dallas, Texas, he returned to Wisconsin to begin his legal education at Marquette University Law...
Next
Employment Lawyers in Nearby CitiesEmployment Lawyers in Nearby Counties
FAQ Lawyers Get Listed