Claimed Lawyer ProfileSocial Media
C. Jason Ralston
Statesville, NC Family Law Attorney with 19 years of experience
Statesville, NC 28677
Family, Criminal, Divorce and Real Estate
Cumberland School of Law, Samford University
Compare Save
Show Preview
View Website View Lawyer Profile Email Lawyer
Jason is a 1993 graduate of Oak Ridge Military Academy. From there, he attended The Citadel, the military college of South Carolina. He earned his Bachelor of Arts in business administration in 1997. Jason attended Cumberland School of Law, at Samford University, in Birmingham, Alabama where he received his Juris Doctorate in 2000. He has been a member of the North Carolina State Bar since 2001. Jason has practiced law full time in the Iredell County and surrounding areas since 2001 and joined the firm of Gottholm, Ralston and Benton, PLLC in 2014. Jason practices primarily in...

Free ConsultationFamily, Criminal, DWI and Divorce
University of North Carolina - Chapel Hill
Compare Save
Show Preview
View Website View Lawyer Profile Email Lawyer
Joel C. Harbinson attended the University of North Carolina at Chapel Hill and graduated in 1977 with an A.B. degree and from the University of North Carolina at Chapel Hill School of Law in 1979 with a J.D. degree. He has been self-employed since 1979 as a criminal, domestic, and personal injury attorney in Taylorsville. In addition, Joel is a certified mediator in Superior Court cases, receiving accreditation from the N.C. Dispute Resolution Commission in 1998, and is a certified arbitrator in District Court cases. Joel is the former President of the 22nd Judicial District Bar Association (1987-1988, 1999-2000) and a...

Claimed Lawyer ProfileSocial Media
Matthew D. Byerley
Taylorsville, NC Family Law Lawyer with 10 years of experience
(828) 635-0098 171 Main Ave Dr
Taylorsville, NC 28681
Family, Criminal, DWI and Traffic Tickets
Elon University School of Law
Compare Save
Show Preview
View Website View Lawyer Profile Email Lawyer
Matthew Damon Byerley was born and raised in Alexander County, graduating from Alexander Central High School in 2003. Matthew is a 2007 graduate of The University of North Carolina at Chapel Hill, with a Bachelor’s degree in Sociology. He obtained his law degree from Elon University School of Law in 2011. While at Elon Law, Matthew concentrated his studies in general practice and litigation. He became a licensed attorney in North Carolina in August 2011, and has been practicing in Alexander and the surrounding counties since that time. Matthew and his wife, Catherine, also an attorney, reside in Conover, North...

Claimed Lawyer ProfileSocial Media
Matthew L. Benton
Statesville, NC Family Law Lawyer with 15 years of experience
(704) 878-0757 117 N. Kelly Street
Statesville, NC 28677
Family, Business, Criminal and Estate Planning
University of Alabama School of Law
Compare Save
Show Preview
View Website View Lawyer Profile Email Lawyer
Matthew attended North Carolina State University and graduated Magna Cum Laude in 2002 with a Bachelor of Arts in History and from the University of Alabama School of Law in 2006 with a Juris Doctorate. He is a partner at Gottholm, Ralston and Benton, PLLC since the firm’s inception in 2014, and was a partner at The Law Offices of Benton & Welborn, PLLC from 2006 until 2011, and The Law Offices of Gottholm, Welborn and Benton, PLLC from 2012-2013. Matthew’s practice primarily focuses on family law, criminal law and civil litigation. Matthew is an experienced litigator, and tries... 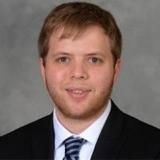 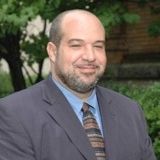 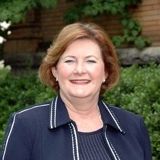 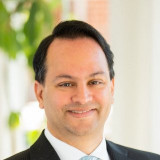 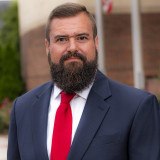 Family, Business, Criminal and Divorce
University of North Carolina School of Law
Compare Save
Show Preview
View Website View Lawyer Profile Email Lawyer
Born and raised in Kannapolis, North Carolina, Ronnie Crisco is a proud alumnus of A.L. Brown High School. He graduated magna cum laude from Duke University with a degree in Public Policy Studies. In 2002, he received his law degree with honors from the University of North Carolina at Chapel Hill in 2005. While in law school, Mr. Crisco competed nationally as a member of the UNC Mock Trial Team, assisted indigent clients through the UNC Civil Legal Assistance Clinic, and served as editor on the UNC Journal of Law and Technology. 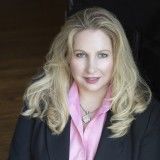 Family, Bankruptcy and Foreclosure Defense
University of Cincinnati College of Law
Compare Save
Show Preview
View Website View Lawyer Profile Email Lawyer
I am originally from Fort Bragg, North Carolina. I graduated Magna Cum Laude from North Carolina Central University in 2003 with a Bachelors of Arts in Political Science and Psychology. I obtained my Juris Doctorate degree from the University of Cincinnati College of Law in 2006. I than began work with Legal Aid of North Carolina. While at Legal Aid, I served as a staff attorney representing clients in housing, employment, education, and consumer matters. I also served as the director of Legal Aid’s statewide Bankruptcy team. In October of 2011, I began work with Mike Lewis Attorneys. There...

Family, Divorce, Domestic Violence and Juvenile
Charlotte School of law
Compare Save
Show Preview
View Website View Lawyer Profile Email Lawyer
Growing up in Charlotte, North Carolina I learned to focus my energy on finding a solution rather than worrying about the problem. This mindset inevitably led me to my profession as an attorney. I graduated from the University of South Carolina with a business degree in Economics. I immediately began work in the financial field helping people navigate the world of small business loans. The following year I received the Fourth Ward Scholarship to attend Charlotte School of Law. While attending Charlotte School of Law I had the opportunity to gain valuable experience through internships with the Mecklenburg... 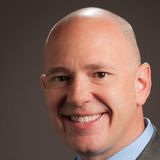