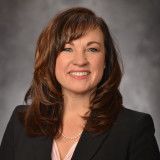 Claimed Lawyer ProfileQ&ASocial Media
Virgil Royer
Salem, OR Family Law Lawyer with 9 years of experience
(503) 990-7672 380 Madrona Avenue S
Salem, OR 97302
Family, Divorce and Personal Injury
Willamette University College of Law
Compare Save
Show Preview
View Website View Lawyer Profile Email Lawyer
Virgil Royer, a graduate of the Willamette School of Law, practices law to assist people navigate through and successfully put behind the difficult times in their life. Mr. Royer represents people who have been injured in motor vehicle accidents and any accident that was caused by someone else's negligence. He enjoys helping people receive the compensation that they deserve. Mr. Royer will pursue your matter to trial to get a just award. Mr. Royer stays active within his community and enjoys doing all he can to pursue justice for his clients.

Claimed Lawyer Profile
James D Van Ness
Salem, OR Family Law Lawyer with 21 years of experience
(503) 365-8800 285 Liberty Street NE
Suite 360
Salem, OR 97301
Free ConsultationFamily
Willamette University College of Law
Compare Save
Show Preview
View Website View Lawyer Profile Email Lawyer
I was born and raised in suburban Maryland, just north of Washington D.C. As such, I had a front row seat for JFK's Inaugural & MLK's August 28, 1963 speech on the Mall. I truly enjoyed growing up with the rich heritage of the nation's capital. Upon graduation from the University of Maryland I went to work in the intelligence community in what is now known as the National Geospatial-Intelligence Agency. I spent a decade in banking, then turned towards a legal career. I have litigated commercial cases throughout the Western United States, being admitted along the way to over...

Claimed Lawyer ProfileSocial Media
James Stanley Baldock
Eugene, OR Family Law Attorney with 11 years of experience
(541) 345-8542 245 E. 4th Ave.
Eugene, OR 97401
Family, Business, Divorce and Domestic Violence
Compare Save
Show Preview
View Website View Lawyer Profile
James was born in Mississauga, Ontario. In middle school, he moved to Coppell, Texas, where he completed high school. He returned to Canada to complete his Bachelor's Degree in Business Administration at Trent University in Peterborough, Ontario in 2006. It was there that he met his wife, Brandi Baldock. They met playing hockey together on a co-ed intramural team. James went to law school at the University of Oregon, earning his Juris Doctorate in 2009. At UO, he gained a lot of practical experience from his externship with Judge Carp at the Lane County Circuit Court, and internships at the Domestic... 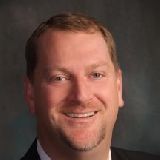 Steve has served as a Municipal Court Judge for the Cities of Newberg, Sherwood, Dayton, Dundee, Yamhill-Carlton, and McMinnville. He is a current member of the Estate Planning and Domestic Relations Sections of the Oregon State Bar as well as the Yamhill County Bar Association. 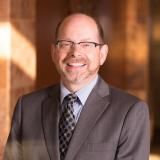 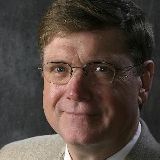 Free ConsultationFamily and Divorce
University of Oregon School of Law
Compare Save
Show Preview
View Website View Lawyer Profile Email Lawyer
I am dedicated to serving clients in the area of Family Law on a sliding scale and reduced fee basis. I have been practicing out of Eugene, Oregon for over 10 years.

Family, Divorce and Juvenile
Compare Save
Show Preview
View Website View Lawyer Profile Email Lawyer
Attorney Lindsay Soto in a native Oregonian and graduated in 1998 in the University of Oregon in Eugene, Oregon with BS Political Science. Lindsay then attended Howard University School of Law which he graduated Cum Laude in 2002 and started working for a small firm for 3 years. On 2005, he established his own law firm, The law office of Lindsay Soto which provides legal assistance in Salem Oregon which includes Family Law, Divorce and Juvenile Law. He also takes in child custody, child and spouse support cases, restraining orders and stalking cases. 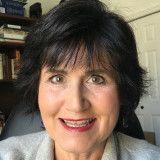 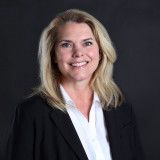 Family and Divorce
Willamette University
Compare Save
Show Preview
View Website View Lawyer Profile Email Lawyer
Family law is all I do. I have served Western Oregon since 1981 specializing in this field of practice at every level of the Oregon State court system. Most lawyers practice in a variety of fields of law. As a result, it is very difficult for them to keep fully informed about the law in any single area of practice. By limiting my practice to Family Law only, I enjoy the luxury of being able to dedicate all of my time toward maximizing my knowledge and expertise in Family Law. I personally summarize and catalog all of the rulings from the... 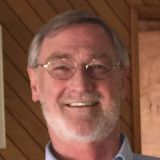 Claimed Lawyer ProfileResponsive Law
Carol Fredrick
McMinnville, OR Family Law Attorney with 32 years of experience
2046 NE Hwy 99W
McMinnville, OR 97128
Family, Criminal, Divorce and Estate Planning
Lewis & Clark Law School
Compare Save
Show Preview
View Lawyer Profile Email Lawyer
Specialties: Divorce, Custody, Wills and Trusts, Criminal Defense
I am a domestic relations and criminal defense practitioner with 32 years of experience. I have expertise in these areas, staying current on all new legal developments and advancements in complimentary fields such as psychology, child development, and other scientific realms. I represent clients in every area of family law, divorce, child custody and support. I also represent clients on all types of criminal charges and have experience in successful resolution, and trials for murder and attempted murder charges, and other major felonies, such as commercial drug offenses and sex offenses. ... 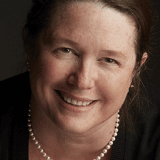 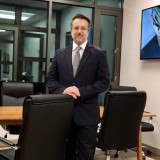