Claimed Lawyer ProfileSocial Media
Fisher Wise
Chattanooga, TN Family Law Lawyer with 11 years experience
(423) 498-2402 312 Vine Street
Chattanooga, TN 37403
Family, Criminal, Divorce and Personal Injury
Cumberland School of Law, Samford University
Compare Save
Show Preview
View Website View Lawyer Profile Email Lawyer
From an early age, I was always told that I'd make a great lawyer. Often to my parents' dismay, my ability to argue my case was a gift. While I always had some aptitude for negotiation and problem solving, I've made developing those skills, and the pursuit of excellence in the legal industry my life's work. When it came time for college, I attended my parents' alma mater, Samford University. I majored in philosophy–a pursuit that would later serve me well in my personal intellectual life and as an attorney. Upon graduating from Samford in 2005, I immediately... 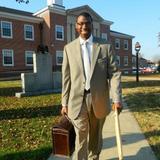 Claimed Lawyer Profile
J. Micah Guster III
Chattanooga, TN Family Law Attorney with 10 years experience
(423) 485-8088 1502 McCallie Ave, Suite A
Chattanooga, TN 37404
Free ConsultationFamily, Criminal and Traffic Tickets
University of Arkansas School of Law
Compare Save
Show Preview
View Website View Lawyer Profile Email Lawyer
Born and raised in Chattanooga, TN, Micah graduated from the McCallie School. Micah then earned a full scholarship to Tennessee State University, graduating in 3 years. After graduation, he worked at the Tennessee State Legislature as an intern for the Senate General Welfare, Health & Human Resources Committee. Micah then worked at Congress as an intern in the U.S. House of Representatives. From there, he went back to the State Legislature to serve once more as an intern in the Senate. Micah decided to attend law school after seeing many of the people at the Legislature...

(1 Peer Review)
651 E 4th St
#100
Chattanooga, TN 37403
Free ConsultationOffers Video ChatChattanooga, TN Family Law Lawyer
Family, Elder, Employment and Estate Planning
University of Memphis
Compare Save
Show Preview
View Website View Lawyer Profile Email Lawyer
Mr. Higgins is a Nashville native. He attended the University of Tennessee where he graduated with honors and returned to home to work with a large insurance defense law firm. About 17 years ago Mr. Higgins left the defense practice and created a firm that only represents injured victims and their families. To better serve his clients the firm is broken down into specific litigation groups, such as the nursing home neglect division and serious injury division.

Chattanooga, TN 37402
Free ConsultationFamily, Criminal, Divorce and Juvenile
University of Tennessee College of Law
Compare Save
Show Preview
View Website View Lawyer Profile Email Lawyer
Practicing in the Chattanooga area since 2010, David is fluent in Criminal, Family, and Bankruptcy law. He also speaks some Russian and French. Armed with a Master's degree in Economics, he can bring the right financial perspectives to legal issues. David graduated from the Chattanooga School for the Arts and Sciences in 1993 and has since spent time living in Annapolis, Santa Fe, Washington, New York, Knoxville, Moscow, and Kyiv. 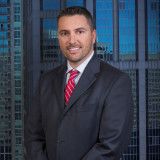 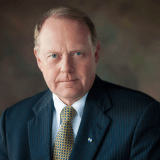 Claimed Lawyer ProfileSocial Media
William Jackson Brown
Cleveland, TN Family Law Lawyer with 43 years experience
(423) 476-4515 23 N Ocoee St
Cleveland, TN 37311
Family, Criminal, Divorce and Estate Planning
University of Tennessee - Knoxville
Compare Save
Show Preview
View Website View Lawyer Profile Email Lawyer
For caring counsel and strong representation on a wide range of legal issues, many in the Cleveland-Chattanooga region of Tennessee turn to the attorneys and staff of William J. Brown & Associates. From divorce to personal injury, criminal defense to a contract dispute, you can depend on an honest assessment of your case. When we represent you in negotiations or litigation, you will benefit from decades of experience and a passion for service to our valued clients. 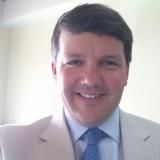 Claimed Lawyer ProfileSocial MediaResponsive Law
Ryan D. Hanzelik
East Ridge, TN Family Law Lawyer with 14 years experience
(423) 305-1311 4143 Ringgold Road
Suite A 1/2
East Ridge, TN 37412
Family, Criminal, Divorce and Juvenile
University of Memphis Cecil C. Humphreys School of Law
Compare Save
Show Preview
View Website View Lawyer Profile Email Lawyer
I am happily married to my wife, Heather, and I am the proud father of three amazingly beautiful daughters. My life revolves around my family. I started practicing law in 2006 and I have operated a successful law practice since 2007 where I have represented hundreds of clients in personal injury cases, divorces, child custody battles, murder cases, drug cases, business disputes, etc. I have obtained six-figure settlements for some of my clients through aggressive and strategic negotiation. I have won numerous trials in custody battles. I have saved clients from life sentences. I have... 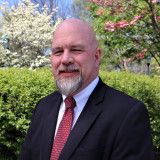 
Cleveland, TN 37311
Family, Criminal, Divorce and Juvenile
University of Akron
Compare Save
Show Preview
View Website View Lawyer Profile Email Lawyer
Mr. Hoffer has been an attorney since 1991. Divorce and Family Law make up the bulk of Mr. Hoffer's caseload. After working with several other attorneys after law school, Mr. Hoffer opened his own office on North Ocoee Street in the Spring of 1996.

In the nearly twenty-nine years of practice, Mr. Hoffer has handled thousands of divorces, custody, child support and juvenile cases. He has tried several jury trials over the years. Mr. Hoffer has also practiced in the Court of Appeals and has maintained a membership with the Bradley County Bar Association since 1991. He... 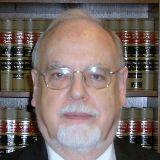 
Cleveland, TN 37364-1473
Family, Criminal, Divorce and Juvenile
University of Tennessee College of Law
Compare Save
Show Preview
View Website View Lawyer Profile Email Lawyer
Arthur Bass graduated from the University of Tennessee law school, receiving his Doctor of Jurisprudence degree in 1975. He has practiced law for 41 years, providing quality legal services for reasonable fees to the people of Bradley County and the surrounding counties of southeast Tennessee. He has handled cases in all the local state courts as well as the Tennessee Court of Appeals and the Tennessee Supreme Court. Arthur Bass is also licensed in federal court and has handled cases before the Eastern District of TN and in the 6th Circuit Court of Appeals.

Claimed Lawyer ProfileSocial Media
Diana A. Phillips
Chattanooga, TN Family Law Attorney
(423) 401-8948 511 Georgia Avenue, 2nd Floor
Chattanooga, TN 37403
Family, Criminal, Juvenile and Probate
Compare Save
Show Preview
View Website View Lawyer Profile Email Lawyer
I am a sole practitioner with 15 years experience practicing law in Tennessee. I am known for going the extra mile with my clients and for fighting for the very best possible outcome. I spend time on each case and respect the fact that there is a person behind every case. Because it impacts your life, it is of the utmost importance to me to do the best job I can for you - Your life and my reputation depend on it.

Claimed Lawyer Profile
James Estes Cocke
East Ridge, TN Family Law Attorney with 46 years experience
(423) 498-2330 4159 Ringgold Road, Suite 105
East Ridge, TN 37412
Free ConsultationFamily, Criminal, Employment and Personal Injury
University of Tennessee College of Law
Compare Save
Show Preview
View Lawyer Profile Email Lawyer
Estes has been practicing law since 1974. He started in Memphis, TN where he worked for the best criminal and personal injury lawyers in that City. He moved to Chattanooga in 1976 where he again worked under the tutelage of one of Chattanooga's premier criminal attorneys. In 1999 he joined ERMC and eventually became the Chief Legal Officer and Sr. Vice-President of that company. In that capacity he oversaw civil personal injury litigation in over 40 states and supervised up to 100 outside top-notch personal injury lawyers around the country, attending numerous trials and mediations regarding... 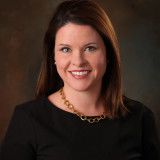 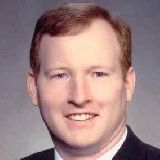 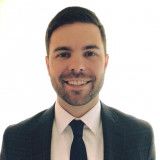 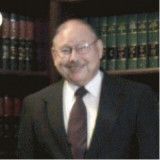 Social Media
James D. Purple
Chattanooga, TN Family Law Lawyer with 38 years experience
6406 East Brainerd Road
Chattanooga, TN 37421
Free ConsultationFamily, Divorce, Domestic Violence and Estate Planning
University of Memphis Cecil C. Humphreys School of Law
Compare Save
Show Preview
View Website View Lawyer Profile
I love people and continue practicing law in order to help people who are in situations that require an attorney. I have practiced family law, divorce, child custody and adoption, for over 35 years. I also represent people who are charged with a crime, or need debt relief in bankruptcy. One of my unique practice areas is trust centered estate planning. I discovered early in my career that regular folks have the same estate planning needs as those who are among the wealthiest.
Purple Law Firm is a general practice law firm. In addition to Jim Purple,...