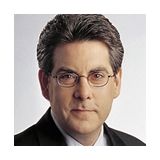 Free Consultation Offers Video Conferencing Video ConfAdministrative and Personal Injury
Quinnipiac University School of Law
Compare Save
Show Preview
View Blog View Lawyer Profile Email Lawyer
I was born and raised in Brooklyn, New York. I attended and graduated from Manhattan College summa cum laude in 1999 with a Bachelor of Arts Degree in Government and International Studies, earning the College’s Ryan Medal for Government and induction into multiple honor societies, including Phi Beta Kappa. I received my Juris Doctorate at Quinnipiac University School of Law in 2002 – at age 23. I am licensed to practice law in the State of New York and has been admitted to practice in federal court in the Southern & Eastern Districts of New York. I am a...

Free ConsultationAdministrative, Domestic Violence, Family and Juvenile
University of Miami School of Law
Compare Save
Show Preview
View Blog View Lawyer Profile
I served as counsel for New York City Children'ss Services for approximately two years. During that time, I was responsible for a high volume caseload, from inception to conclusion. While representing New York State I ran the gambit of hearings (pre and post dispositional), motion practice, trial procedure, and appealable issues. In addition, I am a member of the Assigned Law Guardian Family Court Panel in Queens County. Assigned Counsel for the Second Department Appellate Division under (known as the â18B panel"; 18B refers to the New York County Law authorizing indigent defense). In addition to my experience in child abuse...