Claimed Lawyer ProfileSocial MediaResponsive Law
Daniel Kane
Milton, NY Gov & Administrative Law Lawyer with 4 years of experience
19 Quaker Hill Road
Milton, NY 12547
Free ConsultationAdministrative, Business and IP
The Catholic University of America Columbus School of Law
Compare Save
Show Preview
View Website View Lawyer Profile Email Lawyer
Daniel "Dan” Kane is a registered patent attorney and corporate counsel with a passion for entrepreneurship — on main street or on a mainframe. For nearly a decade, he has advocated for startups and small businesses in New York State and across the country, from fighting burdensome regulations to protecting the innovative foundations of companies. With this law firm, he plans to solve the most persistent problem plaguing entrepreneurs — access to counsel.

(1 Peer Review)
(212) 734-0128 1370 Broadway
#558
New York, NY 10018
New York, NY Gov & Administrative Law Lawyer with 26 years of experience
Administrative, Employment and Health Care
Wayne State University Law School
Compare Save
Show Preview
View Website View Lawyer Profile Email Lawyer
ROBERT S. IWREY is a founding partner of The Health Law Partners, P.C. He graduated with High Distinction from the University of Michigan in 1988. While at the University of Michigan, he was an Executive Member of the Psi Chi National Honor Society and was a member of the Golden Key National Honor society. In 1993, Mr. Iwrey earned his J.D. at Wayne State University Law School, where he was awarded the American Jurisprudence Award in Advanced Legal Writing and was an award-winning member of Moot Court. Mr. Iwrey has been a practicing litigator since 1993. In addition, he...

Offers Video ChatAdministrative, Education, Employment and Municipal
Albany Law School
Compare Save
Show Preview
View Website View Lawyer Profile Email Lawyer
After graduating from Manhattan College in 2009, Jacob began his career as a Special Education Advocate & Paralegal. For seven years he worked for a reputable Manhattan-based law firm that concentrates on advocating for students with special needs. As an Advocate, Jacob would often attend Committee on Special Education (“CSE”) meetings alongside parents, providing them with assistance in the development of their children’s Individual Education Programs (“IEP”) and/or 504 Plans. When disputes arose with local school districts, Jacob assisted attorneys in all phases of the administrative due process procedure provided by the Individuals with Disabilities Education Act ("IDEA"). This often...

Previously, Elena worked as a Felony Assistant District Attorney at the Kings County District Attorney’s Office in Brooklyn, New York where she handled thousands of cases from arraignment to disposition. During her six years at the District...

Administrative, Appeals, Environmental and Municipal
Syracuse University
Compare Save
Show Preview
View Website View Lawyer Profile Email Lawyer
Turner and Turner was established in 1996 and has provided high-quality legal representation to clients in the business, real estate, environmental and municipal community ever since. Turner & Turner is dedicated to staying at the leading edge of emerging issues and trends providing our clients unparalleled scholarship. Our record of achievement speaks for itself.

Free ConsultationAdministrative, Landlord Tenant, Municipal and Real Estate
Hamline University School of Law
Compare Save
Show Preview
View Website View Lawyer Profile Email Lawyer
With over 20 years of experience, Dustin Bowman is committed to providing skilled and knowledgeable legal representation. His practice areas include Landlord Tenant, Real Estate, Construction, Consumer, Municipal Law, Government & Administrative, Divorce, Family, and Personal Injury Law matters. Whether in or out of the courtroom, Mr. Bowman is dedicated to both outstanding service and zealous advocacy. He has built a strong reputation as an effective and efficient attorney for New Yorkers with legal needs.


Administrative, Appeals, Arbitration & Mediation and Communications
University of Baltimore School of Law
Compare Save
Show Preview
View Website View Lawyer Profile
Mr. O'Neill was born in Granite City, Illinois to Lawrence Frederick O'Neill, a highly decorated Irish-American fighter pilot and ace, and Dorothy Lee Breckenridge, a member of the famous American Breckenridge family. He spent his childhood on various naval bases where is father was subsequently stationed. He completed his secondary education at St. Aloysius School, in Malta, and graduated with a degree in Economics from the University of Maryland. He served in the US. Army during the Vietnam war in the Army Security Agency, assigned to the National Security Agency (NSA). He subsequently graduated from law...

Claimed Lawyer ProfileSocial Media
Leo Glickman
New York, NY Gov & Administrative Law Lawyer with 24 years of experience
(718) 852-3710 5030 Broadway
Suite 652
New York, NY 10034
Administrative, Civil Rights, Criminal and Employment
Brooklyn Law School
Compare Save
Show Preview
View Website View Lawyer Profile
Founding partner Leo Glickman has a long track record of holding the powerful accountable and fighting for progressive candidates and causes. While serving as the NY State Chair of Common Cause, he spearheaded legal efforts to force the Republican-led New York State Senate to open their financial books. The case resulted in a landmark decision by the Court of Appeals, Weston vs. Sloan, that requires the State Senate to disclose its taxpayer-funded budget to the public. Mr. Glickman is an experienced civil rights litigator, representing clients whose constitutional rights have been violated by members of the Police Department and the Department... 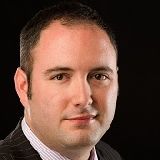 Use Justia to research and compare Stanfordville attorneys so that you can make an informed decision when you hire your counsel.