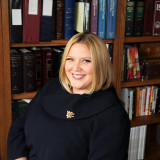 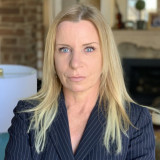 Administrative, Criminal, Health Care and White Collar Crime
Fordham University School of Law and Fordham University School of Law
Show Preview
View Website View Lawyer Profile Email Lawyer
Prior to starting Wagner Litigation Partners, Katie spent over 20 years as a criminal and civil prosecutor. During her career, she has held multiple senior roles, including 8 years at the New York State Office of Attorney General, where she served as Chief of Criminal Investigations in the Medicaid Fraud Control Unit. Katie also spent 3 years as a Prosecuting Attorney at the Office of Professional Discipline (NYS Department of Education) handling professional misconduct and licensing cases. She also served 5 years at the Monroe County District Attorney's Office where she prosecuted cases including homicides, domestic violence,...
Compare Save 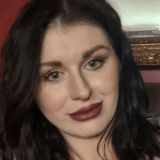 An active participant in the bar, Robert has...
Compare Save

Free ConsultationAdministrative, Business and IP
The Catholic University of America Columbus School of Law
Show Preview
View Website View Lawyer Profile Email Lawyer
Daniel "Dan” Kane is a registered patent attorney and corporate counsel with a passion for entrepreneurship — on main street or on a mainframe. For nearly a decade, he has advocated for startups and small businesses in New York State and across the country, from fighting burdensome regulations to protecting the innovative foundations of companies. With this law firm, he plans to solve the most persistent problem plaguing entrepreneurs — access to counsel.

Prior to private practice, Dan served in several roles with the U.S. Small Business Administration (“SBA”) in Washington, D.C. As an Assistant Chief...
Compare Save 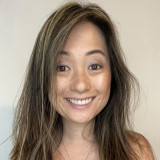 Free ConsultationOffers Video ConferencingVideo ConfAdministrative, Business, Entertainment & Sports and Real Estate
Albany Law School
Show Preview
View Website View Lawyer Profile Email Lawyer
Think of me as your versatile, personal attorney. What is the main advantage of hiring a solo practitioner? If I took my talents to another shop, the biggest difference to you is the invoice. Call me today and immediately find out why I'm not your average lawyer.

Please allow me the privilege of becoming the legal partner you actually enjoy!
Compare Save

New York, NY Gov & Administrative Law Lawyer with 29 years of experience
Administrative, Employment and Health Care
Wayne State University Law School
Show Preview
View Website View Lawyer Profile Email Lawyer
ROBERT S. IWREY is a founding partner of The Health Law Partners, P.C. He graduated with High Distinction from the University of Michigan in 1988. While at the University of Michigan, he was an Executive Member of the Psi Chi National Honor Society and was a member of the Golden Key National Honor society. In 1993, Mr. Iwrey earned his J.D. at Wayne State University Law School, where he was awarded the American Jurisprudence Award in Advanced Legal Writing and was an award-winning member of Moot Court. Mr. Iwrey has been a practicing litigator since 1993. In addition, he...
Compare Save

Claimed Lawyer ProfileOffers Video ConferencingSocial MediaResponsive Law
Gene R. Berardelli
Cedarhurst, NY Gov & Administrative Law Lawyer with 16 years of experience
(516) 371-2800 366 Pearsall Avenue, Suite 5
Cedarhurst, NY 11516
Free ConsultationOffers Video ConferencingVideo ConfAdministrative and Personal Injury
Quinnipiac University School of Law
Show Preview
View Blog View Lawyer Profile Email Lawyer
I was born and raised in Brooklyn, New York. I attended and graduated from Manhattan College summa cum laude in 1999 with a Bachelor of Arts Degree in Government and International Studies, earning the College’s Ryan Medal for Government and induction into multiple honor societies, including Phi Beta Kappa. I received my Juris Doctorate at Quinnipiac University School of Law in 2002 – at age 23. I am licensed to practice law in the State of New York and has been admitted to practice in federal court in the Southern & Eastern Districts of New York. I am a...
Compare Save

After tiring of a life in bureaucracy, in 2015, I began my own firm to bring this high level knowledge to the small business and...
Compare Save

Mr. Bowman received his B.A. from the University of New Hampshire in 1995. He earned his J.D. from the Hamline University School of Law in 1998....
Compare Save

Free ConsultationAdministrative, Appeals, Civil Rights and Employment
Lewis & Clark Law School and Elisabeth Haub School of Law - Pace University
Show Preview
View Website View Lawyer Profile Email Lawyer
The Diederich Law Office focuses on helping victims of illegality and bias in employment and civil rights cases, particularly wrongful termination and job discrimination cases, and negotiating severance packages. Cases include wrongful discrimination based upon age, gender / sex, national origin, race, pregnancy or disability. I also served as a "citizen soldier" (US Army reservist), with tours of duty in the combat zones of Iraq (2004-05) and Afghanistan (2012), as an Army lawyer. I retired in the rank of lieutenant colonel. We handle cases from Long Island, through New York City and into the Hudson...
Compare Save

Claimed Lawyer ProfileSocial Media
Leo Glickman
New York, NY Gov & Administrative Law Lawyer with 26 years of experience
(718) 852-3710 5030 Broadway
Suite 652
New York, NY 10034
Administrative, Civil Rights, Criminal and Employment
Brooklyn Law School
Show Preview
View Website View Lawyer Profile
Founding partner Leo Glickman has a long track record of holding the powerful accountable and fighting for progressive candidates and causes. While serving as the NY State Chair of Common Cause, he spearheaded legal efforts to force the Republican-led New York State Senate to open their financial books. The case resulted in a landmark decision by the Court of Appeals, Weston vs. Sloan, that requires the State Senate to disclose its taxpayer-funded budget to the public. Mr. Glickman is an experienced civil rights litigator, representing clients whose constitutional rights have been violated by members of the Police Department and the Department...
Compare Save

I previously worked as a federal prosecutor in the Manhattan U.S. Attorney's Office. As a prosecutor, I led hundreds of grand jury investigations into violations of federal law, including money laundering, securities fraud, bank fraud, mail and wire fraud, bankruptcy fraud and civil and criminal asset-forfeiture actions.
Compare Save

Free ConsultationAdministrative, Domestic Violence, Family and Juvenile
University of Miami School of Law
Show Preview
View Blog View Lawyer Profile
I served as counsel for New York City Children'ss Services for approximately two years. During that time, I was responsible for a high volume caseload, from inception to conclusion. While representing New York State I ran the gambit of hearings (pre and post dispositional), motion practice, trial procedure, and appealable issues. In addition, I am a member of the Assigned Law Guardian Family Court Panel in Queens County. Assigned Counsel for the Second Department Appellate Division under (known as the â18B panel"; 18B refers to the New York County Law authorizing indigent defense). In addition to my experience in child abuse...
Compare Save

Ariel frequently represents clients based in Asia, the European Union, and the Middle East. ...
Compare Save

Administrative, Environmental and Municipal
Show Preview
View Website View Lawyer Profile Email Lawyer
Michele L. Babcock is the Managing Partner of the firm. Michele joined Jacobowitz and Gubits, LLP in 2003, and became a Partner in 2011. Michele has represented local governments, municipal officials and private applicants in zoning, land use and environmental permitting and in litigation.

Administrative, Business, Criminal and Divorce
State University of New York - Buffalo
Show Preview
View Lawyer Profile Email Lawyer
Jennifer P Stergion, Esq. was the founding Chair of the Erie County Bar Association's Committee on Veterans and Servicemembers Legal Issues. She is the current Secretary of that Bar Association Committee and a member of the Bar's Family Law Practice and Procedure Committee. Jennifer has a Bacheolor's degree in Clinical Psychology, a Masters in Criminal Justice, and a J.D. with dual concentrations in International Law and Civil Litigation. She is admitted to the United States Court of Appeals for Veterans Claims, is a Department of Veterans Affairs accredited attorney, and admitted to the Appellate Division, 4th Department of...
Compare Save
Next
Gov & Administrative Lawyers in Nearby CitiesGov & Administrative Lawyers in Nearby Counties
FAQ Lawyers Get Listed