Robert is a founding member of the U.S. Court of Appeals for Veterans Claims Bar Association and served as President of that organization for the year 2002-2003. Mr. Chisholm served as the President of the...
Compare Save 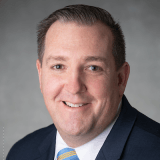 Offers Video ConferencingVideo ConfAdministrative, Criminal, Municipal and Personal Injury
Roger Williams University School of Law
Show Preview
View Website View Lawyer Profile Email Lawyer
Stephen currently serves as the Town Solicitor in the Towns of Lincoln and Warren, Rhode Island. He also represents a variety of businesses and private clients in the area of zoning and land use. Stephen possesses a background in law enforcement and has extensive experience in criminal matters and labor relations, including contract negotiations, grievance arbitrations, and employee discipline. Stephen is a graduate of Roger Williams University School of Law, cum laude. While attending law school, Stephen served as a Judicial Extern for the Honorable Francis X. Flaherty in the Rhode Island Supreme Court and was...
Compare Save 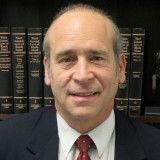