Administrative, Divorce, Family and Tax
University of South Carolina School of Law
Compare Save
Show Preview
View Website View Lawyer Profile Email Lawyer
A New Jersey native, Lauren graduated from Monmouth University in 2009 with a B.S. in Social Work. Immediately thereafter, Lauren moved to South Carolina to attend the University of South Carolina School of Law from where she graduated in 2012. During law school Lauren became a volunteer Guardian ad Litem in abuse and neglect cases and served as a volunteer GAL until 2019. Today, Lauren represents volunteer GALs in Berkeley County. 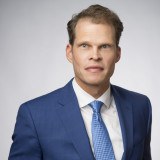