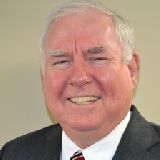 (1 Peer Review)
(213) 623-4592 600 Wilshire Blvd.
Suite 1550
Los Angeles, CA 90017
Los Angeles, CA Immigration Law Attorney with 47 years of experience
Immigration
University of California - Los Angeles
Compare Save
Show Preview
View Website View Lawyer Profile Email Lawyer
The Law Offices of Carl Shusterman is one of the top immigration law firms in the United States, representing both corporate and individual clients in all 50 states. Founded by a former INS Trial Attorney and staffed by 8 veteran immigration lawyers, the firm has been featured on CNN, Good Morning America, the Wall Street Journal, the New York Times, the National Law Journal and dozens of other national and international media outlets. Our website, https://www.shusterman.com, is a virtual encyclopedia of U.S. Immigration Laws and Procedures.


Canoga Park, CA 91303
Free ConsultationOffers Video ChatCanoga Park, CA Immigration Law Lawyer with 5 years of experience
Immigration, Business, IP and Personal Injury
Southwestern Law School
Compare Save
Show Preview
View Website View Lawyer Profile Email Lawyer
Robert was the youngest graduate of his class at Southwestern Law School. He has been the recipient of several legal awards, including the Witkin Award for Academic Excellence, the Wildman & Schumacher Scholarship, and the Edna Kraemer Dunlap Scholarship. Robert is also certified as a professional LexisNexis and WestlawNext researcher. He earned his Bachelor of Arts cum laude from UCLA with a major in political science. 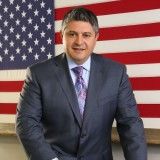 
Los Angeles, CA 90024
Free ConsultationImmigration
Capital University Law School
Compare Save
Show Preview
View Website View Lawyer Profile Email Lawyer
Born in Detroit, Michigan, Jeffrey C. Pettys grew up in Ohio. Mr. Pettys attended The Ohio State University and received his Bachelor of Science in Business Administration. Mr. Pettys met his wife, Pilar Cusi, while attending college. Upon graduation, Mr. Pettys worked as a Commercial Banker in Pittsburgh, Pennsylvania. While in Pittsburgh, he and his wife decided to marry after a long courtship and decided to travel to Cebu Ciy, Philippines to be married. After returning to the United States, Mr. Pettys made plans to attend law school at Capital University Law School in Columbus, Ohio. He graduated from Law... 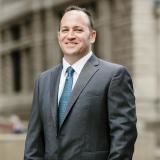 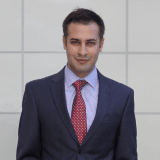 Claimed Lawyer ProfileQ&ASocial Media
Simon Stepanyan
North Hollywood, CA Immigration Law Attorney with 5 years of experience
(747) 777-2977 4605 Lankershim Blvd, Suite 202
North Hollywood, CA 91602
Free ConsultationImmigration, Consumer and Personal Injury
University of Southern California Gould School of Law
Compare Save
Show Preview
View Website View Lawyer Profile Email Lawyer
Simon Stepanyan is a founding partner of Stepanyan Oganesyan LLP. Growing up in a family of attorneys, it was only a matter of time before Simon would become one himself. He is a graduate of law schools in the United States, France, and Armenia. Simon’s legal education is complemented by his work experience at law firms in all three countries. 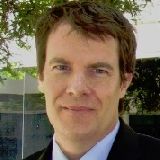 Sherman Oaks, CA 91403
Free ConsultationImmigration, Business and Family
University of La Verne
Compare Save
Show Preview
View Website View Lawyer Profile Email Lawyer
We handle many US immigration cases on behalf of clients throughout the United States and from around the world. 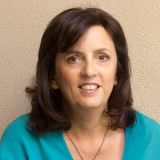 
Los Angeles, CA 90064
Immigration
UCLA School of Law
Compare Save
Show Preview
View Website View Lawyer Profile Email Lawyer
Pamela Hartman practices exclusively in the area of immigration law. She is a California Certified Legal Specialist in Immigration and Nationality Law, certified by the California Board of Legal Specialization of the State Bar of California and a member of the American Immigration Lawyers Association.

Since graduating from UCLA Law School in 2003, she has earned a reputation as a tireless advocate for immigrants. As an attorney, Pamela has worked on a variety of immigration matters. She has filed successful petitions for many immigrants of extraordinary ability, including musicians, jugglers, actors and scientists. Pamela has helped dozens of Iraqi immigrants...
Next
Immigration Lawyers in Nearby CitiesImmigration Lawyers in Nearby Counties
FAQ Lawyers Get Listed