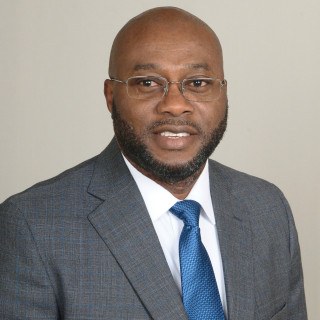 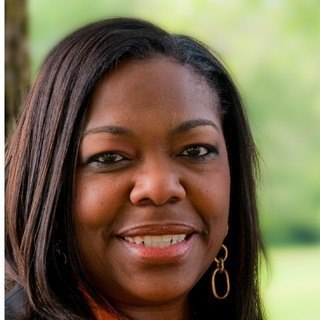 The go to immigration attorney. 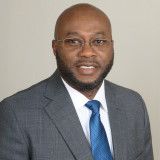 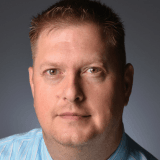 Claimed Lawyer ProfileSocial Media
Steven Alexander Culbreath Esq.
Pinellas County, FL Immigration Law Lawyer with 18 years experience
(727) 456-6463 111 - 2nd Avenue NE
Plaza Tower, Suite 360
St. Petersburg, FL 33701
Immigration, Business and Estate Planning
Stetson University College of Law
Compare Save
Show Preview
View Website View Lawyer Profile Email Lawyer
The overwhelming majority of my immigration law practice derives from repeat business and a very strong referral base of “happy customers” and a large supporting professional network. As such, it is important to me that my clients report back to me frequently with feedback. To me, there is no substitute for a happy referral by my clients and contacts to others who may need my services or advice. I welcome all referrals. While there is no substitute for a face-to-face meeting with me, in order for you to decide if I am the right lawyer for you,...

(1 Peer Review)
(727) 823-0000 200 Central Ave
#400
St Petersburg, FL 33701
Free ConsultationOffers Video ChatPinellas County, FL Immigration Law Lawyer with 19 years experience
Immigration, Criminal, Employment and Family
University of Cambridge and University of Florida Levin College of Law
Compare Save
Show Preview
View Website View Lawyer Profile Email Lawyer
An experienced trial attorney, Robert Whittel provides his clients with strong, disciplined, results-oriented representation. Prior to becoming a lawyer, he served as a Lieutenant Commander in the US Navy. Robert graduated from both law school and the United States Merchant Marine Academy with honors, and served on the esteemed Florida Law Review. Before co-founding Whittel & Melton, a full-service law firm, Robert gained valuable experience in the court room both serving as a former prosecutor and representing large corporations in complex litigation and transactional matters. Robert is devoted to fighting for his clients’ rights. He handles all types of criminal... 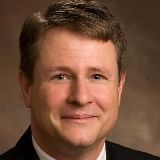 Claimed Lawyer ProfileSocial Media
Eric William Neilsen
Pinellas County, FL Immigration Law Lawyer with 19 years experience
(727) 350-3240 5795 Lynn Lake Drive S.
St Petersburg, FL 33712
Free ConsultationImmigration, Bankruptcy, Business and Family
Western Michigan University Cooley Law School
Compare Save
Show Preview
View Website View Lawyer Profile Email Lawyer
Principal Neilsen Law Group, P.A. www.NeilsenLawGroup.com We are a general practice law firm, with specialties in bankruptcy, family law, immigration, and general civil litigation. Often, more than one area of expertise is required to address a particular matter. With us, there's no need to hire a multitude of attorneys. We can provide you with comprehensive legal support allowing us to advocate for you in many areas of law. We are dedicated legal professionals well-versed in many specialized areas of law, bringing a diverse background to the table. This gives us an edge when dealing with complex legal matters. 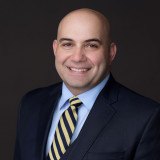 Pinellas Park, FL 33781
Immigration
Stetson University College of Law and Stetson University College of Law
Compare Save
Show Preview
View Website View Lawyer Profile Email Lawyer
Experience Unrivaled Service in the Immigration Law Field! The story of the American Dream Law Office PLLC starts with the dream of a young Lebanese man coming to the United States to become an attorney. This young man persevered against long odds. He attended Stetson University and received the best education one could receive. In 2011, he became a member of the Florida Bar, opening the door to helping immigrants like himself achieve their lifelong dreams of becoming Americans. That young man experienced what it is like to be away from his family. The young man’s name was Ahmad Yakzan,... 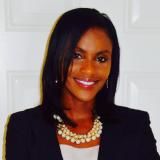 She hails from the beautiful twin isle of Trinidad and Tobago. Jamila graduated with honors from Spelman College in Atlanta, GA, where she majored in Economics and minored in Business Administration. She obtained her Masters in Business Administration (MBA), with a concentration in Finance, from Clark Atlanta University School of Business. She worked in the Banking and Finance... 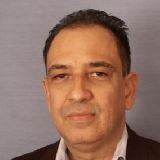 Largo, FL 33771
Immigration and IP
Stetson University College of Law
Compare Save
Show Preview
View Website View Lawyer Profile Email Lawyer
I am a veteran of the technology industry and now practice law with The Digital Business Law Group P.A. (www.digitalbusinesslawgroup.com ). We practice "digital law" otherwise known as cyberlaw. For all intents and purposes our national law practice is exclusively an online business. Most of our clients come from, and nearly all of our marketing efforts are directed to, the web. 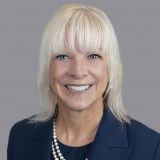 Moved to Florida in 2014 and worked as a Legal Specialist in the area of Immigration Law. Jane was called to the Massachusett's Bar in November of 2018.

Jane is an immigrant herself and is sensitive to the stress and difficulties her client's face in pursuit of their immigration goals. She cares ! 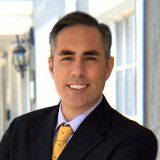 Claimed ProfileSocial Media
Kevin D. Slattery Esq.
(813) 839-7474 4860 West Gandy Blvd.
Tampa, FL 33611
Immigration
University of Florida
Compare Save
Show Preview
View Website View Profile Email
KEVIN D SLATTERY obtained his Bachelor of Arts degree in both Political Science and French from the University of Notre Dame in 1997. While at the University of Notre Dame, he was an active member of both the Notre Dame Council on International Business Development and the national political science honor society Pi Sigma Alpha. During his time at Notre Dame, he also studied abroad for one academic year at the Université Catholique de l’Ouest in Angers, France. In 1998, Mr. Slattery participated in the NAFTA Leaders Internship Program at the Washington Center for Internships & Academic Seminars in Washington,... 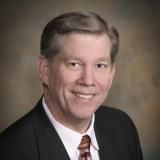 Claimed Lawyer ProfileSocial Media
Richard Henry Maney
Hillsborough County, FL Immigration Law Attorney with 45 years experience
5402 W. Hoover Blvd
Tampa, FL 33634
Immigration
University of Florida
Compare Save
Show Preview
View Website View Lawyer Profile Email Lawyer
Richard Henry Maney Senior Partner As the founder and managing attorney of Maney Gordon Zeller, P. A., Richard has been practicing in the area of U.S. Immigration and Naturalization law for over 41 years. He received his Bachelor of Science degree in Business Administration from the University of Florida in 1972. In 1974, he received his Juris Doctor from the University of Florida College of Law. Mr. Maney is a member of the Florida Bar Association and is Board Certified in the area of Immigration and Naturalization Law. He is also a member of the American Trial Lawyers... 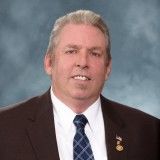 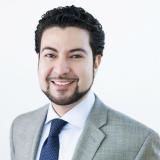 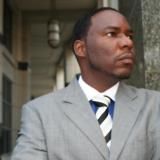 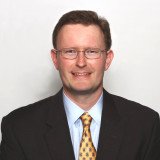 Claimed Lawyer ProfileSocial Media
Anthony Edward Olson
Hillsborough County, FL Immigration Law Lawyer with 20 years experience
(813) 982-3482 2202 N. West Shore Blvd.
Suite 200
Tampa, FL 33607
Immigration
Compare Save
Show Preview
View Website View Lawyer Profile Email Lawyer
Attorney Anthony "Tony" Olson obtained his law degree from Tulane University. He has been practicing in all areas of employment and family-based immigration law since 2000. Tony has lived and studied in Europe for extensive periods of time, and he has gained a solid understanding of other cultures and immigrants' hopes for a successful future in the United States. He is actively participating in lobbying efforts by legal, community-based, and business organizations that promote comprehensive immigration reform and expanded opportunities for legal immigration.

Tony is fluent in English, German, and Czech, and conversant in Swedish, Hungarian, Russian, and Spanish. 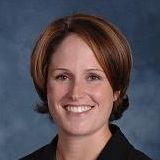 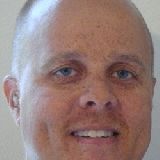 Claimed Lawyer ProfileSocial Media
Mr. Dale M Rodriguez
Hillsborough County, FL Immigration Law Attorney with 27 years experience
(866) 202-9921 550 N. Reo, Suite 300
Tampa, FL 33609
Immigration, Administrative, Civil Rights and Employment
Compare Save
Show Preview
View Website View Lawyer Profile Email Lawyer
I have practiced law continuously since 1993, focusing almost exclusively on the employment relationship. I am admitted to practice law in Florida (Florida Bar) and Texas (State Bar of Texas). I am also admitted to practice law before the United States Supreme Court and numerous federal courts with jurisdiction in Florida and Texas. Since year 2000, I have been Board Certified, Labor & Employment Law, by the Texas Board of Legal Specialization. I am a member of the American Immigration Lawyers Association (AILA). I attended the University of South Florida, in Tampa, Florida, and graduated with a undergraduate Bachelor of Arts... 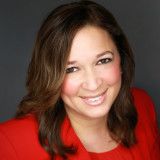 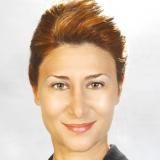 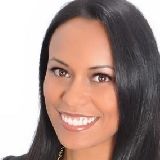 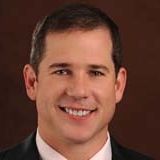 I've focused on Immigration and Naturalization Law since I began my career as an attorney and take great pride in assisting newcomers to this Country - and because of how the U.S. Immigration Laws impacted my Grandfather when he came to this country from Cuba.

Within Immigration Law, I practice in the areas of:

I've had a considerable amount of experience in this area of law.

Although based in Tampa, FL., I also serve visitors to...


Tampa, FL 33609
Immigration
Nova Southeastern University
Compare Save
Show Preview
View Website View Lawyer Profile Email Lawyer
Alessandro Giordano is an experienced immigration attorney and a member of the Florida and New York State bars. A native of Italy, Mr. Giordano has first-hand experience with the challenges of the U.S. immigration system. As such, he takes great pride in helping his clients achieve their American Dream and in changing their lives for the better.

Mr. Giordano handles all types of immigration cases, providing representation to businesses and individuals in removal defense, family-based, and business and employment based matters. As for family-based cases, Mr. Giordano assists foreign nationals as well as U.S. Citizens and Permanent Residents in reuniting... 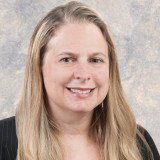 Clearwater, FL 33756
Immigration and Family
University of North Carolina - Chapel Hill
Compare Save
Show Preview
View Website View Lawyer Profile Email Lawyer
At Julie Beth Jouben, P.A. we utilize our knowledge and experience to solve legal problems for our clients. We recognize that your case is unique and will treat it as such. A key element to providing personalized service is understanding our clients’ needs. We listen to our clients and provide compassionate representation. Open and honest communication is a necessary element of the attorney/client relationship. 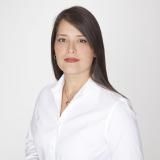