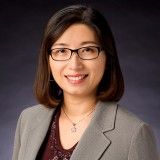 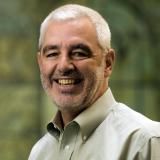 
Honolulu, HI 96822
Free ConsultationImmigration
University of Hawai'i at Manoa William S. Richardson School of Law
Compare Save
Show Preview
View Website View Lawyer Profile Email Lawyer
John Robert Egan is an experienced Immigration Attorney, and has served as the Chairperson of the American Immigration Lawyers Association, Hawaii Chapter in 2008-2009. His immigration law practice experience includes two and a half years as supervising attorney of the Refugee and Immigration Law Clinic at the William S. Richardson School of Law at the University of Hawaii at Manoa (UHM). His university teaching experience includes five years developing curricula and teaching about Humanitarian Law and Assistance in the Program on Disaster Management and Humanitarian Assistance at UHM. He has also taught as an adjunct professor at... 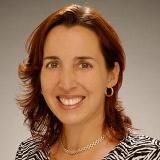 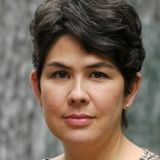 
Honolulu, HI 96813
Immigration
Indiana University - Indiana University-Bloomington
Compare Save
Show Preview
View Website View Lawyer Profile Email Lawyer
Ms. Hirota began her law practice in Ohio as an associate with Taft, Stettinius & Hollister, a large law firm in Cincinnati. After practicing immigration law in Ohio for two years, Ms. Hirota returned to her family in Hawaii and joined Lynch & Farmer in 1997. She was named a partner of Lynch Ichida Thompson Kim & Hirota in 2002 and left that firm to found Hirota & Associates in 2009. Ms. Hirota’s practice concentrates solely in U.S. Immigration and Nationality law. Ms. Hirota is an active member of the American Immigration Lawyers Association, having served on the following... 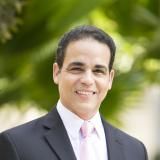 Claimed Lawyer ProfileSocial Media
Paul Herrán
Honolulu, HI Immigration Law Attorney with 16 years experience
(808) 383-8829 1088 Bishop Street
Penthouse
Honolulu, HI 96813
Immigration, Environmental, Landlord Tenant and Personal Injury
Compare Save
Show Preview
View Website View Lawyer Profile Email Lawyer
As the landscape for legal services evolves, our fundamental goal is to continuously elevate our level of service to clients and control costs at the same time. To accomplish this important goal, a creative approach to solving legal problems becomes crucial. We believe creativity means finding the right solution unique for each individual client, rather than relying on a one-size-fits-all approach. We also rely on innovative technologies to enhance client value. It is our pleasure to provide you with such services. We are here to help and we take pride in doing so. Contracts Immigration Environmental Law Agency... 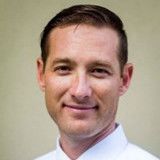 Claimed Lawyer ProfileResponsive Law
Rick Abelmann
Honolulu, HI Immigration Law Lawyer with 14 years experience
(808) 589-1010 677 Ala Moana Blvd #1009
Honolulu, HI 96813
Immigration, Arbitration & Mediation, Bankruptcy and International
Washington University School of Law
Compare Save
Show Preview
View Website View Lawyer Profile Email Lawyer
Rick Abelmann is a bankruptcy attorney admitted to practice in Hawaii and New York. He graduated in economics before entering law school, and worked for both small and large business and firms in the past. Rick previously practiced corporate and securities law in Hong Kong with Clifford Chance, one of the largest law firms in the world, and also spent time working on the trading floor for the equities division of the Wall Street investment bank Morgan Stanley. He worked on transactions valued at hundreds of millions of dollars on a regular basis.

Honolulu, HI 96815
Immigration and Family
University of Hawai'i at Manoa William S. Richardson School of Law
Compare Save
Show Preview
View Website View Lawyer Profile
Mr. Tran is an experienced attorney dedicated to the practice of immigration and nationality law. He has fought for and protected the rights of large companies and individuals alike. Following his professional affiliations with solo practitioners, small to mid-sized firms, and non-profit organizations, Mr. Tran founded his own private practice to continue his goal of promoting and advocating immigrant rights. 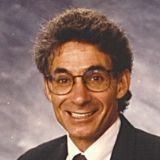 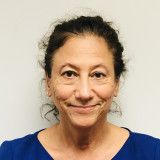