Immigration, Business, Estate Planning and Probate
Salmon P. Chase College of Law, Northern Kentucky University
Compare Save
Show Preview
View Website View Lawyer Profile Email Lawyer
Yanky Perelmuter started his legal career at one of the fastest growing corporations in the United States, an Inc. 5000 and Fast 55 company. There he learned the intricacies of law and business from some of the most talented and capable lawyers and business people in the United States. Since then he has proven to be an extremely capable and expert lawyer.


Immigration and Appeals
University of Kansas
Compare Save
Show Preview
View Website View Lawyer Profile Email Lawyer
I represent immigrants and businesses in Immigration Court, appeals, litigation, and various immigration issues and applications. My office is located close to I-485, near Johnson County Community College, in Overland Park, Kansas. My work includes both Kansas City immigration work and appellate work all over the United States. I'm admitted to practice before most federal Circuit Courts as well as the U.S. Supreme Court. I also assist immigrants with asylum applications and victims of crimes in the United States with U visas and T visas. 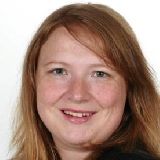 Immigration, Appeals, Bankruptcy and Family
Compare Save
Show Preview
View Website View Lawyer Profile
I am a former prosecutor with over 14 years of criminal law experience. I have tried over 50 jury trials.