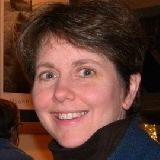 Claimed Lawyer Profile
Jennifer Atkinson Compare Save
Damariscotta, ME Immigration Law Lawyer with 26 years experience
(207) 563-5828 Main St.
Damariscotta, ME 04543
Immigration
Cornell University
Compare Save
Show Preview
View Lawyer Profile Email Lawyer
I have been practicing immigration law in the mid-coast region of Maine since 2013, after almost 20 years working in natural resources conservation law and policy. My interest in immigration is both professional and personal. I was a landed immigrant (permanent resident) of Canada for several years and, after returning to the U.S. adopted both of my children internationally. I love learning and working across cultures and am a strong believer in the need to attract new immigrants to this region.