Claimed Lawyer ProfileQ&ASocial Media
Hector E. Quiroga
Clark County, NV Immigration Law Lawyer with 10 years of experience
(702) 608-8591 7935 W Sahara Ave
#103
Las Vegas, NV 89117
Immigration
Gonzaga University School of Law
Compare Save
Show Preview
View Website View Lawyer Profile Email Lawyer
Hector E. Quiroga is an immigration attorney and a professor of law at Gonzaga University Law School. Hector immigrated to the United States in January, 2000. He spoke no English but had a strong desire to become an immigration lawyer. Hector worked in many jobs to support his career (from unloading trucks, to washing dishes, to installing antennas). He learned and mastered English and settled in Spokane, Washington. He graduated with honors and attended Gonzaga School of Law, where he graduated top of his class. He was part of the University Moot Court Room, where he earned distinguished awards.

Free ConsultationImmigration and Criminal
University of Miami School of Law
Compare Save
Show Preview
View Website View Lawyer Profile Email Lawyer
Alexander Randolph Vail is the managing partner of the Law Office of Alexander R. Vail, L.L.C. Prior to establishing his own practice, Alex served as head of the Immigration Department at the Las Vegas Defense Group, L.L.C., where he still maintains of-counsel status, consulting with the firm’s criminal defense attorneys on immigration considerations affecting noncitizen defendants facing criminal charges. Prior to joining the Las Vegas Defense Group, Alex served as a law clerk with the Appeals Unit, Criminal Division, Clark County District Attorney’s Office. There he handled criminal appeals to the Nevada Supreme Court and a variety of post-conviction motions...

Kyle interned for U.S. Senator Barbara Boxer and the U.S. Air Force. He also clerked in Denver for the Honorable Kristin L. Mix of the U.S. District Court....

Immigration
The George Washington University Law School
Compare Save
Show Preview
View Website View Lawyer Profile Email Lawyer
An attorney licensed in Maryland and DC, Ms. Ontaneda-Bernales has also been admitted to the United States Supreme Court and the U.S. District Court for the District of Maryland. Her Immigration practice includes Relative Petitions, Fiance Visas, Naturalizations, Green Card Applications, Business and Investor Visas, and DACA, among other Immigration-related services. As a mediator, she has worked for the District Court of Maryland ADR Program. She is also a Spanish language consultant, translator, and interpreter, and is listed in the Maryland Court Interpreter Registry. Ms. Ontaneda-Bernales holds membership in various professional organizations and is Past President (2009-2010) of the...

Claimed Lawyer ProfileSocial Media
Leila Hale
Clark County, NV Immigration Law Lawyer with 20 years of experience
(888) 570-6001 400 South 4th Street
Suite 500
Las Vegas, NV 89101
Free ConsultationImmigration, Personal Injury and Workers' Comp
University of Idaho College of Law
Compare Save
Show Preview
View Website View Lawyer Profile Email Lawyer
Our practice focuses on the areas of personal injury, workers compensation and immigration. Our team is here to provide you with the best possible legal service and experience. My interest in the law developed in a unique manner. My father was a small town medical doctor and my mom was a nurse. From a very young age I knew I wanted to help people. When I decided on law, I was thrilled to learn that I could work alongside medical providers to help a client regain their health, in addition to helping them recover a financial settlement for their pain... 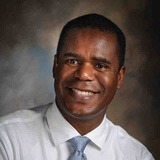 
Immigration
Phoenix School of Law and Florida Coastal School of Law
Compare Save
Show Preview
View Website View Lawyer Profile Email Lawyer
As an immigration attorney in Las Vegas, I am highly motivated to assist my family and employment-based clients to navigate the complicated US immigration laws successfully. It is very meaningful to me to hear “you did a good job.” At the same time, my practice is about delivering excellent service. Client A, for example, an Australian national and an IT manager on an E3 visa came to see me after the USCIS denied his case for a renewal of his E3 status. His business and his children's schooling hung in the balance. Though the US consulate in Melbourne Australia... 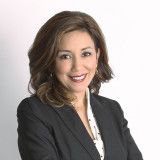 Immigration, Criminal, DUI and Domestic Violence
Compare Save
Show Preview
View Website View Lawyer Profile Email Lawyer
Martin Hart has over 20 years legal experience in Clark County. First as a law clerk for the Honorable Judge Pavlikowski, then almost seven years as a Deputy District Attorney and as a defense attorney as of July 5, 2005. He wrote his first appellate brief while still attending The University of Idaho College of Law and argued in front of the Nevada Supreme Court the day after he was sworn in as an attorney. Additionally, Martin Hart took and passed the Nevada state bar prior to his graduation from law school.

Free ConsultationImmigration, Criminal, DUI and Domestic Violence
Western Michigan University Cooley Law School
Compare Save
Show Preview
View Website View Lawyer Profile Email Lawyer
Amber Fuhriman, Esq., belongs to a rare class of Nevada attorneys who is equally competent in both criminal defense and immigration law. She has helped numerous foreigners gain permanent residency and citizenship. And when her immigrant clients face criminal charges, she knows how to defend them so as to minimize the chances of them being deported. So far Amber has accrued tremendous experience both in legal research and writing and in the courtroom. She already argued in front of the Ninth Circuit Court of Appeals in San Francisco twice, and she has been victorious on appeal to the... 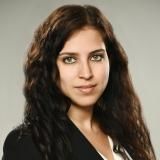 Claimed Lawyer ProfileSocial Media
Shirley Reginiano
Clark County, NV Immigration Law Attorney with 14 years of experience
(702) 518-0377 844 N. Rainbow Blvd.
#131
Las Vegas, NV 89107-1103
Immigration
Tel Aviv University
Compare Save
Show Preview
View Website View Lawyer Profile Email Lawyer
Shirley Reginiano practices exclusively in Immigration matters, with an emphasis on being accessible to her clients and offering fast handling of cases. She has extensive experience with the U.S. Citizenship and Immigration Services bureau in navigating the complex framework of the immigration process. Her license extends to practicing throughout all 50 States and she has successfully represented clients from around the world obtain Citizenship, Greencards and Visas.

Claimed Lawyer Profile
Xiaosheng Huang
Clark County, NV Immigration Law Attorney with 18 years of experience
(702) 451-2188 3608 E Sunset Rd.
Suite 110
Las Vegas, NV 89120
Immigration, Criminal and International
Compare Save
Show Preview
View Website View Lawyer Profile Email Lawyer
Xiaosheng, the founder and managing partner of Law Huang, hails from the Funiu Mountains at NanzhaoCounty of Henan, China. His academic credentials include a science degree in Geography from East China Normal University in Shanghai; law degrees from Foreign Affairs College in Beijing and the University of Notre Dame Law School in Notre Dame, Indiana. He also studied at a Ph.D. program at Fudan University in Shanghai. Attorney Huang has successfully represented a diverse range of over 2,000 American, Chinese, and international clients since 2002. He is a member of Bars of the State of New York, the U.S.... 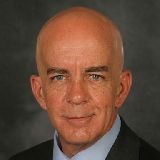 Claimed Lawyer Profile
Joel Henry Wolff
Clark County, NV Immigration Law Lawyer with 21 years of experience
(702) 433-7799 3101 Spring Mountain Road
Suite #1
Las Vegas, NV 89102
Immigration, Administrative and Social Security Disability
Gonzaga University School of Law
Compare Save
Show Preview
View Website View Lawyer Profile Email Lawyer
I have been helping individuals, families and small businesses transition a move from their home countries to the United States. I am an immigration attorney who has been practicing immigration and naturalization law for the past twenty (20) years. I have a wide swath of experience with many different types of immigration matters. 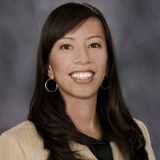 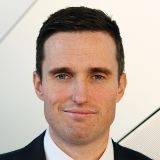 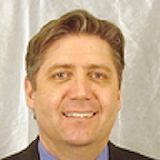