Claimed Lawyer Profile
Dr. Ilonka Aylward
Charlotte, NC Immigration Lawyer with 20 years of experience
(704) 312-0785 1645 Scotland Ave
Charlotte, NC 28207
Immigration, Appeals and Divorce
University of Virginia School of Law
Show Preview
View Website View Lawyer Profile Email Lawyer
Prior to founding Aylward Law in 2004, Dr. Aylward practiced law at Sullivan & Cromwell, LLP in New York City, where she worked with a team representing Microsoft in government antitrust litigation. She also practiced at Katten Muchin Rosenmann, LLP in Charlotte. Ilonka received her J.D. from the University of Virginia School of Law, where she served on the editorial board of the Virginia Law Review and was a John M. Olin Fellow in Law and Economics (1999-2001). At graduation, she was awarded the Olin Prize—an award for the best paper written in law and economics by a member of the...
Compare Save 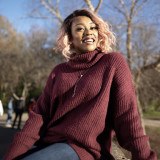 In 2020, there are several Immigration changes that could affect your eligibility and decrease your chances of success. An experienced immigration Attorney can make the difference between getting denied and losing money and time. I have kept up with all the new laws and will make sure...
Compare Save

Immigration
Georgia State University College of Law
Show Preview
View Website View Lawyer Profile Email Lawyer
H. Glenn Fogle, Jr., the founding member and principal of The Fogle Law Firm, LLC, is in his twenty-fifth year in the field of Immigration and Nationality Law. Raised in the United Kingdom until he was fourteen, Mr. Fogle returned to the U.S. with his family to attend high school and college. Mr. Fogle is a member of the bars of the U.S. Supreme Court and the U.S. Courts of Appeals of the Second Circuit, the Fourth Circuit, the Fifth Circuit, the Sixth Circuit, the Ninth Circuit and the Eleventh Circuit. He is a longtime member of the American...
Compare Save 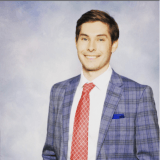 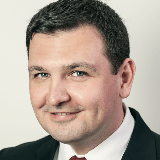 Immigration
Duke University School Of Law
Show Preview
View Website View Lawyer Profile Email Lawyer
A graduate of Duke Law School, Manvel Vasilyev is admitted to practice as an attorney in New York. Prior to establishing IntelinkLaw, Manvel was a partner with an international law firm. He also practiced with several of the most prominent regional and national law firms in the United States. Manvel is an active member of the American Immigration Lawyers Association (“AILA”) and the New York Bar Association. Through the years, Manvel gained vast experience in the areas of business and investor immigration law. He focuses on providing solutions to the complex immigration issues that enable employers to reach...
Compare Save 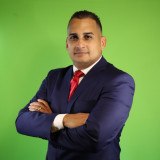 Free ConsultationImmigration, Criminal, Family and Workers' Comp
North Carolina Central University
Show Preview
View Website View Lawyer Profile
William Vásquez is a native of Queens, NY. He served in the U.S. Air Force from 2000-2007. He is a veteran of Operation Enduring Freedom and received the Joint Service Achievement Medal for his work as a Spanish linguist for the Defense Intelligence Agency in 2005. William graduated from Campbell University in 2007 with a degree in computer science. He earned his J.D. in 2011 from the North Carolina Central University School of Law. His practice areas include immigration law and criminal defense cases. He is licensed and in good standing with the State Bar of North Carolina and...
Compare Save

Immigration, Bankruptcy, Consumer and Foreclosure Defense
The University of Georgia School of Law
Show Preview
View Website View Lawyer Profile Email Lawyer
Charlotte bankruptcy attorney Sean Dillenbeck will be able to guide you through the bankruptcy process no matter what type of matter you may be facing. If you need assistance filing for Chapter 13 bankruptcy, Chapter 7 or with foreclosure defense then you should contact our firm by calling 888-816-4432 today.
Compare Save

Claimed Lawyer ProfileSocial Media
Daniel Christmann
Charlotte, NC Immigration Lawyer with 12 years of experience
(704) 817-0374 1511 E 7th Street
Charlotte, NC 28204
Free ConsultationImmigration
Charlotte School of law and University of Munich
Show Preview
View Website View Lawyer Profile Email Lawyer
Daniel Christmann is an Immigration Lawyer in Charlotte NC and the owner of Christmann Legal Immigration Law. His international personal and professional background inspired him to implement a unique cosmopolitan approach to the practice of law. Mr. Christmann is dually trained and licensed both in Europe and the United States and fluently speaks both English and German. He has worked in government and corporate settings as well as private practice. His professional experience has taught him to analyze cases from all angles and produce honest work in an efficient manner. Mr. Christmann started his legal career in Germany, where he...
Compare Save 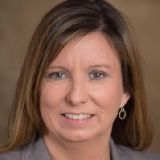 Claimed Lawyer ProfileOffers Video Conferencing
Dinh Tran
Charlotte, NC Immigration Lawyer with 9 years of experience
(704) 500-2075 1244 East Boulevard
Charlotte, NC 28203
Offers Video ConferencingVideo ConfImmigration
Mercer University
Show Preview
View Website View Lawyer Profile Email Lawyer
A multicultural lawyer with a passion for immigration and an extensive background in global affairs, Dinh is no stranger to diversity, as he is of Vietnamese descent and was raised in Poland. His native languages are Polish and Vietnamese, and he is fluent in English.

Dinh’s multifaceted approach to legal practice has afforded him the opportunity to further his expertise in the area of immigration and...
Compare Save

Free ConsultationImmigration
American University Washington College of Law
Show Preview
View Website View Lawyer Profile Email Lawyer
Morenike Omole is the Founder of Omole Law Office. She is a Maryland licensed attorney who is very passionate about immigration and Naturalization law. She earned her Bachelor’s degree in Foreign Affairs from the University of Virginia, and later earned her Juris Doctorate from American University Washington College of Law. Attorney Omole is a member of the American Immigration Lawyers Association, American Bar Association, and Maryland Bar Association. She is fully licensed to represent clients before the United States Citizenship and Immigration Services, Immigration and Customs Enforcement, Federal Courts, and the Board of Immigration Appeals. She has experience handling a...
Compare Save

Claimed Lawyer ProfileQ&AResponsive Law
Denise Anderson
Cornelius, NC Immigration Lawyer
(984) 244-1145 19109 W. Catawba Avenue, Suite 200
Cornelius, NC 28031
Immigration, Family, Medical Malpractice and Personal Injury
Charlotte School of Law
Show Preview
View Lawyer Profile Email Lawyer
Attorney Anderson is a passionate, knowledgeable, and dedicated attorney who stands with her clients every step of the way. After spending over a decade in the health care industry, that experience coupled with her experience as an attorney has positioned her to deliver unparalleled service to her clients. Her experience allows her to seamlessly analyze medical records and apply the law to determine the validity of medical malpractice cases, nursing home abuse cases, and personal injury cases.

Attorney Anderson also focuses on Immigration cases. Immigration law is not just a professional choice; it is a calling. As an immigrant,...
Compare Save