Claimed Lawyer ProfileSocial Media
David Eli Larson Esq
Dayton, OH Immigration Attorney with 43 years of experience
(937) 684-8890 1121 E. 3rd Street
Dayton, OH 45402
Immigration
Ohio State University - Columbus
Show Preview
View Website View Lawyer Profile Email Lawyer
Mr. Larson is an attorney and managing member at Larson, Lyons & Al-Hamdani LLC in Dayton, Ohio. The firm limits itself, almost totally, to immigration law. He served in the US Peace Corps in Turkey from 1967 to 1969. He has worked on a wide variety of legal matters during his thirty five years of practice. He spends almost all of his professional time on immigration law issues and has been a member of the American Immigration Lawyers Association (AILA) for over thirty years, having joined on July 27, 1987. He is married to Roberta Longfellow, a retired housing planner....
Compare Save

Claimed Lawyer Profile
Mohamed L Al-Hamdani
Dayton, OH Immigration Lawyer with 4 years of experience
(937) 938-7941 120 W. 2nd St.
Suite 1650
Dayton, OH 45402
Immigration
University of Dayton School of Law
Show Preview
View Lawyer Profile Email Lawyer
Mohamed AL-Hamdani came as a Refugee along with his family to the City of Dayton in 1992. At the time he was 10 years old. He is the second child of 6. Mohamed is graduate of Wright State University and he received his Juris Doctorate at the University of Dayton School of Law in 2013. Mohamed has dedicated himself to serving this community. He was elected to the Dayton Public Schools Board of education and began serving his first term January 2018. In 2021, Mohamed was inducted into the Dayton Business Journal Forty under 40 Hall of fame. Mohamed is...
Compare Save

Claimed Lawyer ProfileOffers Video ConferencingSocial Media
Vania T. Stefanova
Cincinnati, OH Immigration Attorney with 25 years of experience
(800) 808-4013 Georgetown Village
1 - 38 Triangle Park
Cincinnati, OH 45246
Offers Video ConferencingVideo ConfImmigration
University of Akron School of Law
Show Preview
View Website View Lawyer Profile Email Lawyer
Vania Stefanova is the head of the Immigration Litigation Division at Herman Legal Group, providing services in removal/deportation defense and appeals before the Board of Immigration Appeals. An immigrant from Bulgaria, Vania has over 20 years of experience in immigration law. Throughout her successful career, she has handled matters in all areas of immigration law. From family-based immigration such as relative and fiancé petitions – to business/employment and investment immigration (e.g. E, L, R visas, EB1/2 immigrant petitions) – to naturalization, Vania works tirelessly to give our clients the best advice and outcomes possible.
Compare Save

Claimed Lawyer ProfileSocial Media
Jorge Hernan Martinez
Blue Ash, OH Immigration Attorney with 13 years of experience
(888) 669-6715 11160 Kenwood Rd.
Ste 110
Blue Ash, OH 45242
Immigration, Juvenile and Traffic Tickets
University of Cincinnati College of Law, and
Show Preview
View Website View Lawyer Profile Email Lawyer
An immigrant helping Immigrants. Jorge is from Bogota, Colombia, where he became a lawyer in 1988. Moved to the United States in 2001 and since 2009 opened his practice where he serves the immigrant community. Now with two other bi-lingual attorneys in his firm he serves the immigrant community in immigration and criminal matters. We take pride in the quality of our services.
Compare Save

Claimed Lawyer ProfileQ&ASocial Media
Yanky Perelmuter
Cincinnati, OH Immigration Lawyer with 7 years of experience
(513) 913-9545 10901 Reed Hartman Hwy
Suite 108
Cincinnati, OH 45242
Immigration, Business, Estate Planning and Probate
Salmon P. Chase College of Law, Northern Kentucky University
Show Preview
View Website View Lawyer Profile Email Lawyer
Yanky Perelmuter started his legal career at one of the fastest growing corporations in the United States, an Inc. 5000 and Fast 55 company. There he learned the intricacies of law and business from some of the most talented and capable lawyers and business people in the United States. Since then he has proven to be an extremely capable and expert lawyer. 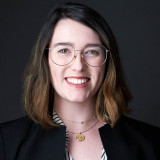 Claimed Lawyer Profile
Mr. Christopher Pogue Esq.
Cincinnati, OH Immigration Lawyer
(513) 549-4420 917 Main Street
Cincinnati, OH 45202
Free ConsultationImmigration
University of Cincinnati College of Law
Show Preview
View Website View Lawyer Profile
My practice includes a broad range of immigration case types from Extraordinary Ability applications for Legal Permanent Residence to counseling on the immigration consequences of criminal convictions. My goal is to provide confidential, experienced immigration advice at an affordable price. For this reason most of my cases are handled on a "flat fee" basis, instead of hourly. Meaning that my clients know upfront exactly what the cost of their case will be so there are no surprises. All of my clients are provided my personal email and my direct phone line to ensure they are provided the personal support they require. My...
Compare Save

Claimed Lawyer Profile
Gabriela Mendoza Thibeau Esq
WEST CHESTER, OH Immigration Lawyer with 21 years of experience
(513) 759-0377 PO Box 1395
WEST CHESTER, OH 45071
Immigration
Show Preview
View Lawyer Profile Email Lawyer
Gabriela's passion for immigration law began with her family, most of which immigrated to the U.S. in the 1970’s. At that time, her family found themselves where many people find themselves today, out of status & unfamiliar with the immigration laws. Gabriela was born in the U.S. & because she was fluent in Spanish & English she accompanied her family to the local immigration office to translate & help with filing applications. She has witnessed the fear & uncertainty associated with dealing with Immigration & experienced firsthand how it feels to deal with an agency that holds your future in...
Compare Save