Claimed Lawyer ProfileOffers Video ConferencingSocial Media
Vania T. Stefanova
Cleveland, OH Immigration Attorney with 26 years of experience
(800) 808-4013 815 Superior Avenue
Suite 1225
Cleveland, OH 44114
Offers Video ConferencingVideo ConfImmigration
University of Akron School of Law
Show Preview
View Website View Lawyer Profile Email Lawyer
Vania Stefanova is the head of the Immigration Litigation Division at Herman Legal Group, providing services in removal/deportation defense and appeals before the Board of Immigration Appeals. An immigrant from Bulgaria, Vania has over 20 years of experience in immigration law. Throughout her successful career, she has handled matters in all areas of immigration law. From family-based immigration such as relative and fiancé petitions – to business/employment and investment immigration (e.g. E, L, R visas, EB1/2 immigrant petitions) – to naturalization, Vania works tirelessly to give our clients the best advice and outcomes possible.
Compare Save

Claimed Lawyer ProfileSocial Media
Robert Brown
Cleveland, OH Immigration Lawyer with 31 years of experience
(216) 861-4414 1468 West 9th Street #800
Cleveland, OH 44113
Immigration
Cleveland State University Cleveland-Marshall College of Law
Show Preview
View Website View Lawyer Profile Email Lawyer
The immigration process can be long, drawn-out, and complicated. That is why you need the support of a tried and true attorney who can fight for you and the resolution that is in your best interests. Come to the law firm of Robert Brown and secure the help you need from an Ohio immigration lawyer. Attorney Robert L. Brown received his Juris Doctorate at Cleveland State University, Cleveland-Marshall College of Law. He has been admitted to the Ohio Bar and the Bar for the District of Columbia. Attorney Brown is a member of the American Immigration Lawyers Association, the Cleveland...
Compare Save

Claimed Lawyer ProfileSocial Media
Jonathan Aaron Bartell
Cleveland, OH Immigration Lawyer with 22 years of experience
(216) 771-1900 820 West Superior Ave
Suite 800
Cleveland, OH 44113
Immigration, Criminal, DUI and White Collar Crime
Case Western Reserve University
Show Preview
View Website View Lawyer Profile Email Lawyer
I believe that every person should have strong legal support as well as an attorney that genuinly cares about the outcome. I have handled cases all over the United States and put myself 110% to each and every case as if it were the only case I am handling.
Compare Save 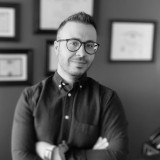