Claimed Lawyer ProfileSocial Media
Rhys Brendan Cartwright-Jones Esq.
Youngstown, OH Immigration Attorney with 19 years of experience
(330) 299-4077 42 N Phelps Street
Youngstown, OH 44503-1130
Free ConsultationImmigration, Appeals, Criminal and Traffic Tickets
Cleveland State University
Show Preview
View Website View Lawyer Profile Email Lawyer
At the law practice of Rhys Brendan Cartwright-Jones, Attorney & Counselor at Law, Rhys is the founder and principal attorney. As a former prosecutor for Mahoning County, he is intimately familiar with all aspects of criminal law. He knows how prosecutors think and how they will approach cases. He is also highly effective in immigration law as well as civil and criminal appeals. Rhys has a long track record of success for his clients and is committed to getting the best possible outcome in any situation. As a persuasive negotiator and aggressive litigator, he knows how to effectively approach each...
Compare Save

Claimed Lawyer ProfileOffers Video ConferencingSocial Media
Vania T. Stefanova
Cleveland, OH Immigration Attorney with 26 years of experience
(800) 808-4013 815 Superior Avenue
Suite 1225
Cleveland, OH 44114
Offers Video ConferencingVideo ConfImmigration
University of Akron School of Law
Show Preview
View Website View Lawyer Profile Email Lawyer
Vania Stefanova is the head of the Immigration Litigation Division at Herman Legal Group, providing services in removal/deportation defense and appeals before the Board of Immigration Appeals. An immigrant from Bulgaria, Vania has over 20 years of experience in immigration law. Throughout her successful career, she has handled matters in all areas of immigration law. From family-based immigration such as relative and fiancé petitions – to business/employment and investment immigration (e.g. E, L, R visas, EB1/2 immigrant petitions) – to naturalization, Vania works tirelessly to give our clients the best advice and outcomes possible.
Compare Save

Claimed Lawyer ProfileSocial Media
Kim Kelly Alabasi
Painesville, OH Immigration Lawyer with 20 years of experience
(440) 352-3391 60 South Park Place
Painesville, OH 44077
Free ConsultationImmigration
Cleveland State University Cleveland-Marshall College of Law
Show Preview
View Website View Lawyer Profile Email Lawyer
Kim Alabasi has practiced in the area of Immigration since 2004. Notably, Ms. Alabasi speaks Spanish fluently. She earned her undergraduate degree in Spanish/Sociology from Marquette University and later went on to work in Mexico, first as a teacher in Puebla, Mexico for two years, followed by a job with the non-profit group IMIFAP in Mexico City, Mexico. Ms. Alabasi worked for 7 years as bilingual clinical social worker with the Hispanic Unit of the Center for Families & Children in Cleveland prior to obtaining her law degree in 2003 and starting Alabasi & Associates in 2006. Ms. Alabasi...
Compare Save

(1 Peer Review)
(216) 402-6345 118 W Streetsboro
Suite 237
Hudson, OH 44236
Free ConsultationOffers Video ConferencingVideo ConfHudson, OH Immigration Lawyer with 25 years of experience
Immigration, Criminal, Personal Injury and Social Security Disability
University of Akron School of Law
Show Preview
View Website View Lawyer Profile Email Lawyer
When experience counts...Call me to help you navigate your way through your situation! I was born in Cleveland, Ohio. When I was young my passion has always been to bring fairness to our justice system. I have been chasing this objective ever since. I earned my Bachelors Degree from the College of Liberal Arts and Sciences at Clarion University in Political Science. While at Clarion University, I played football on a full athletic scholarship, was a 4 year starter and the team Captain. I earned a Masters Degree in Public Administration at the University of Akron. ...
Compare Save

Free ConsultationOffers Video ConferencingVideo ConfImmigration, Divorce, Family and Personal Injury
West Virginia University College of Law
Show Preview
View Website View Lawyer Profile Email Lawyer
Practice area for Attorney Raslan focuses on Complex Family Law matters and Immigration. As one of the founders of the Law Firm almost 20 years ago, Attorney Raslan has had extensive experience in these areas with a focus on the clients needs, emotions and family. Both of these areas require an attorney with a strong work ethic, experience and knowledge in the area but also compassion and true caring for their clients. Several languages are spoken in the Office including, Arabic, Spanish, Romanian and Hungarian.
Compare Save

Claimed Lawyer ProfileSocial Media
Robert Brown
Cleveland, OH Immigration Lawyer with 31 years of experience
(216) 861-4414 1468 West 9th Street #800
Cleveland, OH 44113
Immigration
Cleveland State University Cleveland-Marshall College of Law
Show Preview
View Website View Lawyer Profile Email Lawyer
The immigration process can be long, drawn-out, and complicated. That is why you need the support of a tried and true attorney who can fight for you and the resolution that is in your best interests. Come to the law firm of Robert Brown and secure the help you need from an Ohio immigration lawyer. Attorney Robert L. Brown received his Juris Doctorate at Cleveland State University, Cleveland-Marshall College of Law. He has been admitted to the Ohio Bar and the Bar for the District of Columbia. Attorney Brown is a member of the American Immigration Lawyers Association, the Cleveland...
Compare Save

Claimed Lawyer ProfileSocial Media
Jonathan Aaron Bartell
Cleveland, OH Immigration Lawyer with 22 years of experience
(216) 771-1900 820 West Superior Ave
Suite 800
Cleveland, OH 44113
Immigration, Criminal, DUI and White Collar Crime
Case Western Reserve University
Show Preview
View Website View Lawyer Profile Email Lawyer
I believe that every person should have strong legal support as well as an attorney that genuinly cares about the outcome. I have handled cases all over the United States and put myself 110% to each and every case as if it were the only case I am handling.
Compare Save 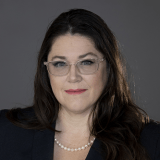