Claimed Lawyer ProfileSocial Media
Rosina C Stambaugh
York, PA Immigration Law Lawyer with 7 years of experience
(717) 900-1818 2951 Whiteford Road
Suite101
York, PA 17402
Immigration
Widener University Commonwealth Law School
Compare Save
Show Preview
View Website View Lawyer Profile Email Lawyer
Rosina C. Stambaugh, Esq.
Experienced York Immigration Attorney
Before she started The Law Office of Rosina C. Stambaugh, Rosina was an associate at The Law Office of Christopher A. Ferro, LLC where she handled the firm’s immigration services. She also was responsible for handling a variety of criminal cases, many of which included complex immigration issues. Rosina focuses her practice on removal defense in the detained and non-detained settings.
Proven Immigration Practice in York
She has extensive experience with all forms of relief from removal, and she has successfully litigated cases in different Immigration Courts throughout the U.S. and the Board of Immigration...

Claimed Lawyer ProfileSocial Media
Cyrus Shaw
Philadelphia, PA Immigration Law Lawyer with 10 years of experience
(215) 987-0200 1420 Locust St
#420a
Philadelphia, PA 19102
Free ConsultationImmigration, Divorce, Education and Social Security Disability
Temple University’s Beasley School of Law and Widener University
Compare Save
Show Preview
View Website View Lawyer Profile Email Lawyer
As the founder of Shaw Law, Cyrus Shaw believes there is only one thing that the firm should be focused on – getting the best possible results for clients. This starts from the initial client interview, where a rapport and trust needs to be established. It is common for new client intake to be limited to one a day, so as much time as needed can be spent with the new client. Each client is a person, not a file. Each client has their own story. A law firm where clients become like family is what he strives for. This... 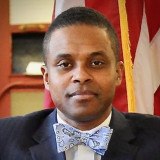 Claimed Lawyer ProfileQ&ASocial Media
Mark Medvesky
Pottstown , PA Immigration Law Attorney with 27 years of experience
(610) 323-7466 635 E. High Street
Pottstown , PA 19464
Immigration, Bankruptcy, Estate Planning and Real Estate
Temple University
Compare Save
Show Preview
View Website View Lawyer Profile Email Lawyer
My professional approach to people and problems was developed during my time in the Military. I enlisted in the US Air Force out of high school and later earned my commission before retiring in 2008. My goal is to build relationships with my clients whether my time with them last months or years.. I am about more than just performing a legal task and collecting payment. Whether I am providing full-service representation or limited scope services, I work to make the process as smooth as possible, establishing trust and respect with all parties involved. We are a general practice firm...

Free ConsultationImmigration, Criminal, DUI and Family
Widener University Delaware School of Law
Compare Save
Show Preview
View Website View Lawyer Profile Email Lawyer
It is my belief that an attorney should not only invest his time and energy into a person’s case, he should also give his heart and soul. He must take the time to try to understand what it is like to walk in the shoes of the accused or the injured. Only then can he truly be an advocate for the people.” -Vince Caputo


Immigration, Criminal, DUI and Traffic Tickets
Temple University Beasley School of Law
Compare Save
Show Preview
View Website View Lawyer Profile Email Lawyer
Fabian has over a decade of experience in complex individual immigration matters. After graduating from Haverford College with a degree in English in 1999, Fabian attended Temple University’s Beasley School of Law and graduated in 2002. He worked for a small criminal defense, immigration, and family law practice for four years; and has had his own practice since 2006. Fabian focuses his practice on family-based immigration petitions, including consular processing, adjustment of status, and asylum cases. Fabian’s extensive trial and criminal law experience allows him to combine his knowledge of criminal and immigration law in his handling of complicated...

Immigration
Brooklyn Law School
Compare Save
Show Preview
View Website View Lawyer Profile Email Lawyer
Ann Ruben has practiced exclusively in the field of immigration and nationality law for over 25 years, successfully representing hundreds of individuals, families, businesses, institutions and organizations in navigating virtually every aspect of US immigration law. Her broad knowledge and many years of practical, hands-on experience in this area enable her to craft creative, cost effective and individualized solutions to assist her clients in achieving their immigration goals. Ms. Ruben is a graduate of Bryn Mawr College and a magna cum laude graduate of Brooklyn Law School, where she was the editor of the Brooklyn Law Review. She has written...

Immigration and Employment
Temple University Beasley School of Law
Compare Save
Show Preview
View Website View Lawyer Profile Email Lawyer
Ms. Park practices all areas of immigration law, with particular focus on business immigration. She has handled all types of employment based, investor, family and immigration litigation matters. Ms. Park was the recipient of the 2007 Lawyers on the Fast Track and 2008 Rising Stars.

Immigration
Villanova University School of Law
Compare Save
Show Preview
View Website View Lawyer Profile Email Lawyer
Attorney Adam Solow has extensive experience with family-based immigration and naturalization cases, non-immigrant visas, deportation defense, and appellate work. Mr. Solow obtained his Bachelor of Arts degree, cum laude, from the University of Pennsylvania in 2001 and his J.D. from Villanova Law School in 2006. During his time at Villanova, he participated in the Clinic for Asylum Refugee and Emigrant Services Clinic (CARES).
He is admitted to both the Pennsylvania and New Jersey State bars, the Third Circuit Court of Appeals, the U.S. District Court for the Eastern District of Pennsylvania and the U.S. District Court for New Jersey. He is...