Souderton, PA 18964
Immigration, Bankruptcy, Estate Planning and Real Estate
Temple University
Compare Save
Show Preview
View Website View Lawyer Profile Email Lawyer
My professional approach to people and problems was developed during my time in the Military. I enlisted in the US Air Force out of high school and later earned my commission before retiring in 2008. My goal is to build relationships with my clients whether my time with them last months or years.. I am about more than just performing a legal task and collecting payment. Whether I am providing full-service representation or limited scope services, I work to make the process as smooth as possible, establishing trust and respect with all parties involved. We are a general practice firm...

Claimed Lawyer Profile
Min Hwan Ahn
Montgomery County, PA Immigration Law Attorney with 11 years experience
(215) 885-5600 261 Old York Road
Suite 524
Jenkintown, PA 19046
Free ConsultationImmigration
Temple University Beasley School of Law
Compare Save
Show Preview
View Website View Lawyer Profile Email Lawyer
Min Hwan Ahn, Immigration attorney. As our law firm has grown rapidly, we have solved countless legal problems not only within the American community but also Korean, Chinese, Vietnamese, and many other minority communities. America is a country of immigrants. The legal problem is the biggest problem which immigrants face after coming into this country. Our law firm past years has successfully solved over 5,000 immigration cases, and all kinds of legal problem such as civil litigation, criminal litigation, family law, and bankruptcy, which the immigrants cannot help but to deal with. The vision of our law firm is to...

Claimed Lawyer ProfileSocial Media
Johanna K. P. Dennis
Bucks County, PA Immigration Law Attorney with 14 years experience
(215) 791-7743 P.O. Box 1021
Newtown, PA 18940
Immigration
Temple University
Compare Save
Show Preview
View Website View Lawyer Profile Email Lawyer
Attorney Johanna K.P. Dennis, of JD Law Associates, LLC, has a special passion for immigration law and immigration is a fundamental part of who she is. As a twice-immigrant, she immigrated with her parents from Jamaica to Canada as a child, and later immigrated to the United States with her family when she was a college-bound teenager. Growing up in Canada, she is fluent in French and English. Attorney Dennis personally knows the ins and outs of the U.S. immigration system. She has "been there, done that", having gone through the green card process with her family... 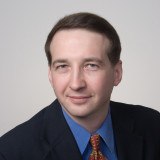 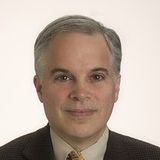