Claimed Lawyer ProfileSocial Media
Fernando O. Zambrana Aviles
San Juan, PR Immigration Attorney with 15 years of experience
(787) 919-0026 1225 Ponce de Leon Ave.
Suite 803
San Juan, PR 00907
Immigration, Civil Rights, Collections and Criminal
University of Puerto Rico - Río Piedras
Show Preview
View Website View Lawyer Profile Email Lawyer
Mr. Zambrana-Aviles completed his undergraduate studies in Science, History and Policy, and International Relations in Carnegie Mellon University, in the City of Pittsburgh, Pennsylvania. During his years as an undergraduate student, he participated in a language exchange program in the Nevsky Institute of Language and Culture, in the City of St. Petersburg, Russian Federation, where he obtained a certificate of proficiency in the Russian language. He also performed research on the reforms of the post-Soviet Russian Armed Forces with the assistance of Russian military scholars in Pittsburgh and Moscow. Afterwards, he completed his Juris Doctor at the University...
Compare Save

Immigration, Criminal, Domestic Violence and Employment
University of Puerto Rico - Río Piedras
Show Preview
View Lawyer Profile Email Lawyer
Carlos J. Sagardía-Abreu is a young and seasoned litigator with substantial experience in criminal and civil litigation. In his professional practice, he collaborates closely with his father, Antonio M. Sagardía-De Jesús, ex Attorney General for the Commonwealth of Puerto Rico and highly regarded criminal defense attorney. Mr. Sagardía-Abreu graduated at the top of his law school class and, prior to embarking on private practice, he served as an Associate in various full service law firms in San Juan, Puerto Rico. Mr. Sagardía's practice encompasses the representation of individuals and corporations in, among other areas of practice, state and...
Compare Save 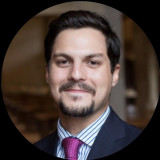 Immigration, Bankruptcy, Business and Personal Injury
Show Preview
View Lawyer Profile Email Lawyer
I am a licensed attorney at the Commonwealth of Puerto Rico, at both state and federal forum. My studies and legal services are primarily focused on Torts, Commercial Litigation, Corporate & Transactional Law, Bankruptcy and, Immigration Law. Throughout my legal career, I have gained significant experience in civil litigation, specifically in commercial law, torts law, immigration and corporate matters. I possess great research and analytical skills, thus allowing me to provide a top-notch legal representation tailored to our clients' financial needs. Should you require additional information, feel free to contact us through your method of choosing.
Compare Save