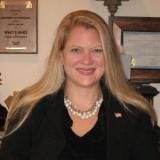 (1 Peer Review)
(401) 849-9950 38 Bellevue Ave
Newport, RI 02840
Free ConsultationOffers Video ChatNewport, RI Immigration Law Attorney with 22 years experience
Immigration, Divorce, Domestic Violence and Family
Roger Williams University School of Law
Compare Save
Show Preview
View Website View Lawyer Profile Email Lawyer
When family problems evolve into legal issues, it is important to seek experienced legal guidance from a lawyer who knows the law and cares about you and your children. If you are facing a divorce or family law issue, please contact Attorney Amey F. Cardullo and the Family Law Center, LLC. Our lawyers understand the legal needs of individuals and families. We can guide you through the challenges you face with strength, knowledge, compassion and respect.

Claimed Lawyer ProfileOffers Video ChatSocial Media
Eric P. DiMarzio
Cranston, RI Immigration Law Lawyer with 9 years experience
(508) 971-1251 1062 Reservoir Ave.
Cranston, RI 02910
Free ConsultationOffers Video ChatImmigration, Criminal, Divorce and Domestic Violence
Roger Williams University School of Law
Compare Save
Show Preview
View Website View Lawyer Profile Email Lawyer
The bread and butter of my practice has always been Criminal Defense and family law. In my 9 years practicing law I have handled everything from dui and domestic violence cases all the way to felony gun charges, and sex offense cases. In addition to criminal matters, I also help those facing divorce and child custody matters as well as dealing with immigration issues such as removal proceedings and change of status. In today's litigious society, we as attorneys often lose sight of the fact that when someone comes to an attorney, they are doing so because... 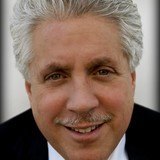 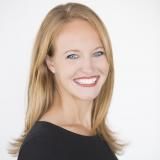 Claimed Lawyer ProfileSocial Media
Elisha L. Morris Esquire
Providence, RI Immigration Law Attorney
(401) 421-1440 One Turks Head Place
Suite 1440
Providence, RI 02903
Immigration, Arbitration & Mediation, Divorce and Family
Roger Williams University
Compare Save
Show Preview
View Website View Lawyer Profile Email Lawyer
Elisha L. Morris is an experienced attorney focusing on family law, immigration law and personal injury. Ms. Morris has successfully handled cases involving divorce, custody, child support, and visitation. She is aware that each case requires special attention and is ready to pursue either the amicable settlement or the aggressive court battle. Furthermore, Ms. Morris understands that family law issues are personal and emotional. She has the compassion and understanding to work hard to minimize the financial and emotional impact which such cases have upon her clients. She is a member of the Rhode Island Family Court Bench Bar as...