Claimed Lawyer ProfileBlawg SearchSocial Media
Ari J Sauer
Memphis, TN Immigration Attorney with 20 years of experience
(901) 507-4270 1028 Oakhaven
Memphis, TN 38119
Immigration
Benjamin N. Cardozo School of Law
Show Preview
View Website View Lawyer Profile Email Lawyer
Ari Sauer is an immigration lawyer in the Memphis office of the Siskind Susser Law Firm. Ari represents corporate clients in all areas of U.S. business immigration law as well as assisting U.S. citizens and Permanent Residents with sponsoring their family members for immigrant and nonimmigrant visas and citizenship. Ari is a past Chapter Chair of the American Immigration Lawyers Association (AILA) Mid South Chapter, which includes the states of Tennessee, Mississippi, Arkansas, Kentucky, and Louisiana. He has served as a member of AILA's national Board of Governors since 2011.
Compare Save 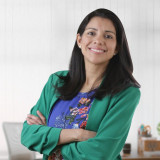 Immigration
University of Memphis
Show Preview
View Website View Lawyer Profile Email Lawyer
I am an attorney licensed to practice in Tennessee, in all Immigration Courts in the United States, and in the Western District of Tennessee Federal Court. I primarily practice immigration law but also practice business and probate law as well. I have extensive experience working with deportation defense, immigrant juveniles, naturalization, family immigration, business immigration, probate guardianships and conservatorships, wills, business formation and LLC management.
Compare Save