Claimed Lawyer ProfileLII GoldSocial Media
John Benjamin Moore
El Paso, TX Immigration Law Attorney with 8 years of experience
(915) 351-1000 1714 North Mesa St.
El Paso, TX 79902
Free ConsultationImmigration
University of Pennsylvania Law School
Compare Save
Show Preview
View Website View Lawyer Profile Email Lawyer
John B. Moore received his Bachelor of Science from the University of Utah in Speech Communication, with an emphasis in Argumentation. He received his Juris Doctor from the University of Pennsylvania. Upon graduation, Mr. Moore was selected for the Attorney General’s Honors Program at the Department of Justice’s Executive Office for Immigration Review where he advised, and wrote decisions for, eleven immigration judges throughout Texas. Mr. Moore has worked for a variety of federal agencies integral to immigration law, including drafting decisions at the Board of Alien Labor Certification Appeals. Mr. Moore has also argued before the Inter-American... 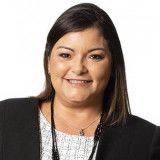