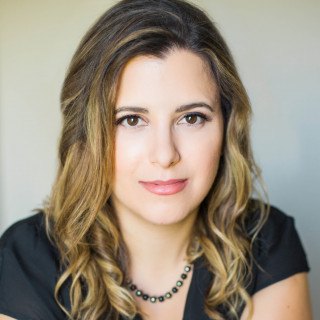 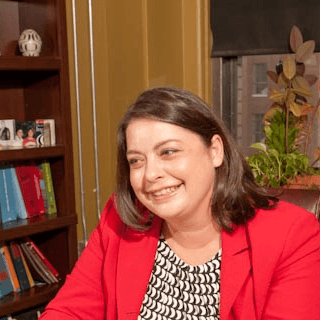 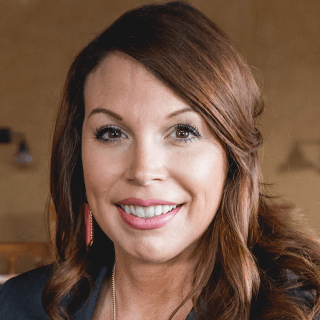 While in law school, Mrs. Surell worked for the head of the Immigration Clinic at the Center for legal and Social Justice where she did research for a case of first impression. She was an Octo-Finalist in the Linda &... Read More »
View Profile
Contact Now
View Website View Profile Call Email Lawyer Email Lawyer 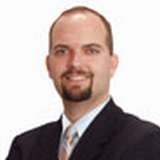 Claimed Lawyer ProfileSocial Media
Jeremiah David Williams
Austin, TX Immigration Law Lawyer with 19 years experience
(512) 479-5999 2235 East 6th Street, Suite 103
Austin, TX 78750
Free ConsultationImmigration, Criminal, Family and Personal Injury
Show Preview
View Website View Lawyer Profile Email Lawyer
Sablatura & Williams PLLC is a legal office committed to helping residents of Austin find solutions to their various legal matters. With an office in Round Rock and an office in Austin, the attorneys strive to make their services as easily accessible to their clients as possible. The team focuses their practice on the areas of criminal defense, family law, immigration law, and personal injury law, and they understand that dealing with matters in these fields can be some of the most complicated legal issues to have to work through. The attorneys pride themselves on focusing on the needs of... 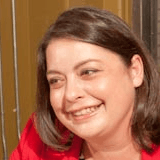 Claimed Lawyer ProfileLII GoldSocial Media
Julie Sparks
Austin, TX Immigration Law Lawyer with 15 years experience
401 W Congress Ave.
Suite 1540
Austin, TX 78701
Free ConsultationImmigration
University of Houston - Main Campus
Show Preview
View Website View Lawyer Profile Email Lawyer
Julie Sparks is a licensed attorney with many years of experience practicing in the field of immigration law. She has more than fifteen years of experience working as a volunteer and pro bono attorney for non-profits that engage in direct representation of low-income immigrants. Attorney Sparks is also the founder and Executive Director of the Vail Center for Immigrant Rights. During the fall and spring semesters, she serves as a Clinical Law Professor at the Pepperdine University School of Law. In addition, she is an occasional instructor at California State University – Los Angeles. She has represented immigrants... 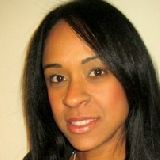 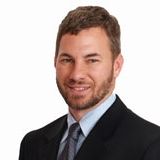 Claimed Lawyer Profile
Tony Ray Bertolino
Austin, TX Immigration Law Attorney with 17 years experience
(512) 476-5757 823 Congress Avenue, Suite 704
Austin, TX 78701
Immigration, Appeals, Employment and Family
South Texas College Of Law
Show Preview
View Website View Lawyer Profile
Tony R. Bertolino is the Managing Partner with Bertolino LLP who is available to handle a diverse set of legal needs for his clients. His featured areas of representation include; trial and appellate litigation in both state and federal courts, debtor and creditor issues, business formation and contracts, and disputes regarding construction law. He also has experience working with clients on matters concerning entertainment and sports law, for which is he licensed as a Talent Agent and a Sports Agent in the state of Texas, as well as real estate, internet litigation, bankruptcy, legislative and governmental affairs, family... 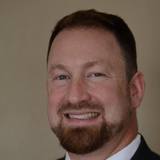 Claimed Lawyer Profile
Mark K Kinzler
Austin, TX Immigration Law Lawyer with 14 years experience
807 Brazos St., Suite 720
Austin, TX 78701
Immigration
Lewis & Clark Law School
Show Preview
View Website View Lawyer Profile Email Lawyer
Since 2005, attorney Mark Kinzler has successfully assisted hundreds of immigrants and their families in securing the American dream. Mr. Kinzler has represented and advised clients in a wide variety of immigration-related matters, both as private practice attorney and as the director of a major Austin-area non-profit immigration services program. He has been a tireless advocate for his clients. Mr. Kinzler has also been a staunch advocate for the rights of immigrants at both the local and national level by participating in and organizing lobbying efforts to put a stop to the harsh and inhumane effects of many current U.S.... 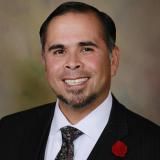 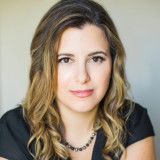 Austin, TX 78745
Austin, TX Immigration Law Lawyer
Immigration, Appeals, Divorce and Family
Michigan State University College of Law
Show Preview
View Website View Lawyer Profile Email Lawyer
Daniella Lyttle earned a J.D. with honors from The Michigan State University College of Law. She also has a B.A. with honors in Psychology and Gerontology from The University of South Florida. Ms. Lyttle is a member of The College of the State Bar of Texas, an honorary society of lawyers who are among the best trained attorneys in Texas. Members are qualified attorneys who are interested in both high ethical standards and improved training for all Texas attorneys. In 2014, Ms. Lyttle was selected by the National Advocates as a Top 100 Lawyer for the state of Texas. The...

Claimed Lawyer ProfileSocial Media
Elissa I. Henry
Round Rock, TX Immigration Law Lawyer with 3 years experience
(512) 766-4529 1 Chisholm Trail Road
Suite 450
Round Rock, TX 78681
Free ConsultationImmigration, Business, Estate Planning and Personal Injury
Baylor Law School
Show Preview
View Website View Lawyer Profile Email Lawyer
Elissa I. Henry serves as legal counsel for Central Texas businesses starting up and those seeking to reorganize or expand. Elissa is closely familiar with many of the challenges business owners face and how to resolve them effectively and affordably. Elissa is bilingual (English/Spanish). She assists individuals with a wide away of immigration matters such as family based visa applications and naturalization. Elissa also has experience in several other legal areas including assisting clients in maximizing financial recovery from auto accidents.

Elissa was admitted to the Texas Bar in 2016, but has served in various legal capacities since 2009.... 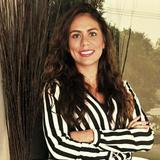 
Austin, TX 78704
Immigration
South Texas College of Law
Show Preview
View Website View Lawyer Profile Email Lawyer
I was born and raised in Austin, Texas where my parents set roots from Mexico. I attended the Liberal Arts Academy at the former Johnston High School in East Austin and went on to double major in journalism and government at UT Austin. During my studies at UT, I had the privilege of interning at NBC Mexico/ Telemundo in Mexico City. I also studied abroad in Paris for a semester, where I honed my French language skills. After my undergraduate studies, I worked for a national non-profit organization and later enrolled in law school. Part of my studies took me... 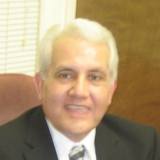 Claimed Lawyer ProfileSocial Media
Bill Elliott Rivera
Austin, TX Immigration Law Attorney with 13 years experience
11782 Jollyville Rd
Austin, TX 78759
Immigration
Fordham University School of Law
Show Preview
View Website View Lawyer Profile Email Lawyer
Bill E. Rivera is a determined and committed attorney that believes a lawyer can provide a public service while operating a successful private legal practice. Immigration law is his chosen practice area and is, at the same time, the result of his decision to pursue a new challenge. He opted for a major career change when he was accepted to the Fordham University School of Law and studied at night while working as a Sergeant in the New York City Police Department during the day. After graduation from law school in 2002, he studied for both the New York and...

The firm is a debt relief agency that helps clients file for bankruptcy to obtain relief under chapter 7 & chapter 13 of the bankruptcy code. 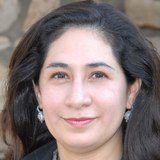 
Austin, TX 78758
Immigration and Family
ST. MARY'S University School of Law
Show Preview
View Website View Lawyer Profile Email Lawyer
Graduated from The University of Texas at Austin in 1997 with a Bachelor in Social Work and soon thereafter, worked with the immigrant community as a social worker at a local middle school. In my work, I saw first-hand, the difficulties the undocumented confronted and decided to pursue law school to assist the immigrant community and have a greater impact on their everyday lives. Immediately upon enrollment in St. Mary's School of Law in 2000, I began assisting immigrants obtain legal status as a student attorney through the St. Mary's Immigration Clinic. I obtained my Juris Doctor... 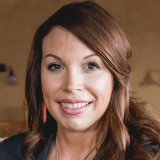 Round Rock, TX 78664
Immigration
St. Mary's University School of Law
Show Preview
View Website View Lawyer Profile Email Lawyer
While in law school, Mrs. Surell worked for the head of the Immigration Clinic at the Center for legal and Social Justice where she did research for a case of first impression. She was an Octo-Finalist in the Linda & Dave Schlueter Moot Court Competition, was a member of the Phi Delta Phi Honor Society and was on the Dean’s List. During law school she became a certified family law mediator as Pursuant to the Texas Rules. Following graduation, Mrs. Surell became licensed by the Supreme Court of Texas and has now joined the Jackson Law Firm as an associate. 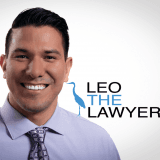 Austin, TX 78759
Austin, TX Immigration Law Lawyer with 3 years experience
Immigration
Texas Tech University School of Law
Show Preview
View Website View Lawyer Profile Email Lawyer
My name is Leonardo De La Garza, but please call me Leo. I founded De La Garza Law, PLLC, to help protect and unite families who feel less and less secure in this anti-immigrant political world. I understand that the immigration process can be the most challenging and emotionally draining process a person will ever undergo. It is worth having the help of an experienced immigration attorney to get it right the first time. 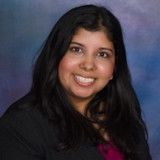 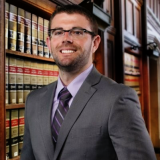 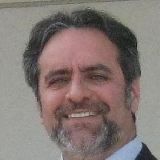 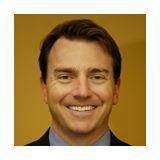