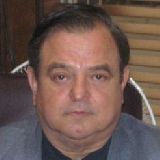 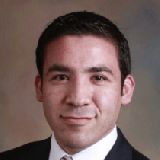 Claimed Lawyer ProfileSocial Media
Rafael De La Garza
Edinburg, TX Immigration Law Lawyer
(956) 825-2030 4943 South Jackson Road
Edinburg, TX 78539
Immigration, Business, Criminal and Personal Injury
University of Houston - Main Campus
Show Preview
View Website View Lawyer Profile
If you are searching for an attorney in Hidalgo County that can assist you with a complicated legal matter, look no further than De La Garza & Ramirez Attorneys at Law. The attorneys are devoted to helping clients come up with creative and effective solutions to their various legal matters—regardless of if the matter pertains to the field of criminal law, business law, immigration or personal injury. With a proven track record of success in state, federal, and appellate courts, the team has the knowledge and resources to take on even the most complex cases. The firm provides free consultations,...