Claimed Lawyer ProfileQ&ASocial Media
Hector E. Quiroga
Kennewick, WA Immigration Law Lawyer with 10 years of experience
(509) 570-1451 7101 W. Hood Place
Suite B-201
Kennewick, WA 99336
Immigration
Gonzaga University School of Law
Compare Save
Show Preview
View Website View Lawyer Profile Email Lawyer
Hector E. Quiroga is an immigration attorney and a professor of law at Gonzaga University Law School. Hector immigrated to the United States in January, 2000. He spoke no English but had a strong desire to become an immigration lawyer. Hector worked in many jobs to support his career (from unloading trucks, to washing dishes, to installing antennas). He learned and mastered English and settled in Spokane, Washington. He graduated with honors and attended Gonzaga School of Law, where he graduated top of his class. He was part of the University Moot Court Room, where he earned distinguished awards.

Immigration
Santa Clara University School of Law
Compare Save
Show Preview
View Website View Lawyer Profile Email Lawyer
I'm an immigration attorney with a focus on family based immigration. I love seeing the change in my clients - from stressed and worried about being separated from their family members, to confident, successful U.S. residents and citizens.

Free ConsultationImmigration and Criminal
The University of Utah S.J. Quinney College of Law
Compare Save
Show Preview
View Website View Lawyer Profile Email Lawyer
If you were having heart problems, you wouldn’t hire an eye surgeon. So don’t turn to a tax lawyer when you have an immigration problem. Choose a lawyer dedicated to immigration law. I am attorney Scott D. Mills, and I have developed my expertise in immigration law by practicing exclusively in immigration law for years. The United States was founded by people seeking freedom and the chance to work and build a life for their families. I fight for my clients so they can have those same opportunities. I am a Washington licensed attorney authorized to provide United States...

Claimed Lawyer ProfileSocial Media
Michele Nina Carney
Kennewick, WA Immigration Law Lawyer with 29 years of experience
(509) 545-1055 7502 W. Deschutes Place
Kennewick, WA 99336
Immigration
Southern Methodist University
Compare Save
Show Preview
View Website View Lawyer Profile Email Lawyer
Michele Carney is a partner at Carney & Marchi, PS in Seattle, Washington. Michele has represented a wide range of immigration cases – from business clients to removal defense. She has served on the AILA National Ethics Committee, WSBA Disciplinary Board (Chair 2016-2017), Washington Supreme Court Practice of Law Board and is the past Chapter Chair for AILA, Washington state. She has also been active within AILAWA for many years, serving on different committees and the Executive Board. Michele has also been a speaker at local, regional and national conferences in immigration law. Michele obtained her JD from SMU Dedman...

Claimed Lawyer ProfileSocial Media
Aliya Alisheva
KENNEWICK, WA Immigration Law Attorney with 9 years of experience
(509) 396-7147 5724 W CLEARWATER AVE
KENNEWICK, WA 99336
Immigration
University of California, Davis, School of Law and Eurasian National University
Compare Save
Show Preview
View Website View Lawyer Profile
Aliya knew from an early age what she wanted to do with her life. Born in the former Soviet Union in what is now Kazakhstan, a large landlocked nation in Central Asia that gained its independence in 1991, Aliya's passion for law and justice led her to the legal profession. She attended Eurasian National University in Astana, the national capital and business epicenter of Kazakhstan, where she received a Law Degree in International Law. Upon graduation, Aliya traveled extensively and after concluding a trip to the United States, where she also acquired fluency in the English language, Aliya decided to... 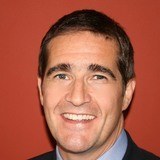 Claimed Lawyer ProfileSocial Media
Paul Choquette
Seattle, WA Immigration Law Lawyer with 27 years of experience
(206) 269-1200 121 Lakeside Avenue
Suite 100B
Seattle, WA 98122
Free ConsultationImmigration
University of the Pacific
Compare Save
Show Preview
View Website View Lawyer Profile Email Lawyer
Since 1992, the Choquette Law Group (CLG) has assisted thousands of individuals and companies successfully navigate a complex and rather daunting immigration system. The firm’s founder, Paul Choquette, is intimately familiar with the immigration process from both the client and attorney perspective. Mr. Choquette was born and raised in Montreal, Canada and attended college and law school in the United States pursuant to a student visa. As a young immigration attorney he married an American citizen processing his own applications for conditional and permanent residence. Subsequently, he became a naturalized United States citizen. Never forgetting his experience... 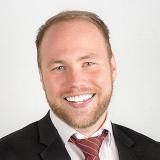 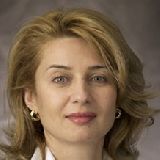 Claimed Lawyer ProfileSocial Media
Elena Yushkina
Bellevue, WA Immigration Law Lawyer with 29 years of experience
(206) 619-0365 500 106th Ave NE
Bellevue, WA 98004
Immigration and Tax
University of Washington School of Law and Far Eastern State University School of Law
Compare Save
Show Preview
View Website View Lawyer Profile Email Lawyer
As a US immigration attorney and a member of the WA chapter of the American Immigration Lawyers Association, Elena V. Yushkina loves helping clients navigate the nuances of making the US their home with compassion and professionalism. She knows from personal experience how challenging and overwhelming the immigration process can be, having successfully petitioned her own family's case under the H1B visa category and subsequently becoming a US citizen. As part of her immigration attorney practice, which focuses on business and family immigration, she represents and assists clients with nonimmigrant (B, H, L , O, P and E) visas and...
Next
Immigration Lawyers in Nearby CitiesImmigration Lawyers in Nearby Counties
FAQ Lawyers Get Listed