Olympia, WA 98501
Immigration
William Mitchell College of Law
Compare Save
Show Preview
View Website View Lawyer Profile Email Lawyer
In more than 24 years of practice, Lisa Seifert has built Seifert Law Offices into a firm nationally and internationally renowned for its skill and knowledge in immigration and nationality law. Ms. Seifert is admitted to the Washington State Bar Association, the U.S. District Court, and the U.S. Ninth Circuit Court of Appeals. Ms. Seifert is an active member of the American Immigration Lawyers Association (AILA) both regionally and nationally. She was awarded the AILA Joseph Minsky Award for outstanding contributions in the field of Immigration and Nationality Law. She is a regularly featured writer and speaker at AILA... 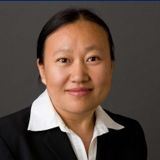 Tacoma, WA 98408
Free ConsultationImmigration and Criminal
The University of Utah S.J. Quinney College of Law
Compare Save
Show Preview
View Website View Lawyer Profile Email Lawyer
If you were having heart problems, you wouldn’t hire an eye surgeon. So don’t turn to a tax lawyer when you have an immigration problem. Choose a lawyer dedicated to immigration law. I am attorney Scott D. Mills, and I have developed my expertise in immigration law by practicing exclusively in immigration law for years. The United States was founded by people seeking freedom and the chance to work and build a life for their families. I fight for my clients so they can have those same opportunities. I am a Washington licensed attorney authorized to provide United States... 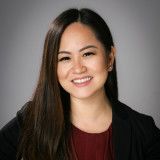 Claimed Lawyer ProfileSocial Media
Theresa Thi Nguyen
Renton, WA Immigration Law Attorney with 5 years of experience
(425) 998-7295 1500 Benson Rd. South #203
Renton, WA 98055
Immigration, Family, Probate and Tax
University of Washington School of Law and Nova Southeastern University
Compare Save
Show Preview
View Website View Lawyer Profile Email Lawyer
Theresa is an expert in legal matters pertaining to Tax, Business, Estate Planning, Immigration and Probate. With a Masters in Taxation from UW, her knowledge and expertise in these matters surpass the majority of her peers. She uses her abilities to give back and add value to Seattle-Tacoma, which has nurtured her into the attorney she is today. 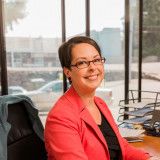 Claimed Lawyer ProfileSocial Media
Kati Ortiz
Burien, WA Immigration Law Attorney with 10 years of experience
(206) 602-2598 630 SW 149th St
Ste 102
Burien, WA 98166
Immigration
Seattle University School of Law
Compare Save
Show Preview
View Website View Lawyer Profile Email Lawyer
I am a solo attorney practicing exclusively in immigration law, specifically removal defense and family-based affirmative cases. I am a member of the American Immigration Lawyers Association and am admitted to the State Bar of Washington and the Ninth Circuit Court of Appeals. I speaks both English and Spanish. On a personal note, I’m becoming an urban farmer, I love to read, and I make my own laundry detergent.

Tacoma, WA 98402
Immigration
Seattle University School of Law
Compare Save
Show Preview
View Website View Lawyer Profile Email Lawyer
Immigration attorney with a focus on family-based immigration law. I'm passionate about helping people of different backgrounds acquire legal status and pursue the American dream. As an immigrant myself, I understand how complex and intimidating the U.S. immigration system can be. I enjoy helping people resolve their immigration issues so they can focus on building their future. I live in Tacoma, Washington with my wife and two daughters. In my free time, I enjoy playing soccer, spending time with my family, and working on house remodeling projects. 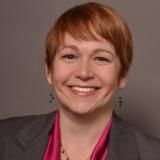 
Seattle, WA 98118
Immigration
University of Baltimore School of Law
Compare Save
Show Preview
View Website View Lawyer Profile Email Lawyer
I left the corporate and big firm world to pursue my passion: immigration law. As a passionate, lifelong advocate of human rights and social justice, I found my calling as an immigration attorney. I view the practice of law as a collaborative effort between client and attorney, and strive to build professional relationships based on mutual trust and respect.

Claimed Lawyer Profile
Matt Iwama
Kent, WA Immigration Law Attorney with 15 years of experience
(253) 520-7671 333 5th Ave S
Kent, WA 98032
Free ConsultationImmigration, Bankruptcy and Real Estate
Concord Law School
Compare Save
Show Preview
View Website View Lawyer Profile Email Lawyer
As a small business owner, I have worked with many professionals, including lawyers. Through my experience with lawyers, I became intrigued by the highly litigious role of the attorney in our society. Like doctors who use preventive medicine to help their patients avoid sickness and disease, lawyers can help their clients avoid unnecessary hardships. Lawyers help direct their clients to prevent personal and property damage or mitigate larger losses by directing them towards the proper course of action. Like preventive medicine, preventive law is more cost-effective than going through litigation. Most of what we really need to know in life cannot... 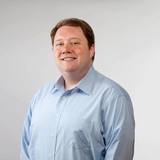 Claimed Lawyer ProfileSocial Media
Ms. Melissa Campos-Castaneda
Federal Way, WA Immigration Law Lawyer with 13 years of experience
(206) 429-3273 1711 S 312th St
Suite 2
Federal Way, WA 98003
Immigration
Seattle University School of Law
Compare Save
Show Preview
View Website View Lawyer Profile Email Lawyer
Formerly a staff attorney with the Northwest Immigrant Rights Project, I received my Bachelor of Arts degree from the University of Washington in 2002 with a concentration in Comparative Politics. I received my Juris Doctorate from Seattle University School of Law in 2006. During law school, I served as the president of the Hispanic Organization for Legal Advancement and was a staff member on the Seattle Journal for Social Justice. During this time, I also co-authored an article with national minority voting rights expert Professor Joaquin Avila on noncitizen voting rights issues. I also wrote a policy brief... 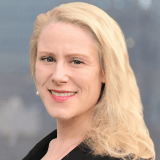