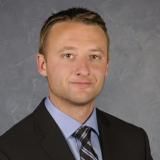 Insurance Claims, Personal Injury and Workers' Comp
Compare Save
Show Preview
View Website View Lawyer Profile Email Lawyer
Matthew J. Murphy is an Associate Attorney at Murphy Law Firm. Matt grew up in Great Falls and graduated from Charles M. Russell High School in 2004. He completed his undergraduate degree in political science at the University of Montana in 2009. During his undergraduate years, Matt studied international law in Rome, Italy. After his undergraduate studies, Matt taught English in Costa Rica before entering the University of Montana School of Law in 2010. Matt earned his Juris Doctor in May of 2012. Matt brings a lot of energy to everything he does, and he...

Insurance Claims, Consumer, Landlord Tenant and Personal Injury
Compare Save
Show Preview
View Lawyer Profile Email Lawyer
Paul was stationed at Malmstrom AFB, Great Falls, in 1999 and has made Montana his home. After obtaining a B.S. in Criminal Justice from Park University and serving 2 enlistments in the U.S. Air Force, Paul attended the University of Montana School of Law, where he earned his Juris Doctorate in 2011. He then worked as a Law Clerk for the Honorable Sam E. Haddon, U.S. District Court, District of Montana, from 2011-2012. In addition to working at the firm, Paul serves in the Montana Air National Guard. Paul is admitted to practice in Montana state and federal court. In... 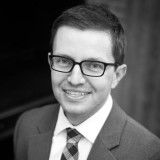 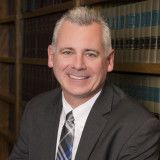 
Free ConsultationInsurance Claims, Employment, Medical Malpractice and Personal Injury
University of Montana School of Law
Compare Save
Show Preview
View Website View Lawyer Profile Email Lawyer
Craig C. Hensel has been practicing law in Billings, Montana since 1996. Craig is licensed in all state courts in Montana, all state courts in North Dakota, and Federal Court for the District of Montana. Craig spent over a decade as a prosecutor where he gained extensive courtroom and jury trial experience, trying hundreds of cases to verdict. Craig also has extensive civil experience and represented defendants and insurance companies in personal injury actions for several years, before deciding to switch sides and represent injured individuals.


Free ConsultationInsurance Claims, Civil Rights, Employment and Personal Injury
University of Montana School of Law
Compare Save
Show Preview
View Website View Lawyer Profile Email Lawyer
Scott was born and raised in eastern Montana. He graduated with honors from the University of Montana Law School in 2011, where he served as the Articles Editor for the Montana Law Review. Scott also interned for a federal magistrate judge, the Honorable Jeremiah Lynch in Missoula. He competed on UM Law’s National Moot Court Team, and his team won both first place brief and first place overall for the Northwest Region. After law school, Scott served as a law clerk for the Honorable Brian Morris, a Justice at the Montana Supreme Court. Since joining private practice, Scott has... 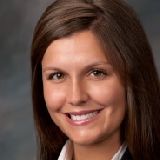 Claimed Lawyer Profile
Veronica A. Procter
Billings, MT Insurance Claims Lawyer with 9 years of experience
2718 Montana Avenue
Suite 230
Billings, MT 59101
Free ConsultationInsurance Claims, Civil Rights, Employment and Personal Injury
University of Montana School of Law
Compare Save
Show Preview
View Website View Lawyer Profile Email Lawyer
Born and raised in Billings, Montana, Veronica A. Procter offers clients a personalized approach to identify and resolve a wide range of legal issues in a timely and cost effective manner. She will explain your legal rights, available remedies and guide you to the best choice to maximize your recovery or minimize your liability. justice, state and federal courts. She is admitted to practice in all Montana state courts, the U.S. District Court for the District of Montana and the U.S. Court of Appeals for the Ninth Circuit. 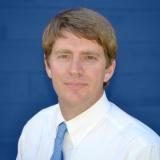 Claimed Lawyer ProfileSocial Media
Colin Gerstner
Billings, MT Insurance Claims Attorney with 8 years of experience
(406) 969-3100 2702 Montana Ave Ste 201B
Billings, MT 59101
Insurance Claims, Consumer and Personal Injury
University of Montana School of Law
Compare Save
Show Preview
View Website View Lawyer Profile Email Lawyer
When Colin Gerstner went to college, he was studying history with no idea of what he really wanted to do with his life. Luckily, one of his professors gave him great advice to go to law school, hoping that he might find his passion. This was exactly the right fit for Colin, as law school gave him a new purpose, and showed him just how much he wanted to help people and be a part of social change.

Claimed Lawyer Profile
Daniel B Bidegaray
Bozeman, MT Insurance Claims Lawyer with 28 years of experience
(406) 522-7744 104 East Main
Suite 305
Bozeman, MT 59715
Free ConsultationInsurance Claims, Personal Injury and Products Liability
Compare Save
Show Preview
View Website View Lawyer Profile Email Lawyer
Bidegaray Law Firm, LLC is one of Montana's highest rated law firms. They help people that have insurance claims against insurance companies. They also help people who have suffered a serious injury or wrongful death. Insurance companies have experienced personnel who often do not prioritize your interests. If an insurance company is not treating you fairly, Bidegaray Law Firm can help. They have obtained numerous substantial verdicts and settlements for clients and have the knowledge and expertise to get the results you deserve. 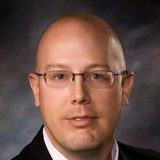 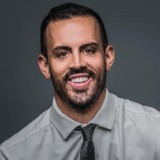