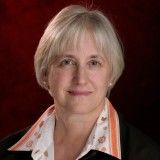 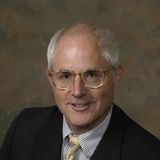 Free ConsultationInsurance Claims, Animal, Asbestos and Personal Injury
University of Illinois College of Law
Compare Save
Show Preview
View Website View Lawyer Profile Email Lawyer
Warren West is an accomplished trial attorney who has practiced law for over 38 years in the Central Oregon area. For over 25 years, Warren has dedicated his legal career to representing individuals and their families in personal injury and wrongful death cases against insurance companies and resulting from motor vehicle accidents, pedestrian and bicyclist accidents, defective products, medical malpractice claims, slip and falls, and other accidents caused by negligence. He has represented thousands of people over the years who have suffered from physical injury, physical pain, mental suffering, diminished quality of life, expensive medical bills, wage loss, and diminished...

Claimed Lawyer Profile
Jane C Hanawalt
Florence, OR Insurance Claims Attorney with 32 years of experience
(541) 997-2635 327 Laurel Street
P.O. Box 1153
Florence, OR 97439
Free ConsultationInsurance Claims, Arbitration & Mediation, Business and Insurance Defense
The George Washington University Law School
Compare Save
Show Preview
View Website View Lawyer Profile Email Lawyer
Jane Hanawalt has been engaged in the practice of law since her graduation in 1988 with a degree of Juris Doctor from the George Washington University School of Law in Washington D.C. Following her admission to the State of Virginia Bar she worked for eight years in the Office of the General Council, United States Department of Agriculture before moving to California and joining the Law Firm of Jon York & Associates in 1996. Between 2001 and 2004 Jane, together with her husband, enjoyed a lengthy sabbatical, sailing the Pacific Coast of Mexico and the Sea of Cortez, on a...