Free ConsultationInsurance Claims, Personal Injury and Products Liability
University of Oregon
Compare Save
Show Preview
View Website View Lawyer Profile Email Lawyer
Ryan is a native of Salem, Oregon, and a graduate of Sprague High School. After high school, Ryan went on a two-year church mission to Venezuela, where he became fluent in Spanish. He later enrolled at Brigham Young University, and after running his own business for four years, decided he wanted to help others by becoming a lawyer. This led him to enroll in the University Of Connecticut School Of Law. After a year, Ryan returned to his roots and transferred to the University of Oregon to finish his degree. He earned numerous academic awards and achievements as both an... 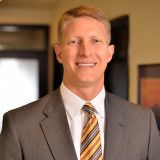 Claimed Lawyer Profile
Warren John West
Bend, OR Insurance Claims Lawyer with 47 years of experience
(541) 382-1955 160 NW Irving Ave
Bend, OR 97701
Free ConsultationInsurance Claims, Animal, Asbestos and Personal Injury
University of Illinois College of Law
Compare Save
Show Preview
View Website View Lawyer Profile Email Lawyer
Warren West is an accomplished trial attorney who has practiced law for over 38 years in the Central Oregon area. For over 25 years, Warren has dedicated his legal career to representing individuals and their families in personal injury and wrongful death cases against insurance companies and resulting from motor vehicle accidents, pedestrian and bicyclist accidents, defective products, medical malpractice claims, slip and falls, and other accidents caused by negligence. He has represented thousands of people over the years who have suffered from physical injury, physical pain, mental suffering, diminished quality of life, expensive medical bills, wage loss, and diminished... 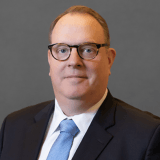 Pete is recognized as one of the premier business and construction litigators in the Pacific Northwest and over the course of his 26-year career has tried and arbitrated cases throughout Oregon, Washington, Idaho and California. He has argued and prevailed on several important... 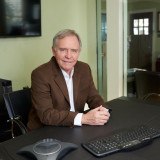 Free ConsultationInsurance Claims
University of Oregon School of Law
Compare Save
Show Preview
View Website View Lawyer Profile Email Lawyer
Since 1974 Scott has appeared for clients in many state and federal courts. As a general law practitioner for over 20 years, he has seen about everything at least once. For the last 20 years, Scott narrowed his professional focus to claims against insurance companies. You can be sure of calm, tested, and trusted advice when confronted with legal adversity.?

Outside the office, Scott is well-respected within the legal community. He is a member of the Oregon State Bar, United States District Court for the District of Oregon, US Court of Appeals for the Ninth Circuit, US Claims Court, and...


Free ConsultationInsurance Claims, Arbitration & Mediation, Business and Insurance Defense
The George Washington University Law School
Compare Save
Show Preview
View Website View Lawyer Profile Email Lawyer
Jane Hanawalt has been engaged in the practice of law since her graduation in 1988 with a degree of Juris Doctor from the George Washington University School of Law in Washington D.C. Following her admission to the State of Virginia Bar she worked for eight years in the Office of the General Council, United States Department of Agriculture before moving to California and joining the Law Firm of Jon York & Associates in 1996. Between 2001 and 2004 Jane, together with her husband, enjoyed a lengthy sabbatical, sailing the Pacific Coast of Mexico and the Sea of Cortez, on a...
FirstPrevious
Insurance Claims Lawyers in Nearby CitiesInsurance Claims Lawyers in Nearby Counties
FAQ Lawyers Get Listed