International, Business, Criminal and Immigration
Golden Gate University School of Law and FACULDADE DO VALE RIO DOCE
Compare Save
Show Preview
View Website View Lawyer Profile Email Lawyer
Norka M. Schell is a passionate advocate for her clients. Ms. Schell represents U.S. companies, foreign companies and individuals in protecting their legal rights - emigration and immigration, trades, commercial, dispute resolution, import and export - though both preventive measures and, when necessary, litigation. With an J.D. and L.L.M. in International Legal Studies, Ms. Schell speaks the language of global business and has a first- hand understanding of the issues facing her clients.


Free ConsultationOffers Video ChatInternational, Arbitration & Mediation, Business and Real Estate
Benjamin N. Cardozo School of Law and Columbia Law School
Compare Save
Show Preview
View Website View Lawyer Profile Email Lawyer
Juliette Passer is a NY attorney, arbitrator and mediator as well as an accomplished senior executive steeped in International, and the ability to help companies accelerate their penetration and growth in the United States and abroad. She has performed successfully in that role for over twenty-five years, also serving as counsel to the legal implications and nuances of these expansions. She is particularly adept knowledgeable in markets including the former USSR, Eastern and Western Europe, China, Turkey, and Panama. Finally, Juliette has extensive experience on numerous private Boards, and is available for suitable Board engagements.
Following the completion of her legal...

Claimed Lawyer ProfileSocial Media
Raoul Duggal
New York, NY International Law Lawyer with 19 years of experience
(212) 244-7570 450 Seventh Avenue
33rd Floor
New York, NY 10123
Free ConsultationInternational, Business and Securities
New York University School of Law
Compare Save
Show Preview
View Website View Lawyer Profile Email Lawyer
Raoul Duggal is a corporate attorney focusing on the representation of start-up and venture-backed companies. He has advised companies and investors on numerous venture capital and angel investments and exits. In addition, he has extensive experience advising clients on a broad spectrum of domestic and international M&A transactions, including restructuring and refinancing transactions. Raoul also has experience with public companies and has advised on domestic and international IPOs. Raoul has represented a wide variety of start-up companies and investors, as well as numerous mid- and large-sized U.S. and European corporate clients. Raoul has extensive experience in such industry sectors as technology,...

Claimed Lawyer ProfileSocial Media
Valerie S. Wolfman
New York, NY International Law Lawyer with 31 years of experience
(646) 293-4704 110 E 59th St
22nd Floor
New York, NY 10022
International, Divorce, Family and Probate
Yeshiva University
Compare Save
Show Preview
View Website View Lawyer Profile Email Lawyer
For the past 30 years Valerie Wolfman Esq. has concentrated her law practice on Family, Matrimonial and Divorce Law, Child Custody, Divorce and Equitable Distribution (both simple and complex). Many of her cases have International components, including issues such as whether a French or Chilean or Swiss pre-nuptial agreement is valid; whether a divorce should proceed in France, New York or Australia, whether the mother may relocate the residence of the child away from the father. She has also litigated Will contests and has proven heirship with the aid of a genealogist and has been a guardian in guardianship...

Claimed Lawyer ProfileSocial MediaResponsive Law
Jascha Daniel Preuss
New York, NY International Law Attorney with 21 years of experience
(212) 509-4718 100 Wall Street
10th Floor
New York, NY 10036
International and Business
New York University and Switzerland
Compare Save
Show Preview
View Website View Lawyer Profile Email Lawyer
Jascha Preuss focuses his practice on cross-border and domestic corporate, commercial and credit transactions, with an emphasis on representing businesses from German speaking countries and their US affiliates. Jascha advises investors and companies on the formation and operation of subsidiaries, joint ventures and strategic alliances, mergers and acquisitions, divestitures and asset sales, distribution agreements, and international trade and other commercial agreements. He also represents businesses headquartered abroad as US outside general counsel with regard to corporate governance, compliance and legal risk management matters. He partners with colleagues in the firm's litigation group for the representation of clients in international... 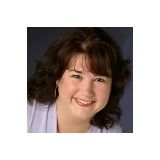 Use Justia to research and compare Galway attorneys so that you can make an informed decision when you hire your counsel.