International, Business, Criminal and Immigration
Golden Gate University School of Law and FACULDADE DO VALE RIO DOCE
Compare Save
Show Preview
View Website View Lawyer Profile Email Lawyer
Norka M. Schell is a passionate advocate for her clients. Ms. Schell represents U.S. companies, foreign companies and individuals in protecting their legal rights - emigration and immigration, trades, commercial, dispute resolution, import and export - though both preventive measures and, when necessary, litigation. With an J.D. and L.L.M. in International Legal Studies, Ms. Schell speaks the language of global business and has a first- hand understanding of the issues facing her clients.


International and Employment
New York University School of Law
Compare Save
Show Preview
View Website View Lawyer Profile Email Lawyer
WAYNE N. OUTTEN is Chair and Founding Partner of Outten & Golden LLP. He was the Managing Partner from the founding of the firm in 1998 until the end of 2018. His practice focuses exclusively on representing individuals in all areas of employment law. He co-chairs the firm’s Executives and Professionals and Whistleblower Retaliation Practice Groups.

International and Business
New York University and Switzerland
Compare Save
Show Preview
View Website View Lawyer Profile Email Lawyer
Jascha Preuss focuses his practice on cross-border and domestic corporate, commercial and credit transactions, with an emphasis on representing businesses from German speaking countries and their US affiliates. Jascha advises investors and companies on the formation and operation of subsidiaries, joint ventures and strategic alliances, mergers and acquisitions, divestitures and asset sales, distribution agreements, and international trade and other commercial agreements. He also represents businesses headquartered abroad as US outside general counsel with regard to corporate governance, compliance and legal risk management matters. He partners with colleagues in the firm's litigation group for the representation of clients in international...

Claimed Lawyer ProfileSocial Media
James Michael Maloney
Port Washington, NY International Law Attorney with 24 years of experience
(516) 767-1395 P.O. Box 551
Port Washington, NY 11050
International, Appeals, Civil Rights and Maritime
New York University School of Law and Fordham University School of Law
Compare Save
Show Preview
View Blog View Lawyer Profile Email Lawyer
I have been a solo practitioner since 1999, after having worked for two historic maritime law firms in New York City. My practice now consists almost exclusively of federal litigation, including maritime and constitutional law. I am perhaps best known for my own pro se constitutional challenge to New York's ban on the in-home possession of the martial-arts weapon known as the nunchaku ("nunchucks"), a case that has been in litigation since 2003 (and continues as of November 2015, when this passage was last edited). Over the years, I have represented numerous individuals in state and federal... 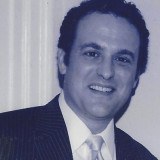 International and Business
American University Washington College of Law
Compare Save
Show Preview
View Website View Lawyer Profile Email Lawyer
Caitlin M. Hayes, Esq. a licensed New York attorney has extensive international legal know how, as well as social, cultural and marketing expertise from her varied travel and global work experiences which enhances her professional offerings to go beyond traditional lawyering into consulting, coaching and instructing. She also authors poems, a blog and articles in various publications and is the purveyor of www.SpiritualizeYourself.com a 'E-commerce Boutique for your Soul', where she sources product locally and globally that includes fair trade, sustainable, artisan products. Caitlin helps her clients navigate, and overcome, cultural differences and apprehensions that can... 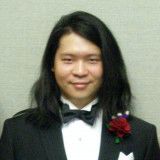