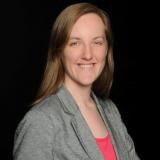 Claimed Lawyer Profile
Rebecca A. Feiereisen Compare Save
Cedar Falls, IA Juvenile Law Lawyer with 12 years experience
(319) 277-1610 3429 Midway Drive
Cedar Falls, IA 50613
Free ConsultationJuvenile, Appeals, Divorce and Family
University of Iowa
Compare Save
Show Preview
View Website View Lawyer Profile Email Lawyer
I grew up in Strawberry Point where my family still resides. Since graduating from the University Of Iowa College Of Law in 2007 I have worked in Waterloo, where I have also become involved in my church and local bar association. While I practice in the areas of child custody and dissolution of marriage, I also understand that persons with children are connected as a family. I therefore strive to work through these family issues with the long-term in mind. I continue to practice primarily in family law. 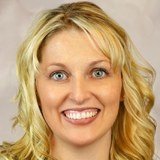 Claimed Lawyer Profile
John Nicholas Capellupo Compare Save
Cedar Rapids, IA Juvenile Law Attorney with 3 years experience
(319) 531-1333 228 2nd St SE
Cedar Rapids, IA 52401
Free ConsultationJuvenile, Criminal, Divorce and Family
Drake University
Compare Save
Show Preview
View Website View Lawyer Profile Email Lawyer
Born in raised in St. Louis, Missouri, I made my way to Iowa in 2009 to attend Drake University. I obtained a Bachelors Degree in Law, Politics and Society in 2012 and went on to attend Drake University Law School and graduated in 2016. I sat for and passed the Iowa Bar Exam in September 2016 and moved to Cedar Rapids shortly after to begin working for Viner Law Firm. In November 2019, I became a shareholder in the firm. 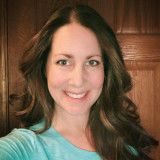 Council Bluffs, IA 51503
Juvenile, Divorce and Family
Creighton University School of Law
Compare Save
Show Preview
View Website View Lawyer Profile Email Lawyer
I believe in being the best at what you do - and what I do is establish paternity, custody, visitation, child support, separations agreements, divorce, alimony, farm valuations, property settlements, terminations of parental rights, and adoptions. I concentrate primarily in these areas so that I can offer the most focused and professional expertise in Council Bluffs, Iowa. Your legal rights are my business.


Des Moines, IA 50309
Free ConsultationJuvenile, Divorce, Domestic Violence and Family
Drake University Law School
Compare Save
Show Preview
View Website View Lawyer Profile Email Lawyer
I have over nineteen years of experience litigating complex legal matters. As a member attorney at Whitfield & Eddy Law, I currently focus my practice on litigating family law matters, including dissolution of marriage, custody, spousal support, domestic abuse, grandparent guardianship and termination of parental rights cases. I received my Bachelor of Business Administration in Business Management with honors from Baylor University in 1996. In 1999, I graduated from Drake University Law School. Shortly after graduation I moved to Dallas and was admitted to the Texas bar. I worked as an Assistant District Attorney with the Dallas... 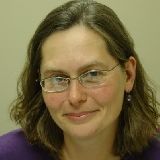 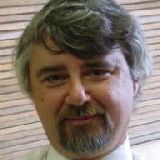 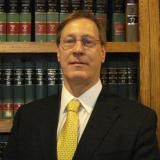 Claimed Lawyer Profile
Frank J. Nidey Compare Save
Cedar Rapids, IA Juvenile Law Attorney with 39 years experience
(319) 369-0000 425 2nd St. SE
Suite 1000
Cedar Rapids, IA 52401
Juvenile, Appeals, Divorce and Family
University of Iowa
Compare Save
Show Preview
View Website View Lawyer Profile
FRANK J. NIDEY, partner, is a 1980 graduate of the University of Iowa College of Law with distinction. He practiced as a public defender in the Burlington and Cedar Rapids offices for a total of four years. He has been in private practice since 1984. Mr. Nidey is a member of the Linn County and Iowa State Bar Associations, and the Linn County Family Law Committee. Mr. Nidey is the co-author of "Mandatory Penalties, Victim Cooperation, and the Judicial Processing of Domestic Abuse Assault Cases," Crime and Delinquency (1995). He was given the Volunteer Lawyers... 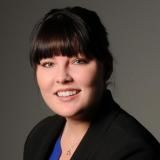 Claimed Lawyer Profile
Dana Judas Compare Save
Cedar Rapids, IA Juvenile Law Lawyer with 5 years experience
(319) 731-0549 425 Second Street SE, Suite 900
Cedar Rapids, IA 52401
Free ConsultationJuvenile, Divorce and Family
University of Iowa
Compare Save
Show Preview
View Website View Lawyer Profile Email Lawyer
I am a Waterloo, Iowa native practicing exclusively in family law. I received my BA from the University of Iowa in 2010 where I majored in English and graduated with honors. In 2014, I graduated from the University of Iowa College of Law and was admitted to practice in Iowa in September. In March of 2016, I joined Arenson Law Group, PC where I focus on areas of child custody and dissolution of marriage. Prior to joining Arenson, I practiced family law and criminal defense at another Cedar Rapids firm. I am currently a member of the...

Claimed Lawyer ProfileSocial Media
Seth J. Harrington Compare Save
Urbandale, IA Juvenile Law Attorney
(515) 975-3447 2961 100th Street
Ste. 9
Urbandale, IA 50322
Juvenile, Criminal, Estate Planning and Family
Compare Save
Show Preview
View Website View Lawyer Profile Email Lawyer
Law school doesn’t just teach you about the law. It also teaches you to never give up. While it was probably the hardest thing I ever did, the lessons I learned there are why I can stand up for clients at some of the hardest times of their lives. I graduated from Drake Law School in 2004 and have ten years of experience in the courts of Iowa standing up for people’s rights, whether as a private attorney, a prosecutor or a child protection attorney.

Use Justia to research and compare Crystal Lake attorneys so that you can make an informed decision when you hire your counsel.