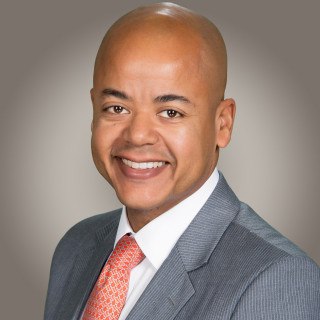 As a second and third year law student, Mr. Gabroy clerked for the legendary and nationally respected law firm Herman, Herman, & Katz. As a law clerk for Herman, Herman & Katz, Mr. Gabroy worked alongside and learned from lawyers taking on some of the biggest corporations,...

Claimed Lawyer Profile
Patricia Erickson
Clark County, NV Juvenile Law Lawyer with 32 years experience
(702) 388-1055 601 S 10th St
Suite 108
Las Vegas, NV 89101
Juvenile, Appeals, Criminal and White Collar Crime
McGeorge School of Law
Compare Save
Show Preview
View Lawyer Profile Email Lawyer
I graduated from McGeorge School of Law in 1988 and moved to Nevada to work for the criminal defense firm of Goodman, Stein and Chesnoff. While at the Goodman firm, I was responsible for preparing all motions for clients who were assigned to me by each of the partners. This gave me significant experience in researching and preparing motions in Nevada state cases and in federal cases where the clients were usually charged with committing major drug crimes such as Continuing Criminal Enterprise, RICO and Conspiracy to Distribute Controlled Sentences in Los Angeles, California, San Diego, California and...

Claimed Lawyer ProfileSocial Media
Donn Prokopius
Clark County, NV Juvenile Law Lawyer with 23 years experience
(702) 474-0500 3407 W. Charleston
Las Vegas, NV 89102
Juvenile, Arbitration & Mediation, Criminal and Family
Compare Save
Show Preview
View Website View Lawyer Profile Email Lawyer
Donn was born in Cleveland, Ohio in 1971. He attended undergraduate school at Bowling Green State University and received on undergraduate degree in business in 1993 and went on to receive a Masters in Business Administration in 1994. From there he when straight to law school at Case Western Reserve University and graduated in 1997 with a Juris Doctorate degree. Donn W. Prokopius was admitted to the State Bar of Nevada in October of 1997 and has been practicing in the area family law, criminal defense, and personal injury since that time. He opened his own...

Claimed Lawyer Profile
Paul R. Wolfe
Washoe County, NV Juvenile Law Attorney with 6 years experience
(775) 224-2194 432 Court Street
Reno, NV 89501
Free ConsultationJuvenile, Criminal, DUI and Family
University of the Pacific, McGeorge School of Law
Compare Save
Show Preview
View Website View Lawyer Profile Email Lawyer
RETAIN A FORMER POLICE OFFICER FOR YOUR DEFENSE After you have been charged with a crime, it is vital to retain a criminal defense attorney who has the experience and skill to fight your charges. Defending your case in the strongest possible way is critical to your freedom and your future. Your lawyer should have a thorough understanding of both defense and prosecution and should know exactly what a police officer can and cannot do when making an arrest. At Wolfe Law, Attorney Paul R. Wolfe brings experience unmatched by the vast majority...

Claimed Lawyer ProfileSocial Media
Troy Jordan
Washoe County, NV Juvenile Law Lawyer with 15 years experience
(775) 432-1581 300 S. Arlington Ave, Suite B
Reno, NV 89501
Free ConsultationJuvenile, Appeals, Criminal and DUI
California Western School of Law
Compare Save
Show Preview
View Website View Lawyer Profile Email Lawyer
I grew up in Eureka, Nevada. After high school I attended the University of Nevada in Reno. After receiving my Law Degree from California Western School of Law, I was admitted to Nevada State Bar in 2004. I am also admitted to the Federal District Court of Nevada and the 9th Circuit Court of Appeals. I have previously worked as a Deputy District Attorney for Elko and Carson City. I have also worked as a Senior Deputy Attorney General for the State of Nevada.